Nikki Gil bounces back: I refuse to wallow 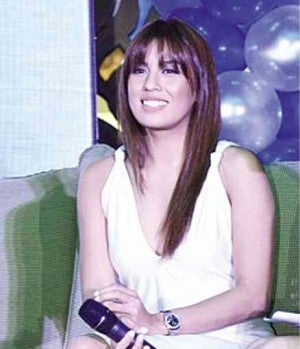 Having recently lost love and found another, Nikki Gil said recording and releasing a new album couldn’t have come at a better time.

All that transpired in the past two years, she said, helped her give depth to the material—something that didn’t happen in her previous efforts.

“At the risk of sounding cheesy, I say all that made my current work more soulful,” Nikki said of “Love Revisited (Universal Records)”—her first studio album since 2010, and her fifth overall.

Nikki, who broke up with singer-TV host Billy Crawford in 2013, is engaged to businessman BJ Albert. They plan to tie the knot before the year ends.

A song in “Love Revisited” that she feels she gave justice to is the Regine Velasquez hit “You’ve Made Me Stronger.”

The 12-track album features well-loved Filipino love songs that she personally selected—such as “You’re My Home,” “A Smile in Your Heart,” “It’s Over Now” and “Farewell.” It also includes the PhilPop 2014 entry “Babalikan Mo Rin Ako,” which she interpreted.

Another song that resonated with her was Ric Segreto’s “Loving You,” said the 27-year-old celeb, who’s partial to “complex melodies and heartfelt lyrics.”

The one that most aptly describes her current state, she noted, is “When I Met You” by Apo Hiking Society.

“Everything’s beautiful … and butterflies!” quipped Nikki, who said that singing is her top priority at the moment. “I missed both working in a studio and performing in front of a live audience,” she said.

Asked how she quickly bounced back from heartbreak, Nikki said she simply couldn’t hold a grudge, “I refused to wallow. Love never runs out; the more you give, the more it will come back.”