Howard Jones, Belinda Carlisle look back on the ’80s 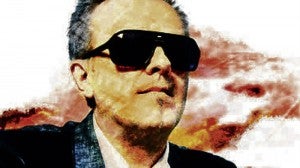 For people who came of age in the 1980s, memories of New Wave music won’t be complete without talking about The Human League, Howard Jones and The Go-Go’s.

We used to hear their songs on 99.5 RT and sometimes on RJ-FM. The Human League’s “Don’t You Want Me,” “(Keep Feeling) Fascination” and “The Lebanon,” among others, made us dance while digging the tunes’ interesting lyrics.

The optimist attitude in Jones’ hits like “No One Is to Blame,” “Things Can Only Get Better” and “What Is Love” got us into a happy mood, while the youthful energy in “We Got the Beat,” “Our Lips Are Sealed” and “Vacation” by The Go-Go’s was infectious.

The Inquirer had a chat with Jones on the phone and with Belinda Carlisle of The Go-Go’s via e-mail recently. They will join The Human League in a one-night concert tomorrow at the Smart Araneta Coliseum. Excerpts:

What did you appreciate most about ’80s music?

Howard Jones (HJ): It was a very good time for pop music. There were exciting moments … there was New Wave, indie rock, ska, reggae. The clothes and hairstyles were different, too.

BELINDA Carlisle: “I think it was the last great decade of music which transcended itself into fashion and art.” AP

Belinda Carlisle (BC): It had a certain distinct sound and I think it was the last great decade of music which transcended itself into fashion and art.

What do you consider was its greatest contribution to contemporary pop music?

HJ: I personally feel that the ’80s broke away from the ’60s and ’70s through the use of synthesizers. That was our rock ’n’ roll and we didn’t need to have long hair and tight jeans to do that.

Why do you think synthesizers became the standard instrument of British New Wave and, to a certain extent, its American counterpart?

HJ: We wanted to do something different and so we made music with drum machines and synthesizers. Traditional rock ’n’ roll people hated us for that.

BC: The American counterpart was the same, and loops in drums and synthesizers had never been used in the same way previously.

How much of an influence was punk rock, or rock ’n’ roll in general, on development as songwriters?

HJ: Punk played a big role when I was starting out. I was inspired by the hairstyle and attitude. In my early recordings I used to sing the songs in a very punk way.

BC: I grew up with the California sound – The Beach Boys, Mamas and The Papas – and it had a big influence in my psyche as an artist. Of course, punk rock came along and that was a very big influence, too, on The Go-Go’s. I would never have existed without punk rock.

Who were your songwriting models or idols, and what did you learn from them?

HJ: I was a big fan of Don Henley and Paul Simon. They had well-crafted lyrics.

BC: Debbie Harry and Chrissie Hynde for their phrasing and uniqueness. I learned from them that you can be anything you want to be and not have to fit into an artistically acceptable idea.

Which song of yours do you believe best represents your reason for becoming a musician?

BC: “Circle in the Sand.” It reminds me of why I love the music that I do. Melodically, it is similar to the sound I grew up with. Lyrically, it is poetic and not literal.

Who among the current generation of bands or singers impress you the most and why?

HJ: Laura Marling. She’s only 21 but has a towering talent. And also Hurts, (a British synthpop duo), which has released one album so far. It has real songwriting talent.

BC: I love Beyonce, Eminem, Jay-Z. I am so impressed with their songwriting and production talents. Beyonce is the most beautiful woman on the planet.

Is this your first time to play together in one concert? What can your fans in Manila look forward to?

HJ: I’ll be playing with a three-piece band and we’ll do a lot of hits.

BC: I have done shows with other artists before, but this is my first time to be in Manila. Fans can surely expect to hear the hits!