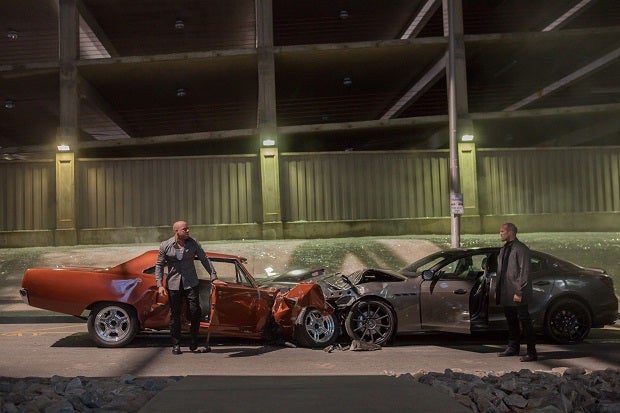 This file photo provided by Universal Pictures shows, Vin Diesel, left, as Dom Toretto, and Jason Statham, as Deckard Shaw, in a scene from “Furious 7.” The high-octane thriller “Furious 7” maintained its pace in its third week and zoomed past $1 billion, according to studio estimates Sunday, April 19, 2015. AP

The strong weekend showing gives the car racing action flick a $294 million haul in the US and Canada since its release and giving the movie certifiable blockbuster status. 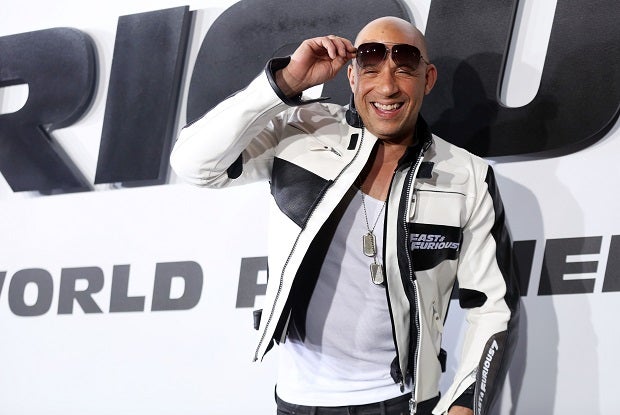 In this April 1, 2015, file photo, Vin Diesel arrives at the premiere of “Furious 7” at the TCL Chinese Theatre IMAX in Los Angeles. The reigning box office champion might have slowed from its blockbuster debut, but “Furious 7” maintained first place for the third weekend in a row with an estimated $29.1 million, according to box office tracker Rentrak on Sunday, April 19, 2015. AP

The franchise of all seven “Fast and Furious” films has brought in a record-breaking $3.39 billion, NBCUniversal said.

The social media horror flick starring Heather Sossaman finds a chat room of friends haunted by an online account of a dead friend.

Animated children’s film “Home,” about an unpopular space alien forced to flee his own kind, earned the fourth spot on the chart with $10.3 million in estimated sales.

The film, featuring the voices of celebrities Rihanna and Jennifer Lopez, has brought in $142.6 million overall. 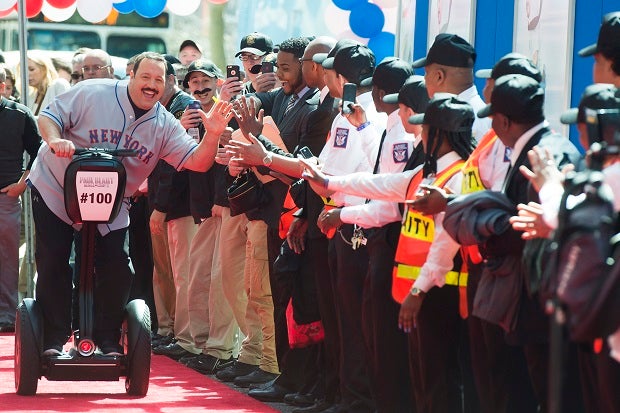 Kevin James arrives on a Segway to the premiere of “Paul Blart: Mall Cop 2” at AMC Loews Lincoln Square on Saturday, April 11, 2015, in New York. AP

In its second week, romance novel adaptation “The Longest Ride,” brought in $6.85 million for the fifth spot following its third place debut. The movie stars Scott Eastwood, the son of actor-director Clint Eastwood.

The Will Ferrell and Kevin Hart buddy comedy “Get Hard” about a prison-bound investment banker and car washer took in $4.8 million for the sixth spot on the chart.

New nature documentary “Monkey Kingdom,” narrated by actress Tina Fey, made its debut in the seventh box office spot with $4.7 million in sales.

The film follows a newborn and mother toque macaque in the wilds of Sri Lanka.

In eight place with $4.6 million was “Woman in Gold,” the true story of an elderly Holocaust survivor trying to get back her Nazi-looted artwork from Austria.

The Disney film has been on the charts for six weeks, bringing in a total of $186.3 million.