Jeremy Renner: My heart’s with Pacman 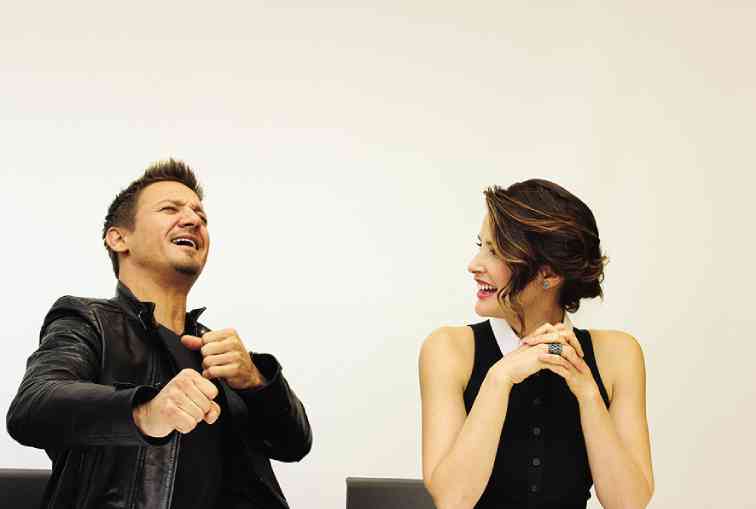 LOS ANGELES—“Come on, man. That’s an easy one!” Jeremy Renner replied when we asked who he is rooting for in the coming Manny Pacquiao-Floyd Mayweather Jr. bout. “My heart’s always with Manny. Yeah, I’ll be watching the fight most likely from home. I can’t wait. It’s going to be the fight of the century.” 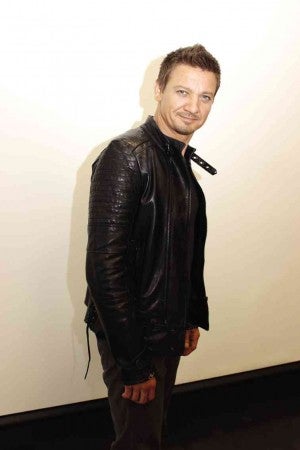 Renner says directing him and his popular costars in “Avengers” was, for Joss Whedon, “like wrangling and herding kittens.” RUBEN V. NEPALES

Asked who he was wearing in this interview at the Disney lot in Burbank, the actor who plays Clint Barton/Hawkeye in “Avengers: Age of Ultron” quipped, “I’m not wearing any pants.” Cobie Smulders (Maria Hill in the movie), paired with Jeremy in this chat, cracked, “He takes them off when he does interviews behind tables.”

As for his own fight scenes in “Ultron,” which use a lot of special effects, the actor who shot most of “The Bourne Legacy” in the Philippines and fell in love with the country, said that instead of acting with ping-pong balls, “Sometimes, when a scene is closer to the camera, they’ll use real guys in costumes that they can just wipe out digitally. So when it comes to me firing at guys or stabbing a guy, robots or whatever, it helps to have a little bit of reference. Most of the time, you just have to use your imagination.”

With a big, star-studded cast, Joss Whedon had quite a job directing the movie, according to Jeremy. “When there’s like 10 of us in a scene, there’s a lot to cover. So it seems like you’re doing that scene for many days. We get in the way of things getting done because we like each other so much. It’s hard for anyone to listen. It’s like wrangling and herding kittens. Poor Joss. I feel sorry for him. But we all have a good time and that’s not a hard thing for us to do.”

On how he sees himself in 20 years, Jeremy, who’s set to shoot an untitled “Bourne” sequel that’s due next year, answered, “Hopefully, still alive. Let’s start with that. And hopefully not in tights. I don’t think anybody wants to see this guy in tights at 64.”

“I kind of… do,” the lovely Cobie teased with a smile.

“I’d throw my back out,” added Jeremy, who also stars in “Mission: Impossible-Rogue Nation,” “Story of Your Life” and “Captain America: Civil War.” “I don’t know, man. I’d like to just be around for my baby (Ava Berlin, born in March 2013). That’s all I care about. She won’t even be a baby at that point. I’ll have to fight off some guys at that point.”

Pinoy singers take us back to Manila days

It appropriately felt like the late 1960s and early ’70s in Manila when Djhoanna Garcia, Lirio Vital, Heidi Tann and Mon David began their recent show in Los Angeles with a medley of beloved hits from that era. The four singers, who made their mark back home before moving to the United States, reunited in “Intimate (Up Close and Personal)” at Art Share LA, a downtown LA warehouse turned into a facility for art exhibits, events and shows and live/work lofts for artists. 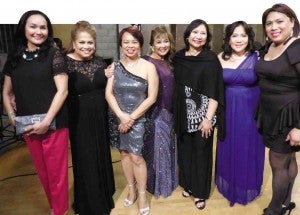 The cozy setting served as a perfect spot for the show graced by the likes of actress Hilda Koronel and her Fil-Am husband Ralph Moore, singer-songwriter Cecile Azarcon-Inocentes and other familiar faces from the homeland, now based in California, who enhanced the show’s feel of being at our old club haunts in Manila. Hilda looked young, as beautiful as she did when she broke through with the film “Santiago” at the tender age of 13.

The four performers’ nostalgic medley of “Up, Up and Away,” “What the World Needs Now Is Love,” “See You in September,” “California Dreamin’” and “Mas, que Nada!” took us back to the time when Hilda was a contract star of Lea Productions.

Mon David, one of the best male vocalists the Philippines has ever produced, continued the night’s throwback feel with “The Windmills of Your Mind,” the memorable Oscar best song winner from the 1968 film, “The Thomas Crown Affair,” and the standards “Feelin’ Good” and “Straighten Up and Fly Right.”

Mon was joined by Heidi for a duet version of “The Lady Is a Tramp.” Like Mon, Heidi sang in the top hotel lounges in the Philippines and Asia. Heidi, Mon and Djhoanna are now based in LA, while Lirio lives in Texas.

Heidi’s well-applauded set included the standards “That’s All” and “They Can’t Take That Away from Me” and the contemporary “Sunlight.”

Lirio, ever the charismatic performer, could be counted on for Filipino numbers and she delivered them—“Bukas Na Lang Kita Mamahalin” and a medley of songs in various Philippine dialects.

The songstress brought us back to the present when she called on her own son, Chris Arredondo, not any of the usual male singers from her “Aawitan Kita” days, to duet with her on “The Phantom of the Opera.”

Chris, a winning performer like his mom, opened the show. He played the guitar as he sang Twenty One Pilots’ “House of Gold” and his original composition, “Pictures.”

Lirio capped her set with “The Prayer.”

Wearing black, Djhoanna dramatically began her spot with Adele’s “007” theme song, “Skyfall.” Then Djhoanna also brought us back to the ’70s with a Barry Manilow medley, and then to the ’80s with her rousing rendition of “I Am What I Am” from the award-winning Broadway musical, “La Cage aux Folles.”

Speaking of Broadway, we can’t wait to hear Djhoanna’s rich, powerful voice backed by the 55-member strong Filipino-American Symphony Orchestra (Faso) in “Faso Goes Broadway” on April 25, 7 p.m. at the Alex Theatre in Glendale, California. Djhoanna belting “Don’t Cry for Me Argentina” and “New York, New York” is expected to be one of the evening’s many highlights. She will be joined by Fil-Am Broadway talents and other performers, including gifted child vocalists.

Back to the “Intimate” show, the quartet ended the night with one more nod to the late ’60s, “Can’t Take My Eyes Off of You.” For their encore, they returned to the present with “Mary, Did You Know?”