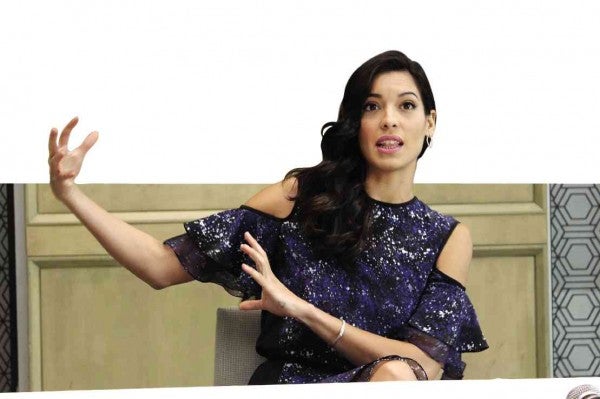 As hundreds of elaborately costumed and made-up extras paraded in a Dia de los Muertos (Day of the Dead) celebration, complete with giant skeletons on floats and dancers performing on a stage, a helicopter landed on the cobblestoned plaza and then quickly flew away.

“Bond is following a lead, an assassin, and he comes here in the middle of the Day of the Dead ceremonies, which is very particular to Mexico City,” explained Barbara Broccoli, daughter of the late Albert Broccoli, the man behind the earlier Bond films, who now coproduces the 007 series with her stepbrother, Michael G. Wilson. He stood beside Barbara in this restaurant/bar of Gran Hotel De La Ciudad De Mexico, which lives up to its name—a grand Art Nouveau building that started as the most exclusive store in Latin America in the early 20th century and then converted into a hotel in the 1970s.

“Sam has recreated it (Day of the Dead celebration),” Barbara said. “It’s going to be the most spectacular pretitle sequence we have ever done.”

The huge historic square (formally known as Plaza de la Constitución) down below was barricaded for the shoot, which took four days. Spectators stood behind the barricades, hoping to catch a glimpse of Daniel Craig, who is back as 007.

The sequence is basically a chase involving Bond and a bad guy, Marco Sciarra, played by Italian actor Alessandro Cremona. It starts with the British secret operative and Estrella (new Bond girl Stephanie Sigman) walking down the street and entering this Grand Hotel…It appears to be a seduction scene but our suave secret agent has another thing on his mind when he enters Estrella’s room: To get a better view of the plaza where something bad is about to happen.

Bond defuses the situation by assassinating someone, which triggers the chase. There’s an explosion. Bond and Sciarra run through the Day of the Dead parade. Sciarra calls on his mobile phone for backup and then a helicopter lands. Sciarra jumps on the copter but Bond catches up and rides, too. The two fight midair as the copter twists and turns.

We were told that the stunt pilot is Chuck Aaron, supposedly the only one in the world who can do amazing flips with the helicopter. 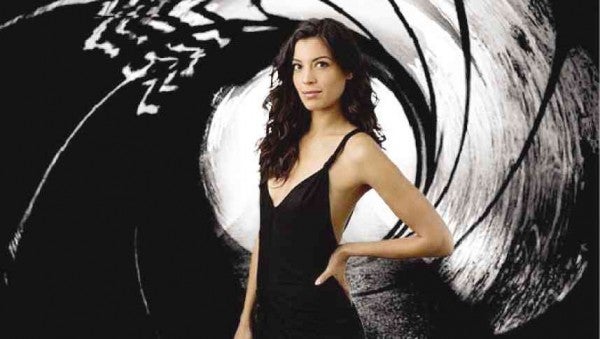 Looking bohemian in one corner of the restaurant was Dennis Gassner, who started in the art department staff of “Apocalypse Now” during the shoot in the Philippines. He has since become a five-time Oscar nominee, winning a best art direction trophy for “Bugsy.” As “Spectre’s” production designer (he also did the two previous Bond movies, “Quantum of Solace” and “Skyfall”), Dennis recreated the Day of the Dead festivities on a grander scale.

Dennis, whose recent work for “Into the Woods” also earned him an Oscar best production design nod, said he cherished his “Apocalypse Now” experience because he got “to work with my mentors, Dean Tavoularis and Francis Coppola. I’m just trying to perpetuate good art, good experiences in filmmaking.”

On the Philippines, the Vancouver native said, “Extraordinary place. Every place in the world is extraordinary when you’re allowed to create something interesting.”

The next day, we talked to Stephanie, the first Bond girl from Mexico. The brunette is an avid boxer. Will she get to kick Bond’s rear in “Spectre?” “Well, I don’t know. Maybe!” the actress exclaimed with a laugh.

“My trainer keeps trying to convince me to actually fight but I won’t,” Stephanie added. “I’m an actress.” Her breakout role was the title character (a kidnapped beauty queen) in the acclaimed “Miss Bala,” Mexico’s Oscar best foreign film entry in 2011. She starred in “Pioneer,” Norway’s bet in the 2014 Oscars.

Stephanie’s dad is American—Kansas City native Lee Sigman, a former baseball player who became a manager and is now a scout for the New York Yankees in Mexico. She said he and her Mexican mom met in a baseball stadium. Born and raised in Sonora, Mexico, Stephanie learned to speak English at 16 to help her communicate with people as she traveled around the world as a model.

“Nobody in the family works in this industry,” said the middle child (she has two siblings, both boys). “They are into sports. So I am the weirdo.”

She moved to LA two years ago to avoid the constant traveling between the United States and Mexico. She appeared as Eva in the FX series, “The Bridge,” and stars as Valeria Velez in the Netflix series, “Narcos.” You may have seen her as a sultry carnivore in the Arctic Monkeys’ video for “Snap Out of It.” 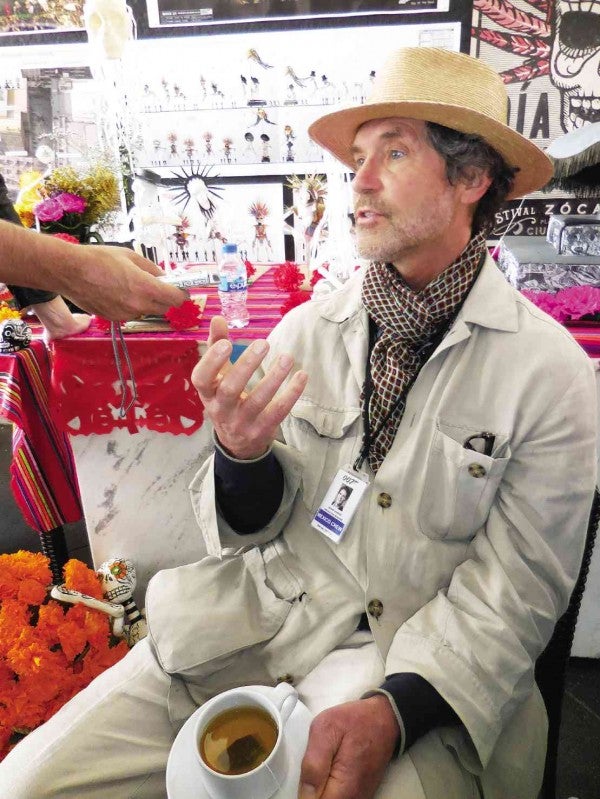 On her British costar, Stephanie said, “Daniel is very supportive on the set. He’s a very generous actor, nice, sweet and charming. That’s why he is who he is.”

Asked if she’s a Bond girl who’ll turn out to be a villain, Stephanie laughed again and replied, “I can’t really say.”

She did talk proudly about the Bond shoot in her country. “It was a very good first day of work,” she declared. “I was very nervous, as I am in every project I do. On the first day, you never know how is it going to work out with the other actors and the director.

“I am very proud of the whole Day of the Dead party. I feel really proud of being Mexican. We have so many beautiful celebrations and cultural traditions that make this country special. So I am really happy to see that the whole world is going to be able to see that.”

Coming from small indie films, Stephanie remarked, “In a film like this, everything is so big, it’s crazy.”

Stephanie recounted how she landed the plum role: “I got a call from a local casting director who told me about the project. I was supposed to go and audition but I got sick and went to the hospital. I really wanted to do it so, at home, I taped my audition with a friend.

“Then after a month, they had me meeting with Sam Mendes. We had a conversation and then that was it. I wasn’t really sure after that conversation if I got the role or not. But then they called my agent. This was in October or November.

“When I got the role, I was like, I’m going to try to not be excited too much. I tried to be careful to only say that I am in a project because until I am already there on the set, a lot of things can still happen. I am still processing the whole attention thing. It’s been a learning process.”

“Fire. We are fiery,” Stephanie quickly answered when asked what an actress of Latin descent like her brings to the role.

On whether she embraces the sexy image of a Bond girl, Stephanie quipped, “Maybe for some, I am not sexy but for other people, I am sexy. If I am sexy, well, good!” 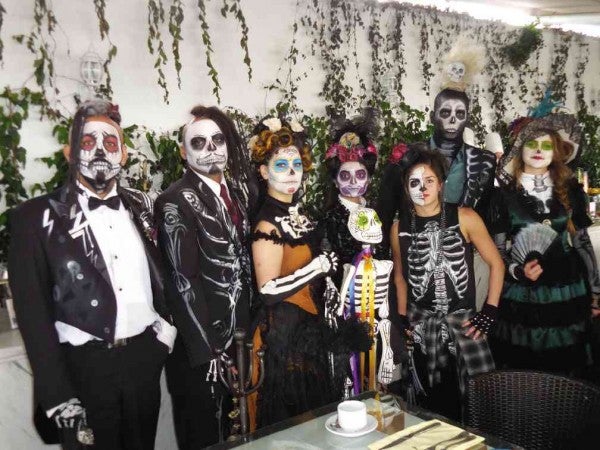 As we write this, Daniel is recovering from a minor knee surgery during a scheduled break in the “Spectre” shooting sked. He reportedly sprained his knee back in February and not during the Mexico shoot. He’s said to resume filming on April 22 in the United Kingdom.

After the shoot in the Pinewood Studios, the “Spectre” cast and crew will head out for its next and last exotic location: Morocco.