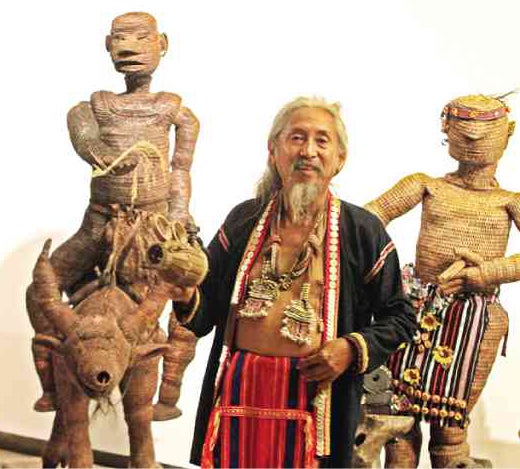 Kidlat Tahimik at the Cultural Center of the Philippines in 2012, receiving another award, the Fukuoka Prize for Asian arts and culture photo: RICHARD A. REYES

BAGUIO CITY—The acknowledged father of alternative/independent Filipino filmmaking returned the lifetime achievement award he received from the Cinemalaya Philippine Independent Film Festival to protest its decision to do away with a program dedicated to young filmmakers.

Dismayed by reports that Cinemalaya has taken out its New Breed film program, which provided eligible aspiring directors with seed money, Kidlat Tahimik returned his Gawad Balanghai trophy “for outstanding contribution to Philippine independent cinema” to the University of the Philippines Film Center on March 23, when he hosted the premiere of his film, “Balikbayan #1.”

“New talents will be forced into the same boxing ring as the heavyweights,” he said, explaining his reaction to Cinemalaya merging the New Breed program with the section dedicated to established directors.

“It’s like high school boxers being sent to tussle with Manny Pacquiao,” he said.

He’s not withdrawing the bamboo camera that he gave Cinemalaya on its 10th anniversary. “I give them credit for inspiring young independent directors in the last 10 years. It’s the next 10 years I am worried about,” he said.

Kidlat distributes bamboo cameras to individuals, groups or institutions whose impact on the making of independent films he acknowledges.

“I know what it is like to be a first-timer trying to get your film across the finish line,” he said. “In my day, you had to find a festival that would give you a cold audience. It’s important for filmmakers to find such an audience. It’s easy to fill up an auditorium with your friends—they may like [the film] because they like you. A cold audience gives you perspective; you will be told where the bad spots are.”

This is not a case of finger-pointing, Kidlat said. “I’m not downgrading the achievements of Cinemalaya stalwarts. I appreciate what they have done so far. However, the money mentality seems to [indicate] that it’s more efficient to put together the little leaguers with the big boys. Then you forget your mission.”

Thoughtfully, Kidlat asked, “What was your mission, Cinemalaya?”