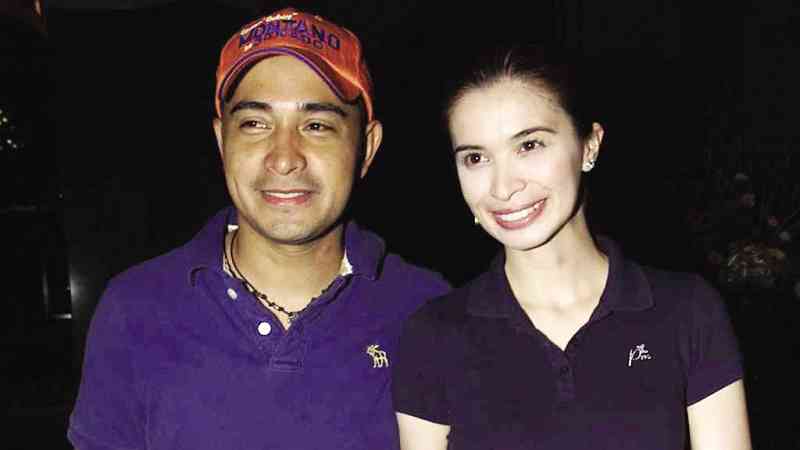 CESAR Montano and Sunshine Cruz. His sister hopes they can settle differences discreetly.

Holy Week is the perfect time to make amends. I really wish Buboy and Shine could get to the point where friendship will make forgiveness easy. For whatever they have shared is worth, may they become a beautiful memory to each other when the frenzy is over.

You quoted [a Facebook] post made by Ms. Sunshine Cruz supposedly made in response to my statements, which were quoted in your March 2, 2015, column, “Cesar’s sis unleashes a mouthful vs. Shine.”

“Guys, the rape case is still pending. I’m not doing this for money because I have been providing well for my kids since I got separated two years ago… I have been really quiet about this because I believe this should be settled in court… I am a mom and whatever I am doing now is… for my children. Ched/Marimer is mad at me. She once harassed me, [saying] that Buboy was not the father of our youngest. I won [that] libel case. One more thing, she is the sister of my ex, so… her actions [don’t surprise me]… I am a mom, who will protect and fight for my three girls.”

Let me state that I appreciate the fact that Sunshine appears to understand where I am coming from. I mean her no harm; nor do I bear her any malice. I am simply a sister who is prepared to defend the honor of my family’s name and my brother.

I would also like to set the fact straight insofar as her allegation that she won a libel case against me by securing a conviction against me because [it] is not true.

If she is referring to the libel case filed against me before Branch 160 of the Regional Trial Court of the City of San Juan docketed as Criminal Case No. 138830, the records will show that she withdrew that complaint through an Affidavit of Desistance, stating: “After a careful evaluation and thorough examination of the facts and circumstances surrounding the filing of the said case, I have come to the conclusion that the above-[titled] case arose out of a simple misunderstanding and that in order to preserve the unity and sanctity of our family, I have decided not to pursue the said case against her.”

Consequently, in an order dated May 7, 2009, the Honorable Judge Myrna V. Lim-Verano ruled, “Finding the motion to withdraw information filed on March 23, 2009, by the Public Prosecutor well-taken, the same is hereby granted. Accordingly, the information is hereby withdrawn.”

I no longer desire to aggravate this matter between Sunshine and myself. I only pray that Buboy and Sunshine will be able to settle their differences discreetly because, like Sunshine, I am concerned about how all of these will affect their children.