Backstreet Boys coming to Manila on May 5 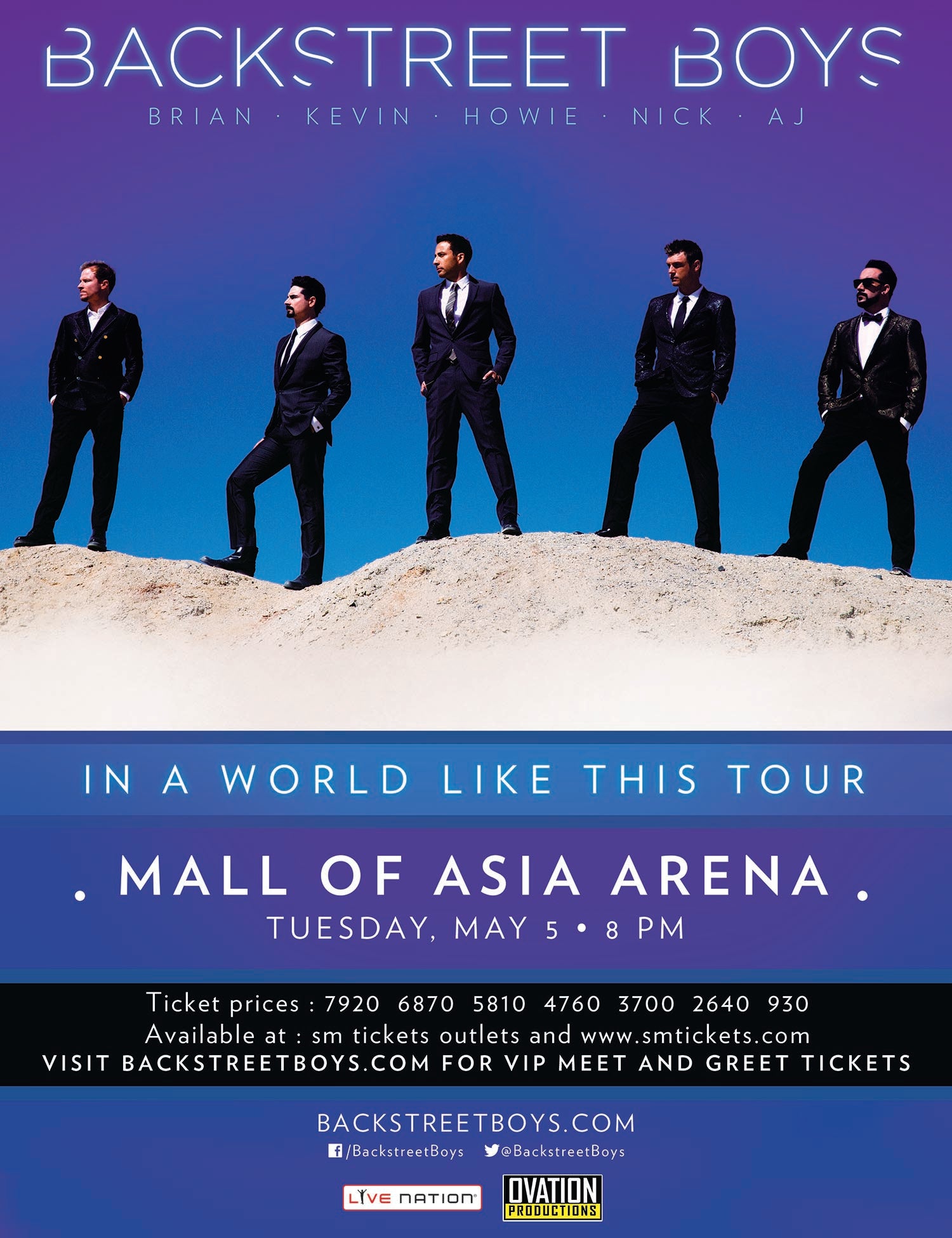 MANILA, Philippines – Backstreet Boys, acclaimed as the best-selling boy band of all time which dominated the music and recording industry from the early 1990s onwards, is coming to Manila to do a major concert on May5 at the Mall of Asia Arena in Pasay City.

​The group is loved for its many huge hits like “I Want It That Way,” “Everybody (“Backstreet’s Back”),” “As Long As You Love Me,” “I’ll Never Break Your Heart,” “Anywhere For You,” “Larger Than Life,” “Show Me The Meaning Of Being Lonely,” “This Is Us,” “Never Gone,” “Unbreakable,” and many more. With over 130 million records sold worldwide, Backstreet Boys has left its mark in the music and recording industry as one of the world’s top-selling music artists.

On April 22, 2013, the multiple award-winning and Grammy-nominated group received a star on the Hollywood Walk of Fame.

In commemoration of its 20th anniversary in the music and recording industry, Backstreet Boys came out with a full-length movie documentary titled, “Backstreet Boys” Show “Em What You’re Made Of,” which was filmed over two years and chronicles its musical journey by delving into the extremes of fame and fortune that each member has undergone.

​An emotionally open and honest documentation of the biggest and most successful musical group in history, the film documentary stars original group members Nick Carter, Howie Dorough, Brian Litrell, AJ McLean and Kevin Richardson, who also produced the film along with Mia Bays.

Ihe film opened last Jan. 30 in theaters and video-on-demands throughout the US through Gravitas Ventures, released  in February in the United Kingdom and Europe and on March 28 worldwide.

The documentary will have its worldwide television premiere as part of the Emmy Award-winning “VH1 Rock Docs” franchise scheduled to debut on VH1 in the Spring of 2015. ADVT

TAGS: Backstreet Boys, May 5 at the Mall of Asia Arena