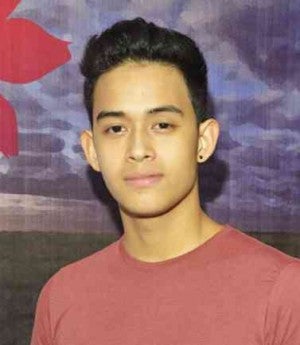 Don’t look now, but Liza Soberano now has three hunky suitors on “Forevermore”: Her former flame, Enrique Gil, has come back to beg forgiveness, her best friend from childhood is on platonic mode but still hoping against hope, and her new bandmate, Diego Loyzaga, is giving Enrique real competition. Whom will the “haba ng hair mo” damsel finally deign to enrapture with her “matamis na oo”?

Last Tuesday, March 17, the scene was set for that eventual revelation by having Enrique and Diego appear at the same bash in a sing-along bar.

Even better, the bar’s resident sing-along masters and “audience insulters” focused on the girl and her two “applicant” hunks, and made outrageous fun out of their obviously competitive and even combative relationship.

Best of all, the romantic rivalry became a singing competition, with Diego and Enrique doing their vocal utmost to impress Liza with their love anthems.

Diego was the first to have a go at it, and he acquitted himself very well, indeed! Not only did he do well as a singer, but his total projection was the stuff of which future stars should be capable of!

Then, it was Enrique’s turn to serenade Liza—and, sadly, he ended up as a clear second-best. In fact, he didn’t sing well at all, and his number concluded with him screeching for “comic” effect.

Unfortunately, the “effect” was grating instead of funny. It was like he had enrolled in the “what fun, I sound so bad” Anne Curtis School of “Singing”—and flunked. Anne may be able to cheekily get away with bad singing sometimes, but Enrique has yet to find out her cynical “secret.”

So, after last Tuesday’s lopsided vocal competition, the score in the Enrique-Diego duel for Liza’s hand stands at 1-0—in Diego’s clear favor! What will Enrique do next to even up the tally?

People who read our articles know that our favorite broadcast journalist is Charlie Rose, who’s famous for his insightful but not pedantic interviews with a wide range of newsmakers, from heads of state to idiosyncratic performers and visual artists.

This year, we’ve added another fave to our very short list—she’s the BBC’s peripatetic program host and interviewer, Linda Yueh.

We first noted Ms Yueh’s exceptional ability when we caught a telecast some months ago of “Talking Business With Linda Yueh.”

The telecast was focused on answering a key question involving the overall health of the global economy—a “heavy” subject that she was able to clarify and answer even for “ordinary” viewers, by sheer dint of her hard work and rigorously arrived-at insights!

Most program hosts would be content to line up two or three resource persons for a single telecast, but Yueh interviewed seven VIPS to arrive at her conclusive insights!

Even more impressively, they were located in different parts of the world, and yet she thought nothing of flying hither and thither just to connect their individual responses and come up with her own massively illuminating conclusions—for just a single telecast!

Clearly, Yueh is a broadcast journalist who is prepared to do anything and everything to inform and illuminate her viewers completely and well.

What a big difference when compared to other TV people who lazily stretch a single interview to a full hour, just to full up all that programming time with the least possible effort.

How did Yueh get to be so good at her job? Born in Taiwan, she’s an economist of dual American and British citizenship, and is currently Chief Business Correspondent and contributing editor for BBC News.

She has a BA from Yale University, a Master of Public Policy, a JD from New York University School of Law, and a Ph.D in Economics from Oxford University. —You can’t beat educational credits like those!

In addition, she teaches at London Business School and Oxford University, where she is director of the China Growth Centre. And as author, she has 10 books to her name!

More: She serves on the advisory board of The Official Monetary and Financial Institutions Forum, has taught at Peking University, and her latest book, “The Economy of China,” is an award-winner.

Best of all, when you watch Yueh’s programs, you forget all those credits and her scholastic erudition, because she knows how to make complex economic data comprehensible, relevant and interesting to laymen.

In this regard, she’s just like our first fave, Charlie Rose, and we hope other broadcast journalists will watch them at work, to realize what more they need to do just to catch up with these leaders in the field of broadcast news and public affairs programming!