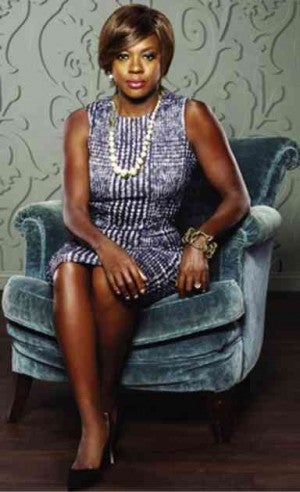 Television continues to be rife with a diverse mix of fantastic female characters, beleaguered but unrelenting women who fight back. They’re not all role models—they don’t have to be, to be compelling—but each one is self-aware, and resonant in distinct ways. They mean business, to be sure, and their gradually unraveling tales are worth following, this Women’s Month or any part of the year. In no particular order, here are a few that fascinate us:

Annalise Keating, “How to Get Away With Murder” (Viola Davis)

Why we care: College professor and lawyer Annalise Keating is no saint; she abhors her cheating husband but is cheating on him herself. She is stern and thoroughly professional but can be loyal and motherly to her similarly devious mentees—which may be a ruse to save her own skin. Davis gives heretofore unseen layers to the character week after week, bringing to intense life a shrewd thinker and schemer.

Fighting words: “Never take a learning opportunity away from another student—no matter how smart you need everyone to think you are!” 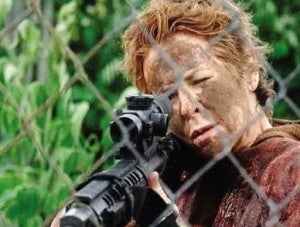 MELISSA McBride as Carol Peletier in “The Walking Dead”

Why we care: Carol’s laudable transformation from battered wife to proactive survivalist has made her stand out in “The Walking Dead.” She is willing to cross the line to protect and save her constantly evolving tribe, and continues to be toughened by various ordeals that seem to regularly pop up during the zombie apocalypse.

Fighting words: “We let our guard down, this place is gonna make us weak.” 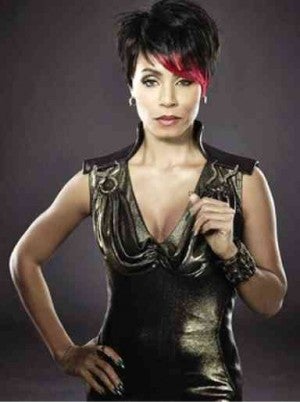 Why we care: Gang boss Fish Mooney is power-hungry and treacherous, and while online reaction to her seems polarized, it’s easy to see her as an inimitable addition to Batman lore. From plotting to overthrow a mob boss to rallying the forces of new allies, she’s deliciously dastardly and unpredictable, thanks to Pinkett Smith and focused characterization.

Fighting words: “Somebody has to take over, it might as well be me.” 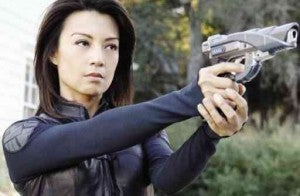 Why we care: Silent but deadly, Agent May is sharp and dependable, a nigh-unstoppable combatant once known as “The Cavalry.” In a show that has a number of superbly skilled and courageous women, Agent May has the distinction of being the mysterious and fierce warrior. Not a bad gig for the sexy, 50-year-old Asian-American actress at all! 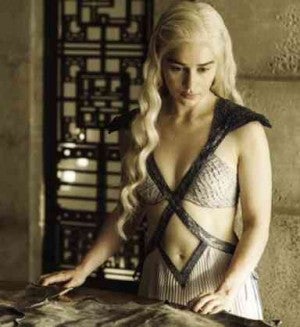 EMILIA Clarke as Daenerys Targaryen in “Game of Thrones”

Why we care: The beloved Khaleesi, Daenerys was once powerless, sold to marry a nomadic tribe’s chieftain. Now the leader of many devout followers and “mother” to three mighty dragons, she makes sweeping and thunderous changes in troubled territories.

Fighting words: “You have been slaves all your life. Today, I give you freedom!”

Why we care: Charming and capable, English-American actress Atwell is given a show where her spunky character from the “Captain 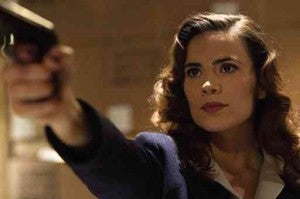 America” film can grow and bloom. The post-World War II Marvel heroine may not be super-powered, but the strong-willed and resourceful Agent Carter tracks and confounds menaces bent on conquering the free world. 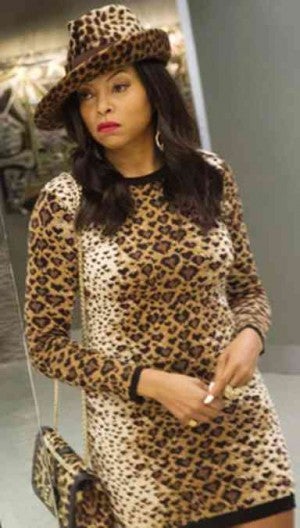 Why we care: Brandishing snarky wit while showing off fierce and fearless fashion choices, Cookie is an ex-convict who’s definitely making a comeback. And boy, is her presence felt—by her infuriating ex Lucious, his new girl, and everybody else. Henson is glorious as the scene-stealer, easily the series’ most quotable character.

Fighting words: “You messing with the wrong b***h, Lucious. I know things.”