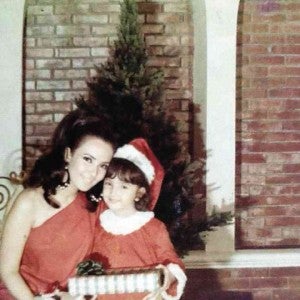 Feisty, fearless movie queen Amalia Fuentes revealed a vulnerable side following the demise of her only child, Liezl Martinez, who lost a seven-year battle with cancer on Saturday.

Amalia broke down several times during a phone interview with the Inquirer, a few hours after her 47-year-old daughter’s passing.

“No pain in all my life is worse than this,” she said between sobs.

Amalia, who has a heart condition, had checked herself into the same hospital to be near Liezl last week. “I wanted to be there so I could touch her, hug her, talk to her in her last moments,” she said.

Amalia doted on her daughter with screen partner and first husband Romeo Vasquez. In the early 1970s, she produced movies starring Liezl that made the tyke a child sensation in Philippine movies before cousin Niño Muhlach took over.

“I always wondered why it seemed Liezl’s life was moving very quickly,” Amalia said. “She got married in her teens [and] had one child after another. It was as if she was constantly in a hurry. Perhaps it was because her life would be short.”

When Liezl eloped and married actor Albert Martinez in Las Vegas in 1985, Amalia was heartbroken. “I distanced myself from them, to give her freedom to live on her own. But I told her that, as a mother, I would always be there for her.”

Marked by dramatic highs and lows, their relationship mellowed in later years. “We were both strong-willed,” Amalia admitted.

Her last conversations with Liezl revolved around trips abroad, Amalia recounted. “We planned to go on a cruise and visit Budapest. Once we talked about the movie ‘The Bucket List.’ We both decided to draft our own bucket lists then.”

Liezl got to tick off most of the items on her list, said Amalia. “She went bungee jumping, scuba diving…”

Against her doctors’ wishes, Liezl traveled to the United States last December, Amalia related. “She spent time with Aga (Muhlach, her cousin) in Las Vegas. She is close to him and his sister, Arlene. Aga is her confidant. From Vegas, she visited her father in Los Angeles.”

Amalia said Liezl enjoyed her work as member of the Movie and Television Review and Classification Board (MTRCB), which she joined in 2012, during the term of Sen. Grace Poe, then chair of the agency.

“I learned of Liezl’s relapse only a few weeks ago,” the senator told the Inquirer. “As kids, we used to play in my parents’ backyard. She was always sweet and pleasant … never a brat.” Liezl was the goddaughter of Susan Roces, the senator’s mother, Amalia’s screen rival.

“In the board, she was a champion of moral values and child welfare,” said Poe. “She went the extra mile to argue against indecent or violent content. It is an honor to have known and worked with Liezl. She was accomplished in all aspects of her life.”

Best years of her life

Added Amalia: “Liezl told me that her time in the board were the best years of her life. She felt fulfilled.” Amalia was a board member, too, during the time of Marissa Laguardia. 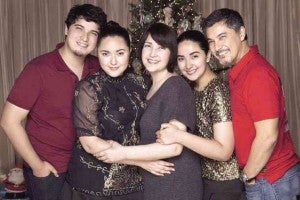 Actress and Batangas Gov. Vilma Santos told the Inquirer: “We used to text each other. I regularly sent organic vegetables from Batangas to her house. I am Alfonso’s (Liezl’s son) godmother.”

Santos, who was romantically linked to Liezl’s father Romeo in the ’70s, recalled: “I met Liezl when she was 5 years old. She and Aga used to go swimming in the pool at my Dasmariñas Village home.”

The governor went to the wake at Heritage Chapels (in Taguig) on Sunday and caught up with Amalia and Romeo. “They need prayers for strength,” she said.

Liezl’s father flew in from LA last Saturday. “He wanted to say goodbye to her, but arrived too late,” Albert said. Cremation was on Monday.

The couple’s children, aside from Alfonso, 26, are Alyanna, 27, and Alissa, 22. Amalia said she scolded Liezl whenever the latter said the kids were old enough to be on their own. “I told her they still needed her. But she just retorted, ‘Just promise me one thing, Mama—[that you will] love my kids like you loved me.”

Liezl was wife, partner and best friend to him, stressed Albert. “I owe her everything—my career, three wonderful kids…”

Albert had the chapel filled with a thousand white roses for the wake, “for our future Valentine’s Days and anniversaries.”

Amalia, the woman who knew and loved Liezl best, had it down in one simple sentence: “She was a beautiful and strong woman—a class act.”

Read Next
Christina Perri is soft, sincere, steely
EDITORS' PICK
Duterte meets with Cayetano, Velasco amid speakership issue
Feud is over: Velasco next Speaker on Oct. 14
Water remains our saving grace right now
House to probe Facebook takedown of gov’t accounts
Get 80% OFF Ignite 2020 Cyber Tickets starting 28 September
Smart poised to turn PH into ‘Smart 5G country’ with nationwide rollout
MOST READ
Velasco to take over as Speaker on Oct. 14
‘I offered to resign’ because of endless corruption, says Duterte
Duterte will ask Congress to abolish PhilHealth
LOOK: The Mountain from ‘Game of Thrones’ welcomes first son with wife
Don't miss out on the latest news and information.