Since it’s graduation month, I asked some celebs how they were described in their high school or college yearbooks. What were they like before fame and fortune beckoned? To quote my Maryknoll High School yearbook: “The girl who attends parties even on weekdays but still gets the highest marks in class…makes anyone feel instantly at home with her.” 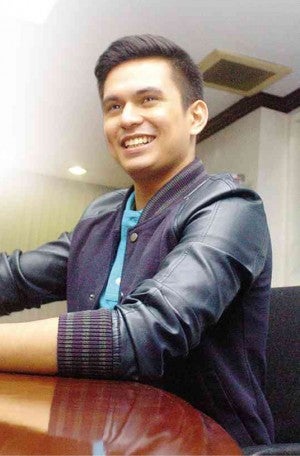 TOM RODRIGUEZ’S peers considered him one of the friendliest, most artistic and most attractive students.INQUIRER PHOTO

To Batch 2015…whatever is written in your yearbooks, carry on! Something is written in the stars for you. Keep doing what you do best. It will take you where you want to go.

Ces Drilon: “Real nice…to be with, especially when you get to know her better…Gets high grades without sweating…Beauty, brains, glamour—not necessarily in that order” (UP High School Class ’79).

Ryan Cayabyab: “Best Music Student” (UP High School Clarion 1970). Could it have been more predictable? I played the National Anthem and UP Beloved (“UP Naming Mahal”) every Monday, first to fourth year.

Martin Nievera: Fourth grade: “A daydreamer, a joy to have in our class.” High school: “President [of] the biggest class…A leader, as well as winner of the ‘Class Clown’ award. His mission is to follow his dreams.”

Tom Rodriguez:   My high school mates were kind enough to include me in the most artistic, friendly, best smile and eyes sections of our yearbook. Such a heartwarming [compliment] from my peers.

Tintin Bersola-Babao: In high school their collective description of me was “sentimental.” They also called me Purple Dot because I almost became a nun.

Nyoy Volante: “Payatot!” I wasn’t really interesting back in high school. But in college, they wrote that they liked my singing voice.

Suzi Abrera: In high school, I was touted as “Ms Flexible” because I had many interests and I was easy to get along with. In college, I won the “Ghost Atenean Award” because I was always absent in class (but present in our tambayan)!

Amy Perez:   I was known for my dance moves. I was vice president of our Dance Club. I got famous when I danced à la Michael Jackson.

Jose Javier Reyes: I was a nerd with a quick, sharp tongue who could type faster than a bullet in college. My BFF, Manny Castañeda, remembers me (a) carrying two tons of books from the library, and (b) wearing socks with my sandals and flare pants. I was pleasantly weird.

Catch other fun shows at The Crowd Bar: Kim Idol and Hans Mortel (Wednesdays), Richard Villanueva, Lezboys and Freshmen (Fridays), Dessa in “Voice of Asia” on March 19 and Joey G. of Side A with Alpha on March 27. Party mode on!

The launch of Armida Siguion-Reyna’s biography, “Armida: Unfinished Memoir—The Singer and the Song” (ABS-CBN Publishing) served as a celebration of her achievements in both show biz and public service. She is best known for “Aawitan Kita,” the country’s longest-running musical show on TV.

As a liberal thinker, she called for the Movie and Television Review and Classification Board (MTRCB) to scrap censorship and lauded independent filmmakers for showcasing their uncensored films abroad. Her book, penned by Nelson Navarro, gives readers a glimpse of the fascinating and sometimes rebellious life of the multifaceted icon. Long live the “Reyna!”