Fil-Am kids sure to steal hearts in concert 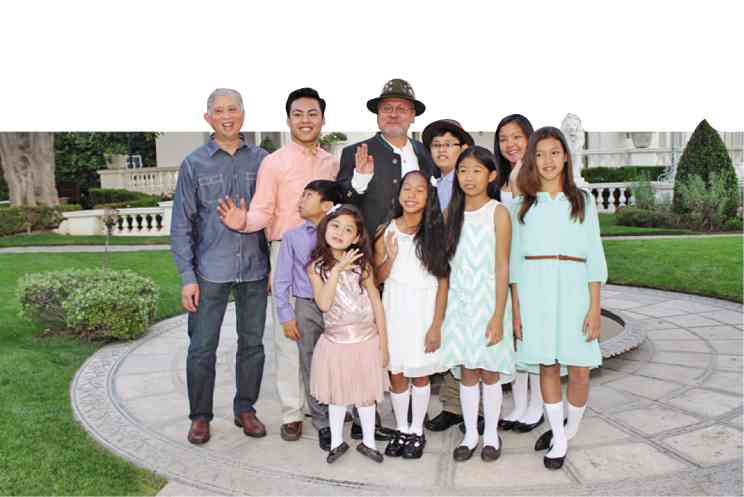 LOS ANGELES—In the ballroom of the former estate of actress Mary Pickford—the original America’s Sweetheart and cofounder of the Academy of Motion Picture Arts and Sciences and the studio United Artists—beautiful voices of young Fil-Ams wafted across the elegant, well-maintained grounds. The kids were singing a beloved chestnut from “The Sound of Music” in the LA mansion now owned by a Fil-Am couple. It reminded us of the Von Trapp villa location in the movie.

It was the rehearsal of the Filipino American Symphony Orchestra (FASO), the only Filipino symphony orchestra outside of the Philippines, for its show, “FASO Goes Broadway,” on April 25 at the landmark Alex Theatre in Glendale, California. On this recent Saturday afternoon, it was the turn of the youths who landed the Von Trapp children roles plus the part of Rolfe (boyfriend to eldest Von Trapp daughter, Liesl) to rehearse.

It was only the second rehearsal for the kids but, as soon as they opened their mouths, we were sure this show would be a winner. With Emmanuel “Emman” Miranda (subbing for Pete Avendaño that Saturday as vocal coach) and Yulan Lin on the piano; and Louie Ramos and Bob Shroder (FASO board vice president, arranger-in-residence, musical director and conductor, respectively) supervising the rehearsals, the performers, whose ages ranged from 6 to 18, sounded impressive.

First to sing—it was also their first time to rehearse together—were Ian Luna (Rolfe) and Samantha Isidro (Liesl). They went through “Sixteen Going on Seventeen,” a popular duet from the movie, which marks its 50th anniversary this year.

Then Samantha, Christian Avendaño (Friedrich), Tia Enroth (Louisa), Micah Luna (Kurt), Christina Blay (Brigitta), Sabrina Evangelista (Marta) and Maggi Avant (Gretl) practiced “So Long, Farewell.” If this number does not make the audience sigh and cheer, we don’t know what will. These kids, who will also render “Do-Re-Mi,” blew us away. 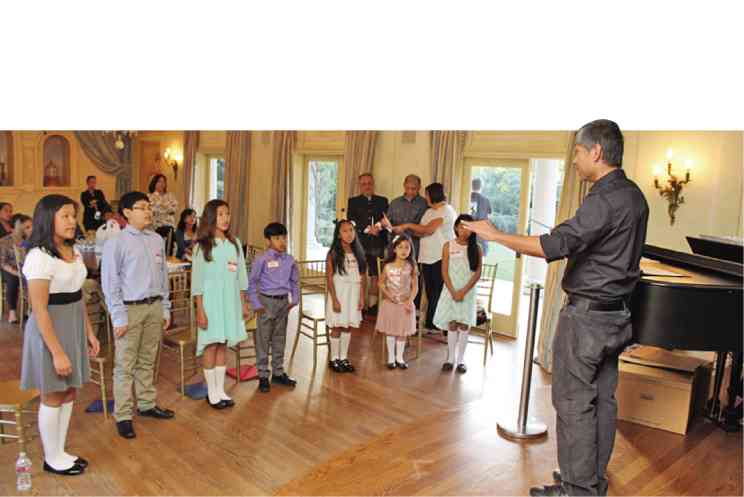 Not shy at all

Ian and Micah are brothers; both sound very good. But we bet that Maggi, only 6 but already quite the performer, will steal everyone’s hearts. The first grader, one of LA-based singer Louie Reyes’ two voice students in the show (the other is Sabrina), starred in the title role of “Annie Jr.” at the Carson Community Center in California.

Louie Ramos, who studied music theory and composition at the University of Southern California, said Maggi also sang “So Long, Farewell” in her audition. “When she got to her solo line, we just knew she was it. She is adorable, has a lot of energy and that ‘cuteness’ factor. She was not shy at all; that is important for very young performers. We could not afford to select someone who would just clam up in front of a very large audience during performance.”

We should hear the other child performers in the show who are just as talented, we were told. Chelsea Chiu, who will belt “Tomorrow” from “Annie,” sang “The Star Spangled Banner” twice at the Staples Center, before thousands of cheering fans of the Los Angeles Lakers and the Los Angeles Kings.

Joshua-Kai Dawson, who will croon “Where Is Love?” from “Oliver!,” appears in the coming indie film, “Reformation.”

Since there are many talented Fil-Am youths out there, we asked Louie, who also completed a professional certificate in arranging and production at the Berklee College of Music (where he was awarded the Michel Camilo scholarship) if he was still surprised at the depth of talent he and Bob saw at the three rounds of audition.

“When we put out a call for auditions, we had no expectations,” replied Louie, who conducts musicianship classes for the Los Angeles Children’s Chorus. “The turnout was more than we expected. And the quality of the candidates was incredible. We had so many talented candidates auditioning for the role of Annie. It was very tough and sometimes heartbreaking trimming down the selection—they were all so good.”

As for the qualities that the young performers, from different backgrounds and areas in Southern California, have in common, Louie said, “Aside from vocal talent, they have excellent work ethic. They come to rehearsals prepared, ready to rehearse and have fun. They have very supportive and encouraging parents. They are very inspiring, very motivated and they work very hard at improving their craft.” 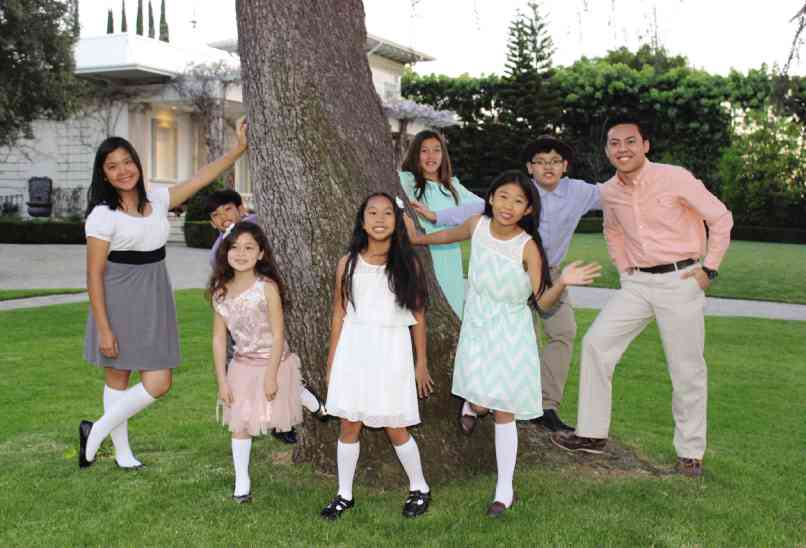 Bob, a UP College of Music alumnus and grand prize winner of the 1982 National Music Competition for Young Artists, is impressed that most of the kids can read notes.

The former principal soloist of the Manila Symphony Orchestra (MSO) is certain that the children, with their innate talent being polished in rehearsals with Pete and Emman, will wow the audience in April. “We are fortunate to have two outstanding vocal and choir directors helping us with this project,” Bob remarked. “The combined expertise of Pete and Emman will absolutely bring the children to a high level of vocal technique and musicianship even with just a short period of training.”

And that’s just the kids. The grown-ups among the guest vocalists include two Fil-Ams who have appeared on Broadway: Joan Almedilla, who starred as Kim in “Miss Saigon,” and Bonifacio “Bones” Deoso, who also appeared in “Miss Saigon” plus “Les Miserables” and the “The King and I.”

Other guest vocal performers include Giji Kocher, aka Djhoanna Garcia, whom we are appreciating belatedly as a terrific singer (we knew her only as an actress in our Manila days) and Ninette Tenza. Also featured are Isabella Ramos and Emily Ferrolino, two young ladies who impressed guests in a book launch coincidentally held last year at this estate owned by Edwin, who is on the FASO board of directors, and Lani Raquel.

All these singers will perform with FASO, 50-member strong in this show, under Bob’s baton. In its first time to devote an entire concert to Broadway musicals, FASO, which has gained a reputation for quality, entertaining concerts, will play the Great White Way favorites, including “The Phantom of the Opera,” “Les Miserables” (“I Dreamed a Dream”) and “My Fair Lady” (“I Could Have Danced All Night”).

Bob also said: “Mimil Miñosa-Rosales will be helping us with the acting and choreography. Mimil was a prima ballerina during the time of Tita Conching Sunico at the Metropolitan Theater (Met) in Manila. We worked and toured together during my MSO days at the Met, where we performed Broadway musicals and zarzuelas.”

“We are encouraging everyone to bring their entire families, including small children,” Bob said. “This concert will be a good exposure to music and will bring tremendous value to their music appreciation experience.”

More information about tickets ($25, $40, $45, $60 and $100) to “FASO Goes Broadway,” sponsored by Philippine Airlines and MoneyGram, is available at www.fasofoundation.org.