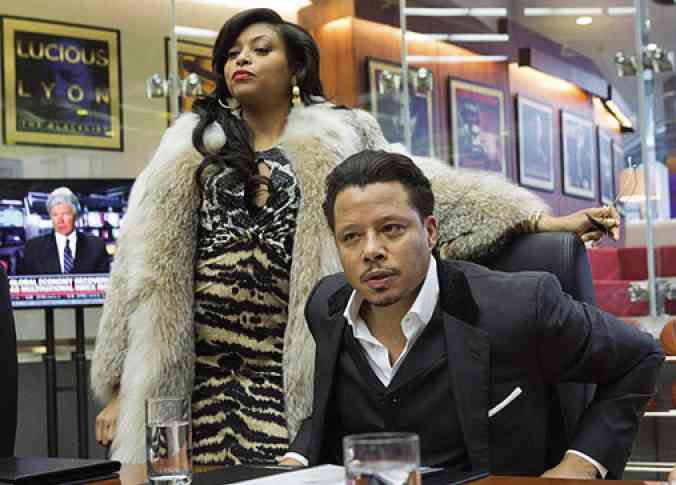 The scandalous twists and turns of the new musical-drama series “Empire,” about an African-American music mogul and his dysfunctional family, are mawkish and soapy. But they make the big-budgeted show intriguing and relevant, even edgy.

A former rap star-turned-record label honcho, Lucius Lyon (Terrence Howard) discovers he is stricken with ALS (amyotrophic lateral sclerosis), but keeps it from his sons.

He declares that one of them will eventually replace him and run the label, Empire, essentially starting a rivalry among the three siblings: the intelligent businessman, Andre (Trai Byers); the gay R&B singer,

The returning mom, Lucius’ ex-wife Cookie (Taraji P. Henson), has things to say about this new development. Fresh from her years in prison for drug-dealing, Cookie is after her piece of the Empire pie, as it was her drug money that helped start the company in the first place.

While uneven, the show has decently portrayed characters. The swaggering Lyon patriarch, the steadily unlikeable Lucius, is a spiteful, homophobic jerk—he loathes the fact that one of his sons is gay. By the first episode’s end, he cements his villainy by killing off a longtime friend, who had demanded compensation for helping raise his kids when Cookie was in the slammer.

Speaking of the ex-con, she is easily the best reason to watch the show. Sassy and determined, she has the best lines, dissing her rivals—including Lucius’ current main squeeze Anika (Grace Gealey)—with uncommon precision and snappy panache.

There have been appearances by established actors such as Cuba Gooding Jr., Judd Nelson and Courtney Love as a former composer, a label exec, and a drug-addicted musician, respectively. (Yes, that last one isn’t much of a stretch.)

The hip-hop musical often uses flashback scenes to support its catchy video music numbers, which can be quite corny. But its train wreck-ish appeal, coupled with addictively flawed characters, make it one of the more continuously entertaining new shows on TV.

In tomorrow and next week’s episodes of “Wagas,” the love story of Gabriela and Diego Silang will be featured. They will be portrayed by Glaiza de Castro and Marc Abaya. “Wagas” airs 7 p.m. on GMA News TV.