Judy Ann Santos on brief tiff with Kris Aquino: Nothing wrong with what I did 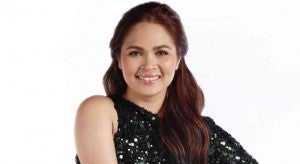 JUDY ANN Santos says actors, as taxpayers, have the right to speak up about national issues.

In fact, she told reporters at a press conference for “Someone to Watch Over Me,” her new drama series on ABS-CBN, “I’d do it again. There was nothing wrong with what I did. I don’t regret it.”

Juday posted on her Instagram account part of a 2011 news clip about US President Barack Obama canceling earlier appointments so he could be present at the arrival of bodies of US troops killed in Afghanistan. She wrote the caption: “Just saying … Obama knows his priorities.”

Netizens interpreted the post as a swipe on President Aquino, who was not present when the bodies of the SAF 44 arrived from Mamasapano, Maguindanao.

Kris famously “unfollowed” some show biz friends on Instagram, including Juday, for being similarly critical of her brother. A few days later, Kris posted on Instagram a conversation with Juday, in which the actress supposedly said, “I didn’t make the comment with the intention of hurting someone. I just want to express what I think about what happened, which was really an eye-opener.”

In any case, Juday said she will be more careful with future online posts. “You all know that I am very outspoken,” she told the media. “[But] I would never post anything against a particular person. It’s always about a situation that I don’t like.”

She added: “It’s unfair what some people say, that show biz personalities should not be involved in politics. We pay taxes, we vote … we have the right to speak up about the government and issues that affect the future of our children.”

Since the incident, Juday said, she hasn’t run into Kris. “I’m praying that, when it happens, wala nang [problema]. I texted her a birthday greeting and she replied,” Juday said. “I was so relieved.”

Juday also confirmed that she had a “little misunderstanding” with the network bosses. But she said they had patched things up.

“It wasn’t a big deal, nothing we couldn’t fix. Everything’s OK now, we have projects lined up. It wasn’t an issue about work, but about relationships,” she said, but did not elaborate.

In “Someone to Watch Over Me,” Juday plays an agent of the National Bureau of Investigation.