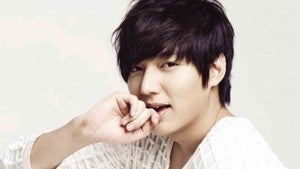 Lee Min-Ho takes the big leap from TV (“Boys Over Flowers,” “City Hunter”) to the silver screen in his first film, “Gangnam Blues,” Tagalized in the country by SM cinemas and Viva Films’ SineAsia partnership. It’s a bleak but beautifully photographed period drama about bosom buddies, Jong-dae (Lee) and Yong-ki (Kim Rae-won), whose friendship is tested when they grow up as rival gangsters.

Set during the height of political corruption and gang wars in the turbulent ’70s, just as Seoul began transforming its Gangnam district in the south into a real-estate goldmine, Jong-dae and Yong-ki’s tale plays out as a gritty interplay of epic-scale drama and wince-inducing action—a probing portrait of friendship gradually fraying at the seams.

When their shanty in the slums is demolished, the desperate pair is forced to join a group of thugs organized to harass the rivals of a corrupt political party—only to get separated during a violent skirmish! Three years later, their paths cross again, but they find themselves at odds when Yong-ki’s gang endangers the doting family that took Jong-dae in—and inspired him to turn over a new leaf!

Lee’s stellar presence is hard to ignore, but his brooding performance is weighed down by the film’s “preachifying” convolutions that teach tough lessons and turgidly proselytize about the indispensability of friendship and family.

The moral grit and grime director Yoo Ha works hard to dramatize will initially draw you in, but the empathetic power of its intimate story is soon gravely compromised by its distracting and circuitous side stories—it bites off more than it can chew!