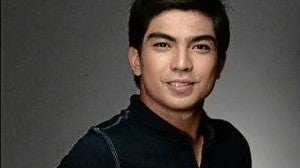 MANILA, Philippines—The lawyer of Cavite Vice Gov. Jolo Revilla turned over to the police yesterday the gun that Revilla had reportedly accidentally fired on Saturday, resulting in injury to himself.

Raymond Fortun, the lawyer who is acting as the spokesperson of the Revilla family, said he himself turned over the government-issued .40-cal. Glock registered under the Province of Cavite and one fired cartridge case to the police at the Asian Hospital and Medical Center about 1 p.m. yesterday.

Senior Supt. Allan Nobleza, officer in charge of the Muntinlupa police, confirmed receipt of the items, adding that eight live ammunitions were also surrendered to them.

National Capital Region Police Office Director Carmelo Valmoria said the items would be subjected to “the usual procedure,” including a ballistics test, which is the study of the launch, behavior and flight of projectiles, including bullets.

Although the Revilla family said the shooting was accidental and had occurred while the vice governor was cleaning his gun, the police formed a team on Sunday to look into the incident.

Nobleza said they requested for the vice governor to subject himself to a paraffin test, but Fortun said they had “not received an official request” yet.

No to paraffin test

And even if they did receive such a request, the lawyer said he would “respectfully decline,” pointing out that it would be too late as it should have been done within 24 hours.

According to a medical bulletin given by Fortun, as of 8 a.m. Wednesday, Revilla was in “moderate pain” because of the chest tube but had “no difficulty breathing” and was able to eat and excrete wastes.

It said a “thorough evaluation by a specialist and test results have ruled out any urgent condition” with respect to the “reported observed abdominal distension.”