A celebration of life, solidarity, camaraderie 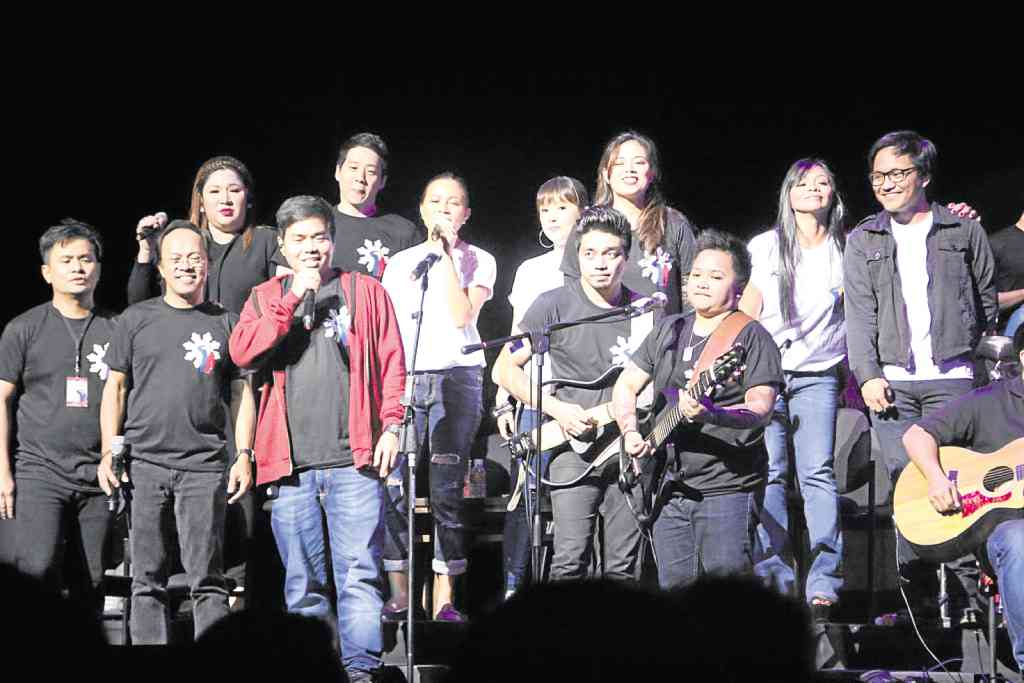 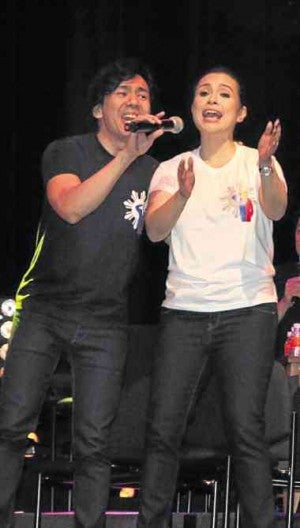 For close to three hours, on a stage with nary a single prop, some of the country’s best music artists performed to pay tribute to the 44 police commandos who perished in the Mamasapano clash last January, and to lend a hand to the families left behind.

Held recently at The Theatre at Solaire in Parañaque City, the fundraiser, “Jammin’ for Help!” wasn’t less a commemoration of death than a celebration of life.

“In our own little way, we hope to make a difference in the lives of the families of the ‘Fallen 44’ or, more aptly, the ‘Brave 44,’” said Martin Nievera, who headlined the show with Lea Salonga and Aiza Seguerra—two of the main driving forces of the event.

“Everything will go straight to the families,” Nievera announced. “There will be no middlemen.”

For the show mounted by Fullhouse, more than 40 singers and musicians waived their talent fees; Solaire Resort and Casino allowed the use of its performance venue for free; and TicketWorld did not charge for its services.

A kind of hush

The concert began with an incredibly powerful moment: A hush fell over the audience, as the artists—in simple T-shirts with symbols of the Philippine flag—marched to the microphone to recite the names of the 44 policemen. 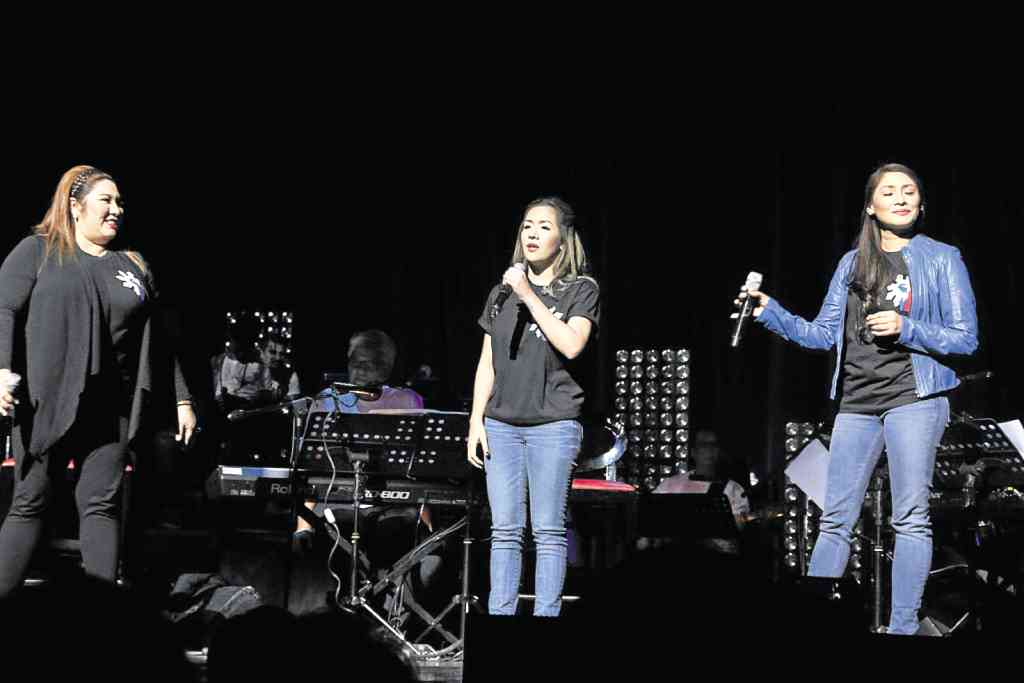 Everyone remained onstage throughout, feeding off each other’s energy—cheering, dancing, clapping, singing along with whoever was on center stage. They laughed a lot, too, mostly thanks to Salonga and Nievera’s incessant banter. They sang of solidarity, camaraderie, love for country and even longing. And when performances so stirring were delivered, they stood up in appreciation. 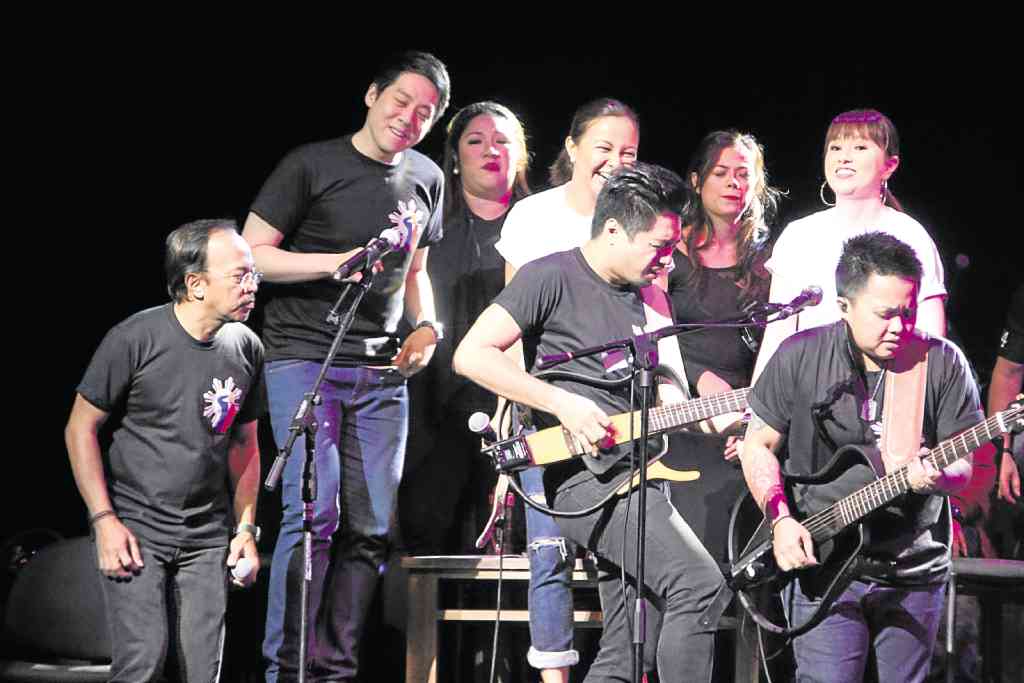 Some of the most memorable numbers were Salonga’s impassioned, pitch-perfect rendition of “Back to Before”; Pangan’s rockin’ performance of “Salamat” which brought the fans to their feet; and Seguerra, Cabangon and Barrios’ exquisite take on “Walang Hanggang Paalam.” 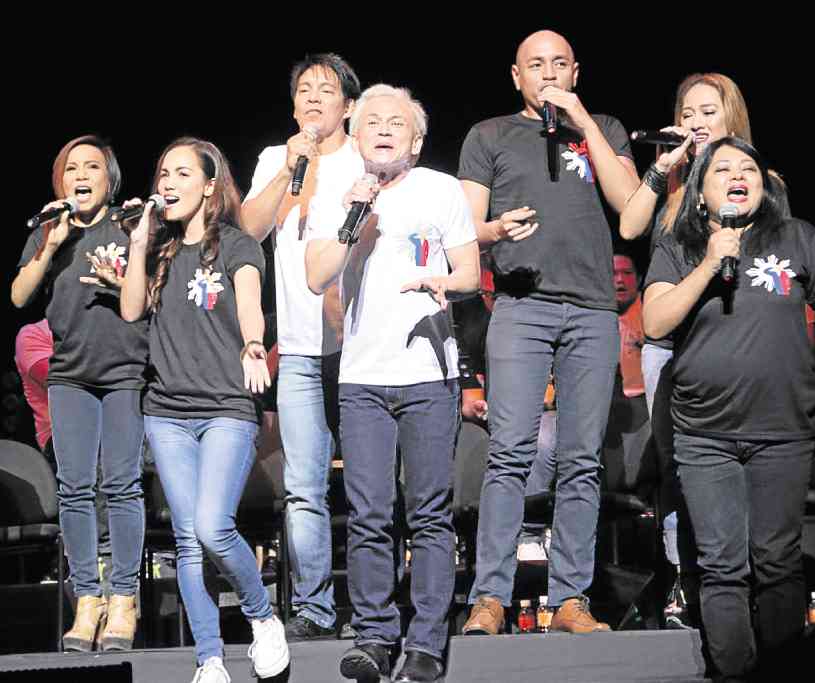 The Company shares stage with Bo Cerrudo (third from left) and Jon Santos (fourth from left).

Dulce, Gallagher and The FORTEnors’ “The Prayer” was uplifting, and the good feeling during the sing-along of “Kaleidoscope World” was heightened by cell phone lights that looked like fireflies in the dark. “Real love accepts, believes, forgives and hopes,” Seguerra said. 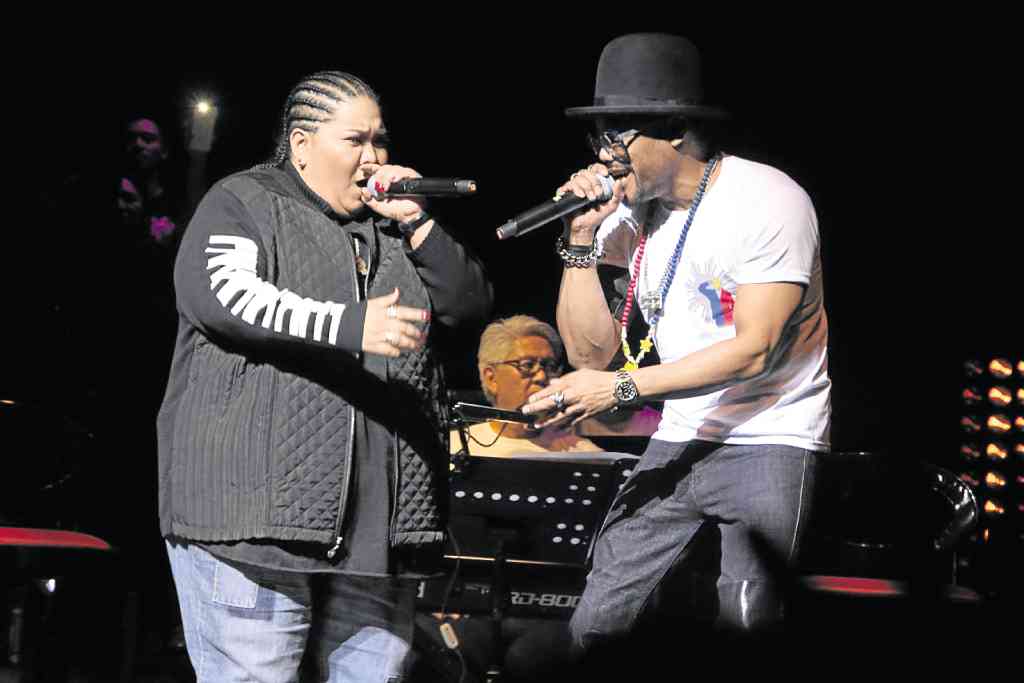 But lest everyone forget who the real stars of the show were, Seguerra asked some of the “Brave 44’s” family members who were there to stand up and be recognized. 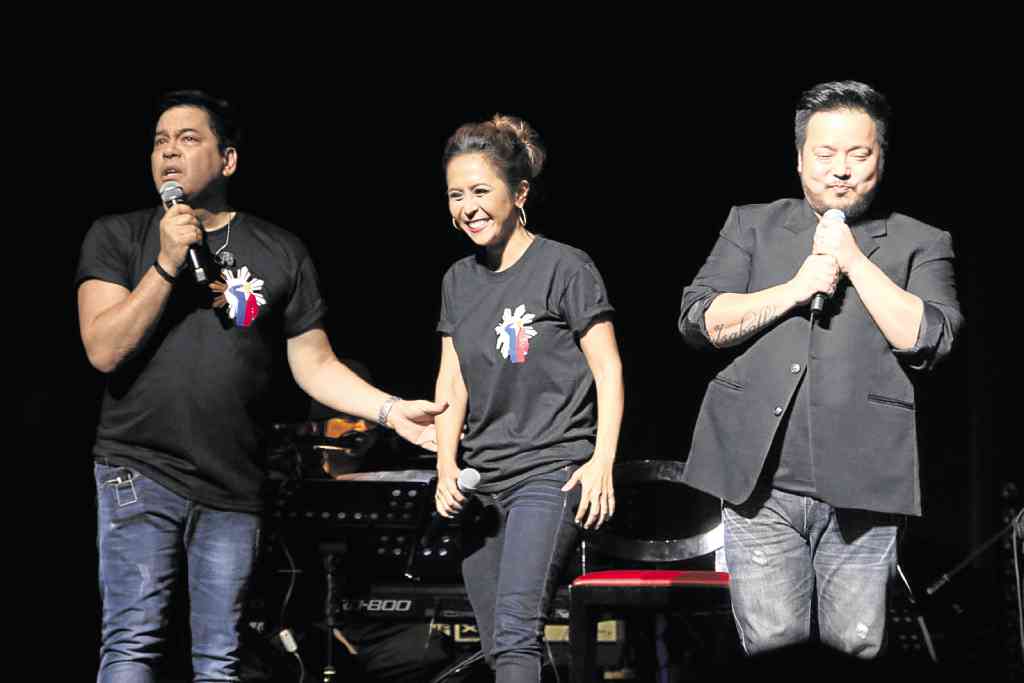 “We know that you’re going through a lot. But we hope that what we’re doing now gives you a bit of joy. Thank you,” the singer told the bereaved, as the crowd rose and feted them with a round of roaring applause.