A day at the Mansion with Gov Vi 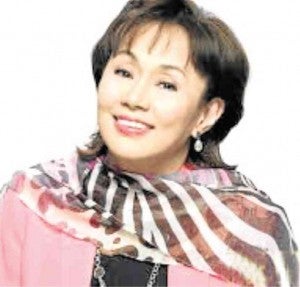 On national issues, she says, “We must all do our part, no matter how small.”

It’s always a delight to chat with Gov. Vilma Santos. Her joie de vivre is contagious. My son, IC (Mendoza) and I, along with the Captured Dream (CD) production team, visited Gov Vi at her Batangas Capitol office—referred to as the Mansion—last Friday.

We went to “Ala Eh Country” for the auditions of Miss Teen Earth/Little Miss Earth. Being the ever-gracious host, Ate Vi had her staff prepare a sumptuous breakfast for us.

As soon as she arrived, it was nonstop chikahan. It was the first time for the CD production staff to have a close encounter with the Star for All Seasons. Doubtless, they were star-struck, but Ate Vi had such an endearing way of making anyone feel at home.

Kudos to Ate Vi for adding another feather to her cap. She was given an Award of Merit (Special Mention) at the Indie Fest Film Awards in California for “Ekstra.”

Her acting prowess is definitely Hollywood-worthy. “I miss acting,” she said. “When I watch my colleagues in teleseryes, I feel envious. I tell myself, I can do that!”

Ate Vi is raring to shoot her movie with Angel Locsin. “Angel will portray a caregiver and I will be a cranky patient,” she said. “It has the feel of ‘The Devil Wears Prada.’ Our confrontation scenes are intense.”

Since Angel is Ate Vi’s possible daughter-in-law-to-be, their screen jousting would be quite engaging to watch.

Asked about raging national issues, Ate Vi said, “It’s all about team effort. We must all do our part, no matter how small. Let’s stop playing the blame game!” 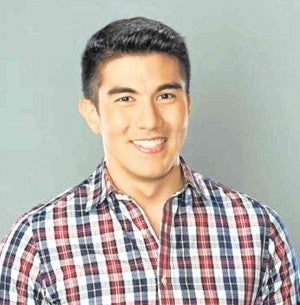 Luis Manzano will support mom if she decides to run for President.

It has been 18 years since she joined government and Ate Vi is still hands-on in her province. “It’s not easy being a lady leader in Barako Land,” she admitted. “The trust that the Batangueños have given me is the best reward. When push comes to shove, I can be barako (macho), too.”

Due to her frenzied schedule, she hardly has time to party. “I was so thrilled to have a night out in Valkyrie with (husband) Ralph (Recto) and my family,” she recalled. “I miss wearing glamorous outfits. I am always dressed like a governor.”

With that trademark genuine warmth (which enveloped us till the ride back home), Ate Vi served us kapeng barako and sinaing na tulingan.

Thank you, Ate Vi, for never running out of ways to nurture our friendship. Never enough time with you, but always more than enough love.

Luis Manzano is the sum of the best parts of his dad, Edu Manzano, and mom, Vilma Santos. He got Ate Vi’s charisma and Doods’ gift of gab. As host of the fifth season of “Deal or No Deal” (weekdays, 5 p.m. ABS-CBN), Luis is in his element. Beyond being “Lucky.” his talent has made him step out of the shadow of his famous parents—and step up.

Here’s my tête-à-tête with Luis:

What is the stage of your relationship with Angel Locsin?

Stage of renewed love, with the vision of settling down within arm’s reach.

How has your relationship with Angel improved the second time around?

We brought a whole new [group of] “people” to the table.

Would you want your mom to run for President?

Wherever her heart leads her, I will be behind her.

What makes the new season of “Deal or No Deal” more exciting?

The interaction with the lucky stars. I can’t wait for the regular players to join, too.

What’s your deal with Angel?

What’s your deal with your parents?

To be a good son. Hahaha! Deal!

Belo Medical Group (BMG) has once again gained global recognition for its achievements in cosmetic surgery and aesthetic dermatology. Time magazine featured the clinic in the same issue as the 2014 Person of the Year: The Ebola Fighters.

The article named the Philippines as “the rising star of beauty tourism,” a $3-billion industry.

The report noted that BMG “received the Platinum award from Allergen for being the Philippines’ top performing Botox treatment clinic for 10 consecutive years.

“My dream is to make the Philippines a world-renowned beauty destination,” says Dr. Vicki Belo.

Indeed, the world is taking notice, putting the country on the map through Belo’s services.

I think the bida part is perfect since Super8 goes out of its way to treat customers like VIPs.

I heard that quite a number of stars will make special appearances during the company’s big event, from March 26 to 28, at World Trade Center in Pasay.