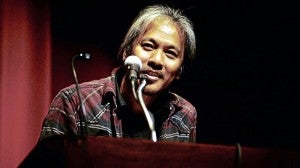 “Mula sa Kung Ano ang Noon” is in the lineup of the 5th Unam International Film Festival, ongoing until March 7. This event in Mexico City is organized by Unam—National Autonomous University of Mexico. In the fest website, critic Eva Sangiorgi describes the Locarno winner as “a film of mythical tones and historic intention [offering] the essence of cinema, a filmic state of purity in which [the visuals] allow memory to breathe and where space and time become void.”

Diaz is likewise nominated for best director, also for “Mula sa Kung Ano ang Noon,” at the 9th Asian Film Awards. He is the only Filipino in the running in the Hong Kong-based awards event. Among Diaz’s fellow nominees are China’s Ann Hui and Lou Ye, South Korea’s Hong Sang-soo, India’s Vishal Bhardwaj and Japan’s Tsukamoto Shinya. The awards ceremony will be held at The Venetian Theatre in Macau on March 25 .

Batangas Gov. Vilma Santos won an Award of Merit (Special Mention) for Jeffrey Jeturian’s “Ekstra” at the Indie Fest Film Awards in La Jolla, California. Santos told the Inquirer: “I am definitely honored by this award. I am thankful to my producer Atty. Joji Alonso and director Jeffrey. How I miss making indie movies!” Santos is the only Filipino winner in the fest.

Variety has published a rave review for a documentary on a pint-sized Filipino action star. Critic Dennis Harvey praised Andrew Leavold’s “The Search for Weng Weng” as “delightful and unexpectedly deep.” He noted that the docu presents insights not only on “a long-neglected movie star … but also on the nation’s Second Golden Age of cinema … a winding, digressive road.” Bayani San Diego Jr.