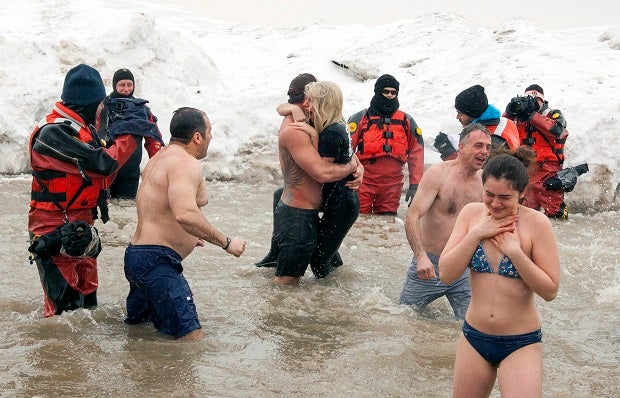 CHICAGO, United States — Lady Gaga and Vince Vaughn made plunges into the icy waters of Chicago’s Lake Michigan at a fundraiser for the Special Olympics. 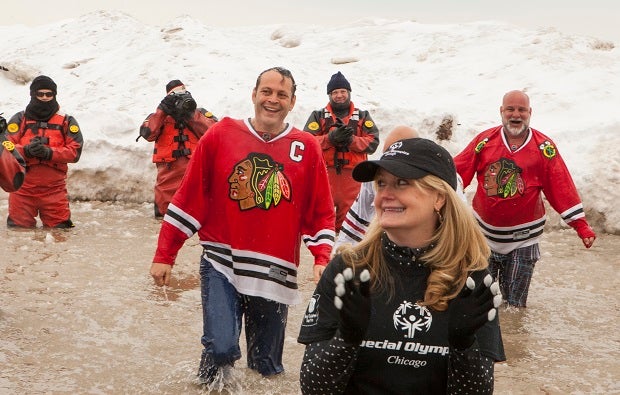 Special Olympics Chicago President Casey Hogan said Sunday that Gaga did the plunge with more than 4,500 other participants. Hogan says the singer’s appearance was “a very nice surprise.”

Gaga recently announced her engagement to “Chicago Fire” actor Taylor Kinney. Photos show her and a bare-chested Kinney going into the water together.

Vaughn also made the plunge. The native of the Chicago suburb Lake Forest was dressed in his Chicago Blackhawks jersey and jeans. The actor went in up to his knees, then eased himself down backward in the water.