While we no longer watch the overstaying “American Idol” singing tilt as “loyally” as before (been there, heard that, is why), we still keep tabs on it occasionally to keep things in continuing perspective. What’s our take on the current season?

Its resident jurors have gone way past Simon Cowell’s attention-grabbing and snitty comments, and now much more productively focus on just finding the potential singing stars of tomorrow—who, after all, are supposed to be the talent search’s reason for being, and being seen! 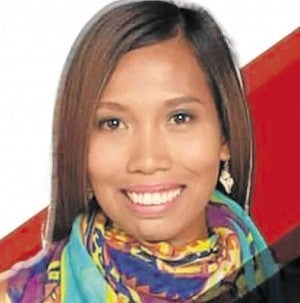 Another upbeat development is the tilt’s increased diversity in terms of age—this season, for instance, the top 24 range in years from 15 to 29! Also encouraging is the presence of some gifted newcomers who already look and sound like stars!

On the other hand, the show is sometimes not all that easy to focus on, because the performances are excessively edited to push the “competition” factor. Several finalists’ performances are cut up on point of contrast and edgy rivalry, so it isn’t easy to appreciate each song number on its own terms.

We hope that viewers’ reaction will persuade the show’s producers to opt for a less giddy and “smarty pants” visual approach, and focus more objectively on the finalists’ performances, so that their relative strengths will come through in a more convincing and quantifiable way!

‘Final-finals’ weekend on ‘The Voice’

Here at home, another singing tilt, “The Voice of the Philippines,” has reached its final stage, with all four mentors left with only one “singing representative” apiece. After this weekend’s final square-off, the tilt’s grand champion shall have been crowned, so excitement over the show’s progress and outcome has reached fever pitch.

For our part, our personal bets were eliminated quite early, so all we can do now is act as objective observer, rather than “emotional participant.”

Despite the downbeat outcome, we still believe that Patricia Gomez, Ferns Tosco and Poppert Bernadas will eventually attain musical stardom, without the TV tilt’s help.

Other bets who are not among this weekend’s “final finalists” also made their presence felt, like Bradley Holmes, Monique Lualhati and Suy Galvez, so we hope that they too can come into their own as popular solo performers—in their own good time!

Why is this newscaster smiling?

From time to time, we find ourselves hapless and unhappy witnesses to an increasingly frequent spectacle on news TV that unspools something like this: A newscaster, speaking with a thick American accent, reports on a shocking event—“400 drowned when the boats they were on capsized”—and then, she smiles. 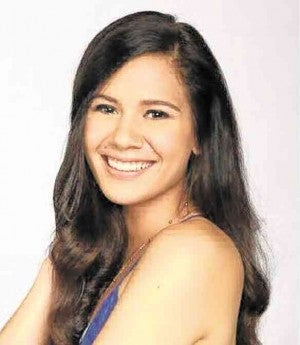 —Huh? Why is this newscaster smiling? Right after announcing such a tragic event of monumentally numbing proportions? Didn’t her good judgment prompt her to realize that the comely smile was inappropriate at this particular moment in time?

All sorts of inadequate conjectures follow: Perhaps, when she was training for the job, a mentor had curtly laid down the law: TV reporters have to look good and make viewers feel good, as well. So , exude a happy disposition! Even when the news is bad, a positive disposition makes it more “bearable.”

—Not likely? Could it be possible that the newscaster isn’t really thinking about the tragic news item’s import, and just wants to make sure she looks good on-cam?

—More likely, but still not quite it? Well, whatever the definitive explanation, it leaves us depressed and hoping against hope that unthinking newscasters will finally see the light and realize what their work is really about.

Failing that, they could look for more suitable employment as stewardesses—and smile as often and brightly as they like!

TAGS: “The Voice of the Philippines”, American Idol, TV booboos