Mr. C: ‘Ultimate’ a dream show for me, with Martin, Gary, Regine, Lani 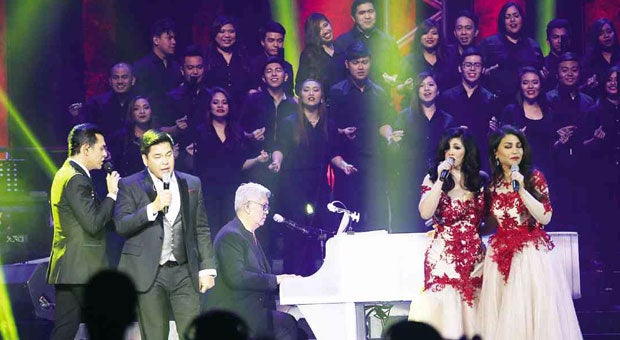 MANILA, Philippines—“It was a dream concert for me, putting together these four top Filipino singing artists!” says musical director Ryan Cayabyab of his latest project, the recent Valentine production, “Ultimate.” 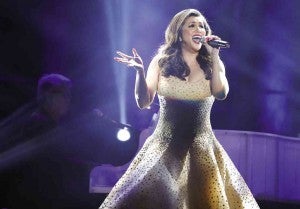 If we consider that Cayabyab, or “Mr. C,” as he is known in the local music industry, is in the top rung of celebrated Filipino musicians, there is no way that statement could be a casual compliment.

Besides, he need no longer promote the concert, unless, as we deem possible and only right, it is toured in major Philippine cities and everywhere abroad that there is a concentration of Filipinos.

“I thoroughly enjoyed working with them,” Mr. C tells the Inquirer. “They are the quintessential professionals— all team players, no star complex. They all worked hard at their ensemble numbers, they were well-prepared for every rehearsal. It always pays to have a meeting of the minds. They actually met a lot of times. When they couldn’t sit down together, face to face, they were communicating on Skype, Viber… choosing their songs very carefully.”

Proof of this was the playlist. On top of the expected OPM suites and the stars’ individual signature hits, a U2 suite was added here, a Sam Smith/Ed Sheeran mash-up there… thrown in was Lani with Andrea Bocelli’s “Con Te Partiro (Time to Say Goodbye)”— definitely her shining moment.

Speaking of which, the audience (the show ran two days at Mall of Asia Arena) naturally looked forward to show-stopping birit galore. Given the female performers’ track record, this, as 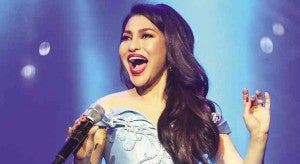 they say, came with the territory. But, although such numbers were executed with utmost skill and admirable restraint, they were not exactly our favorites.

Gary singing “Sana Maulit Muli” and “How Did You Know” in a way that made them sound like devotional numbers; Martin rendering classic crowd-pleasers with more affection than just the usual confidence; Regine whispery in “If You Go Away”; Lani surprisingly taking on Gloc-9’s “Sirena.” These made us see these four artists (we use the word respectfully) with new eyes.

“They are no pushovers. They each have a peculiar style as concert artists and they brought those to the table,” notes Cayabyab.

Credits are deserved by the arrangers, too, Cayabyab says: Raul Mitra, Homer Flores, Mon Faustino, Soc Mina, Mel Villena, himself, “even Lorrie Ilustre, who emailed his arrangement from Vegas.” 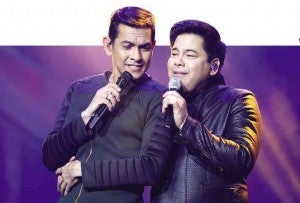 Deserving of applause as well are the choir, Los Cantantes de Manila (for tasteful and just adequate input) and concert director Rowell Santiago (for the smooth transitions, but for one involving a late entrance by one of the girls, which Martin deftly ironed out with hilarity).

“It is very important that Filipino producers think of ways to entice the Filipino audience to support our artists via productions such as this one,” says Cayabyab.

“We should not just complain about the influx of international stars and shows,” he adds. “We, people in the business, should challenge ourselves artistically and technically (with matching business savvy of course) to come up with concerts that are at par, or better than, imported shows.”