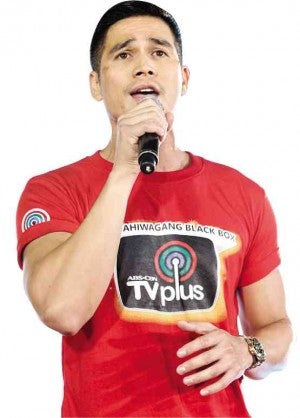 Katigbak said, “Digitization is encouraged by the National Telecommunications Commission but not yet required. The NTC has yet to set a mandatory date when all analog broadcast will shut down and every station has to migrate to digital.”

Asked what this means for the viewing public, the Kapamilya exec replied, “The audience will appreciate the fact that they will hence be able to get a much clearer signal. And they will have access to more channels that they have not previously viewed on free TV.”

The network’s ceremonial switch from analog to digital was attended by Katigbak, ABS-CBN chair Gabby Lopez and president and CEO Charo Santos-Concio. It coincided with the launch of the network’s TV Plus, popularly known as the mahiwagang black box, which offers four new channels (CineMo, Yey, Knowledge Channel and dzMM TeleRadyo) on top of ABS-CBN and ABS-CBN Sports & Action.

“The black box is meant to pick up only digital signals. Analog transmissions by other channels will not be picked up, until they switch to digital broadcast,” Katigbak told reporters 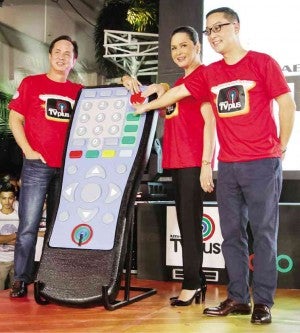 Asked whether rival channels GMA 7 and TV5 would also get clearer pictures with TV Plus, Katigbak said, “We are not out to sabotage anyone else’s signal. By law, we are required to carry all the free-to-air channels that have switched to digital.” Alcedo explained further, “The black box will pick up any free-to-air channel that broadcasts using a digital transmitter, as long as it is transmitting within our coverage area.”

“After these areas in VisMin, we still don’t have plans to expand,” said Katigbak.

He said he would not encourage Sky Cable clients to terminate their subscriptions. “The market of TV Plus is different from that of Sky Cable, which offers more channels but have a monthly subscription fee. For the black box, you pay only P2,500 once. TV Plus is limited to four additional channels,” he said. 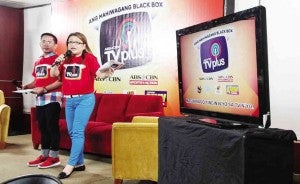