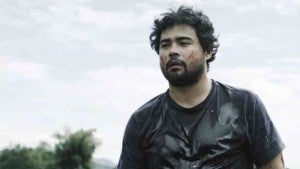 SID LUCERO, who plays a haunted murderer in “Norte,” will get to hobnob with Hollywood A-listers.

LOS ANGELES—Lav Diaz is attending this Saturday’s (Sunday, Manila time) Film Independent Spirit Awards, where his well-reviewed “Norte, the End of History” is only the second entry from the Philippines to earn a nomination in the best international film category. With Lav are his actors, Sid Lucero, Archie Alemania and Moira Lang (formerly Raymond Lee, also one of the producers) and producer Carlson Chan.

Lav’s four-hour modern take on Fyodor Dostoyevsky’s “Crime and Punishment,” which landed on many international critics’ lists of best films of 2014, is up against two of this awards season’s top contenders, Poland’s “Ida” and Russia’s “Leviathan,” which won the Golden Globe Awards’ best foreign film prize last month. “Norte’s” other three rivals include Sweden’s “Force Majeure,” Canada’s “Mommy” and United Kingdom’s “Under the Skin.”

“Norte” is in good company. “Ida” and “Leviathan” are the front-runners in the best foreign film race in the Oscars this Sunday (Monday in Manila).

Moira said of their film’s chances at the Spirit Awards, “Honestly, ‘Ida’ and ‘Leviathan’ are the favorites since they’ve already won from other awards groups. So, kahit na may konting pag-asa, none of us are expecting to win. We’re very realistic and humble naman about the film’s chances. We’ll just be having fun.”

In the 2007 Spirit Awards, “Ang Pagdadalaga ni (The Blossoming of) Maximo Oliveros” became the first Philippine entry to score a best international film nomination. The award is given to the director.

By coincidence, Moira also produced “The Blossoming” with his group, ufo Pictures. “Only our director, Kanakan Balintagos (formerly Auraeus Solito), got to attend,” Moira said. “So this is my first time to attend the Spirit Awards. Everyone in our group is a Spirits virgin, except for our friend Vincent Nebrida, who works in both the US and the Philippine indie scene. Both Kanakan and Vincent say it’s quite a blast.” 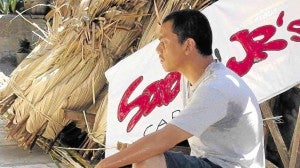 ARCHIE Alemania, who portrays a wrongfully convicted man in “Norte,” hopes to get a snapshot with Emma Stone.

Marking its 30th anniversary this year, the Spirit Awards is presented by the Film Independent, a nonprofit organization that celebrates American and international independent filmmakers. Film Independent is also behind the Los Angeles Film Festival.

Traditionally held the day before the Oscars, the Spirit Awards, in keeping with its indie spirit, is a daytime luncheon event held in a tent by the beach in Santa Monica, California.

But the awards event has become significantly bigger in recent years. Actors Kristen Bell and Fred Armisen are hosting the ceremony, which will have such star presenters as Cate Blanchett, Oprah Winfrey, Jared Leto, Kerry Washington, Emma Stone, Julianne Moore, Miles Teller, JK Simmons and Jessica Chastain, among others.

Filipino-American Matthew Libatique won the Spirit Awards’ best cinematography honors twice, for “Requiem for a Dream” in 2001 and for “Black Swan” in 2011.

In 2006, two young Fil-Ams, Ian Gamazon and Neill dela Llana, won the Someone to Watch Award, given to “talented filmmakers of singular vision who have not yet received appropriate recognition.” Ian and Neill won for “Cavite,” which they shot in the Philippine province.

Another Fil-Am, David Maquiling, vied for the same award in 1992 for his film, “Too Much Sleep.” David now teaches at University of Southern California’s film school.

The Spirit Awards have the same two features, Alejandro Gonzalez Iñarritu’s “Birdman” and Richard Linklater’s “Boyhood,” as the heavy favorites to win best film as in the Oscars. But “Selma’s” David Oyelowo and Ava DuVernay, who were snubbed by the Academy, are in the Spirit Awards’ races for best actor and director, respectively. 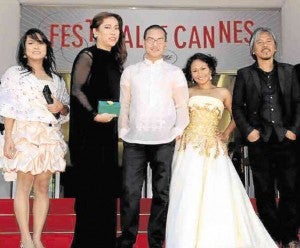 The nominees’ list has a more international touch as well, with such names as Rinko Kikuchi (for best actress) and Andrea Suarez Paz (for best supporting actress).

While 2014 was a banner year for Lav, 2015 is also starting auspiciously for the filmmaker noted for his long films. Lav has finished the first part of a three-part documentary series on post-“Haiyan” Tacloban and its victims. “Storm Children, Book One” follows three children in Tacloban who survive the devastation wrought by Supertyphoon Haiyan.

“Storm Children,” two and a half hours long, was shown last Feb. 14 and 16 at the Museum of Modern Art in New York. Lav’s 67th Locarno International Film Festival Golden Leopard winner, “Mula sa Kung Ano ang Noon (From What is Before)” was screened last Feb. 15 at the Walter Reade Theater, as presented by the Film Society of Lincoln Center.

“Norte” has landed a distribution deal and was bought by Cinema Guild last year. It had a theatrical opening in New York and other key US cities (but not yet in LA, because they reportedly couldn’t get a theatrical booking on account of its four-hour running time).

Never one to rest on his laurels, Lav is doing preproduction work on “Oryang,” an epic on Andres Bonifacio’s wife, Gregoria de Jesus.

Below are excerpts of our e-mail interview with Lav, Moira and Archie:

What does “Norte’s” best international film nomination mean to you on a personal level, especially in the context of its long and successful run in the film festival circuit?

Moira (M): It is an immense joy. For me, it shines the spotlight not just on the film, Lav Diaz or everyone in our crew, but on Filipino filmmaking at the moment. It is also meaningful, as it comes at a time when local independent filmmaking needs serious rethinking to make it sustainable. The past 10 years have seen an incredible blossoming in terms of quantity and quality, definitely. And this is something to celebrate.

But when it comes to distributing most of these films or even just the very best of them, reaching their potentially huge local audience, or simply assuring its workers a decent livelihood, we’ve barely scratched the surface. The whole community has built a healthy, even inspirational brand, but now it’s time to get down to business if we want to keep making films and doing them the indie way.

Archie (A): I’ve been so blessed to be a part of this film, which opened a lot of doors and opportunities for me as an actor. I got a lot of offers doing serious roles because of “Norte.” I even did an international film because a German director saw me in “Norte” when it was shown in Germany. This film boosted my morale as an actor and as a person.

What are you looking forward to at the Spirit Awards?

M: Seeing Miles Teller! Seriously, I just want to enjoy being there and being in the company of our director and two of our actors.

A: Just being there alongside some of the world’s finest actors, actresses and directors. And, of course, seeing Emma Stone in person and [maybe] having a picture taken with her.

What are your thoughts and hopes as you prepare to attend the Spirit Awards?

A: Of course, winning! It would be the best birth anniversary (March 6) gift for me, ever, if our film wins.