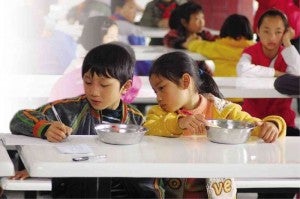 “Sunlight at Fingertips” tells the story of the children of rural folks who have to work in the city.

Six acclaimed films, including an Oscar-nominated martial arts epic, are lined up for the 9th Spring Film Festival, which starts today.

Topping the list is Wong Kar-wai’s “The Grandmaster,” the invitational gala presentation at 6:45 p.m. at Shangri-La Plaza mall. (The festival will screen five other films for free until Feb. 22.)

“The Grandmaster,” which top-bills Tony Leung and Zhang Ziyi, is one of the most-awarded Chinese films last year, with at least 53 citations. 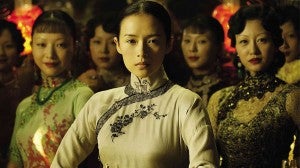 Zhang Ziyi (center) won a slew of best actress awards for “The Grandmaster.”

A movie about Bruce Lee’s mentor, “The Grandmaster,” was declared one of the Top 5 Foreign Language Films by the US-based National Board of Review.

Wong Kar-wai is the same director behind such modern classics as “In the Mood for Love,” “Happy Together” and “Chungking Express.”

‘Caught in the Web’

Another renowned filmmaker, Chen Kaige (“Farewell My Concubine”) is represented in the Shang fest via “Caught in the Web.” The 2012 comedy-drama about sensationalism in broadcast news and social media won best film at the Huabiao Film Awards, and best supporting actress for Luodan Wang at the Golden Rooster Awards. 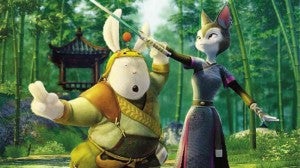 “Legend of Kung Fu Rabbit” was screened at the Pusan and Brisbane fests.

Festival organizers included an animated film this year, Lijun Sun’s “Legend of Kung Fu Rabbit,” which was screened at the Pusan and Brisbane fests and declared best animation at the Huabiao Film Awards.

Sidney Christopher Bata, director of the Ricardo Leong Center for Chinese Studies, one of the organizers, said the aim is to attract young viewers. “A survey we conducted last year showed that, apart from animation, Filipinos preferred light-hearted fare,” Bata told the Inquirer.

He reported an animation boom in mainland China: “Animation studios have been [busy] of late. Some productions are in 3D; a 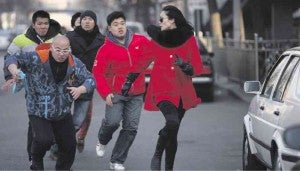 Bata noted that some Hollywood studios and actors (like Kevin Spacey) have inked coproduction deals with Chinese film companies.

The Spring Festival is a fitting way to commemorate the 40th year of ties between China and the Philippines, said Bata.

The Cultural Division of the Embassy of the People’s Republic of China is cooperating with the Film Development Council of the Philippines, Ricardo Leong Center, the Confucius Institute of Ateneo de Manila University and Ateneo Celadon in presenting the fest. 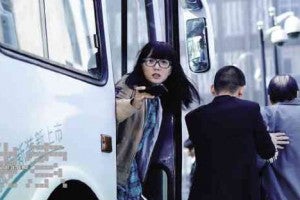 The two other films on the roster likewise focus on young characters, Bata pointed out.

Qu Jingtao’s “Love Deposit” is a romantic-comedy set in a café for lovers. Huang He’s “Sunlight at Fingertips” is a family drama about children left in the care of grandparents in the countryside because their parents have to work in the city.

“[They’re like] children of overseas Filipino workers. Beyond our differences, our countries have so many things in common,” said Bata.

Read Next
New digital channels with ‘black box’
EDITORS' PICK
vivo brings to the Philippines a powerful smartphone with a slimmer body, the vivo Y02s for only PHP 6,499
Apple warns of flaw that lets hackers into iPhones, Macs
46% of schools nationwide to have full face-to-face classes on Aug. 22
House energy committee chair Arroyo bats for cheap electricity
What to watch out for when selecting a video surveillance solution
Heads may roll at BOC, says Palace if sugar smugglers are allowed to use recycled import permits
MOST READ
DepEd to give teachers P5K cash allowance within first week of classes
LOOK: Miel Pangilinan dazzles in glittery pre-debut shoot
DOJ indicts bank officer in $2.1 billion Wirecard fiasco
PH importing sugar after all: Marcos okays 150,000 MT
Don't miss out on the latest news and information.