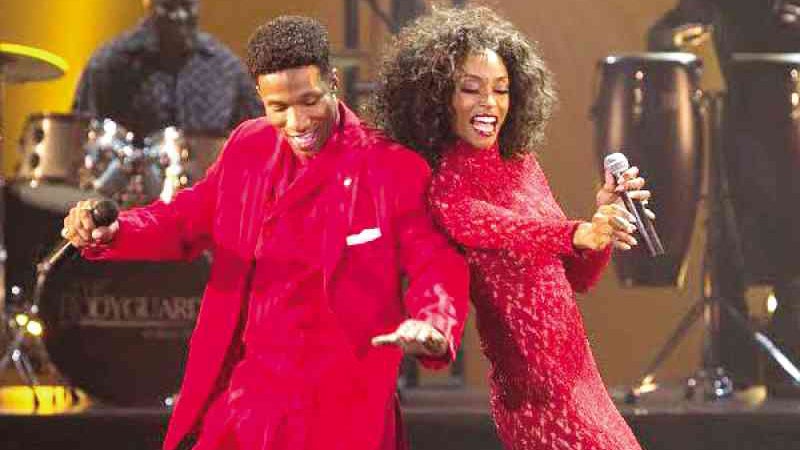 “None of it is imitation,” actor Arlen Escarpeta told the Inquirer about his portrayal of controversial singer Bobby Brown in the Whitney Houston biopic “Whitney.”

In an exclusive phone interview, Escarpeta said: “As an actor, your job is never to imitate but to emulate, and try to come from a place of feeling, so I can tell you, 100 percent sure, going through those emotions playing Bobby Brown, I felt the pain, the struggle, the happiness, the magic. To imitate someone, like Whitney Houston or Bobby Brown, would not be doing them justice. This came from a place of love.”

How much of the movie will focus on the problems, like the couple’s drug use?

The film highlights them individually. It shows their shortcomings, their vices, what they needed and wanted and, from a relationship standpoint, what they were giving each other.

How would you describe Angela Bassett as a director?

There’s this sweetness about her that can’t be rivaled. She’s a wonderful person. And she’s a magician… she uses this same love to honor you and let you trust yourself.

What can we learn from the lives of Whitney and Bobby?

The strongest message is that love knows no boundaries. These two people truly loved one another and, against all the odds, they went for it, a hundred percent. We know how things ended, but the beauty within that struggle, trying to make things happen… people should try to enjoy the roller coaster ride. 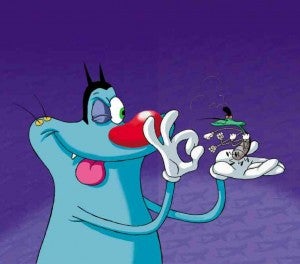 “OGGY and the Cockroaches”

What surprised you about Bobby’s life, and how do you feel about him now?

It’s that he sacrificed a lot. He put his real life ahead of his entertainment life, and that shows a lot of character and strength. I think he’ll be happy with the film, absolutely.

Who are your acting heroes?

Definitely, our director. She’s tremendous; she’s kept her sanity in this crazy world. I also learned a lot from her husband, Courtney Vance, whom I got to work with in [“Final Destination 5”]. I love how they balance each other out. Then there’s Meryl Streep, an amazing actress… Don Cheadle, Kevin Spacey, Denzel Washington… I admire all actors who kept at it, and allowed themselves to grow. To work as an actor is one thing, but to grow as an actor … it’s a treat.

What do you wish to accomplish as an actor, ultimately?

Hopefully, this opens another door [to] something that allows me to continue what I do. I love what I do; I just want to keep going. That’s all I ask.

‘Oggy and the Cockroaches’

Nickelodeon welcomes “Oggy and the Cockroaches” to its programming line-up. One of the most well-known cartoons globally, it is a worldwide hit broadcasting in over 150 countries on major networks. The show, about Oggy the cat and three cockroaches that won’t leave him alone, airs weekdays, 5 p.m.