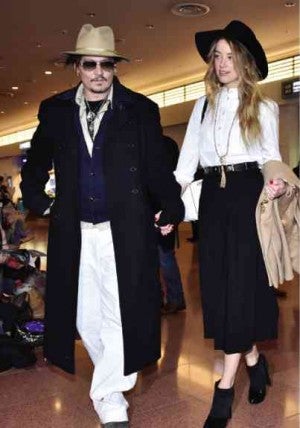 Talk about a tempest in a teapot. Minor Project is beset by a brewing battle between two struggling—and we use the term loosely here—“stars.”

Perky Starlet saw red when Pretty Colleague landed the meaty role she coveted. PS was slighted because she had been languishing in the company’s stable of neglected talents.

Worse, PC is a new arrival from a rival firm, while PS could qualify for a loyalty award.

PS thought it unfair that she was made to play support to another supporting player. That’s the bottom of the pecking order. Welcome to the D list.

FC, however, got in trouble with authorities after being caught possessing illicit drugs.

AP’s minions pulled strings to save FC from the severest punishment. The misdeed was efficiently swept under the rug.

Glamorous Beauty, wanting to feel closer to the masses, hit the streets, to hobnob with the common folk. 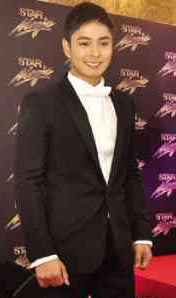 COCO Martin was “shocked” by new project. RICHARD A. REYES

But GB had a debilitating fear of germs, so she feigned injuries and bandaged her hands beforehand.

Just like GB, Obsessive Star keeps a bottle of alcohol or a pack of hand wipes within reach. Paranoid, much?

Popular Star made the mistake of wearing a revealing gown on the red carpet.

Dismayed by the bashing, PS ran to a top surgeon for an instant lift. Next time she attends a glitzy event, she’ll be perkier, for sure.

From the Inquirer tabloid Bandera: Dashing Boyfriend often visits Seasoned Star on the set. Trouble is, SS acts like a giddy teenager around DB. 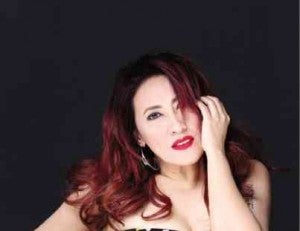 AI AI DELAS Alas says she is now well-behaved because she has a new boyfriend.

SS and DB can’t keep their hands to themselves and would even feed each other during meal breaks.

Worse, SS and DB think nothing of engaging in marathon smooching sessions. SS’ younger colleagues find such public displays of affection creepy. It’s like watching your parents make out, they complain. Ew.

Hong Kong-raised Richard Juan, a chinito heartthrob, has joined the roster of SM Youth (a top local fashion brand for the young) endorsers. Richard earned his Broadcast Communication degree in University of the Philippines Diliman. He joined the “Foreignoy” contest on “Eat Bulaga” and emerged as the “Dabarkads Choice,” securing for him a slot as regular host in the program’s “Pinoy Henyo” segment.

The magazine said a bigger wedding is planned for this weekend on Depp’s private island, Little Hall’s Pond Cay, in the Bahamas. Reuters 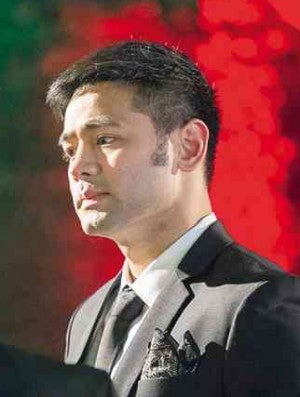 Video nina Manny at Jinkee Pacquiao mabilis na kumalat. (Mom had nothing to do with this, right?)

Read Next
Bradley Cooper addresses ‘American Sniper’ controversy
EDITORS' PICK
vivo brings to the Philippines a powerful smartphone with a slimmer body, the vivo Y02s for only PHP 6,499
Apple warns of flaw that lets hackers into iPhones, Macs
46% of schools nationwide to have full face-to-face classes on Aug. 22
House energy committee chair Arroyo bats for cheap electricity
What to watch out for when selecting a video surveillance solution
Heads may roll at BOC, says Palace if sugar smugglers are allowed to use recycled import permits
MOST READ
DepEd to give teachers P5K cash allowance within first week of classes
LOOK: Miel Pangilinan dazzles in glittery pre-debut shoot
DOJ indicts bank officer in $2.1 billion Wirecard fiasco
PH importing sugar after all: Marcos okays 150,000 MT
Don't miss out on the latest news and information.