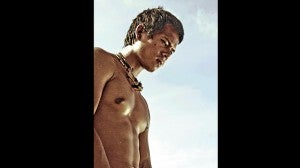 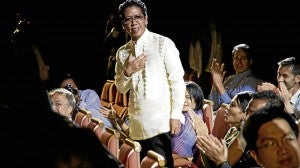 The film, which was inspired by stories that the director’s mother, Leonarda Calo Solito, told him about her native Palawan when he was a child, debuted at the Directors’ Fortnight (Quinzaine des Réalisateurs) section of the world’s most prestigious festival.

Solito said that Frederic Boyer, artistic director of the Directors’ Fortnight, introduced “Busong” and recounted the history of Filipino filmmakers’ participation in the festival — citing the late Lino Brocka’s debut in Cannes in 1978.

In his remarks before the screening, Solito said: “I was a kid when Lino Brocka made it to the Quinzaine in 1978. I thought then, can I do this someday? And now I’m here.”

And then he quipped: “I Cannes!” 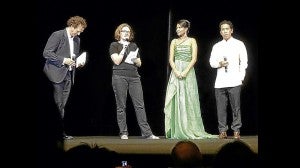 Also in the delegation were the film’s co-producers who flew in from the United States: Meme Alcasabas and doctors Bambi Lorica, Raffy Gorospe, Merla Puray and Emile Tayag.

Solito said he told the audience about the film’s inspiration, his mother, who coincidentally was celebrating her birthday in Manila on the day of the premiere, May 16.

The audience broke into applause after the last frame of the film, Solito related. He sat down but the clapping wouldn’t stop, so Boyer asked him to rise again and bow.

The cheers continued as De Rossi and the rest of the “Busong” team stood up and bowed together. 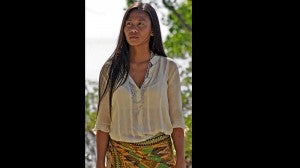 “We all started embracing each other,” Solito recounted. “Everyone was teary eyed. Even Alessandra cried.”

Clifford Bañagale, the Los Angeles-based actor who plays Auraeus’ alter ego character in “Busong,” did not make it to the premiere due to a delay in the processing of his travel documents.

First of a trilogy

“Busong” is the first of a trilogy on Palawan that the director of the internationally heralded “Ang Pagdadalaga ni (The Blossoming of) Maximo Oliveros” is making.

The second and third films, “Delubyo (Deluge)” and “Sumbang (Origin),” will tackle the picturesque province’s past.

“Busong” itself is composed of three segments: “Forest,” “Sea” and “Mountain.”

In her review of “Busong,” The Hollywood Reporter’s Maggie Lee described the film as a “visually and aurally delightful celebration of Philippine indigenous culture that is more mystifying than mystic.”

Lee wrote: “‘Busong’ is of immense interest to researchers of South East Asian anthropology, as well as anyone planning a paradisiacal beach holiday, but it will be hard to market a film that will certainly leave any audience nonplused even in art house cliques. Nevertheless, as scenes of pristine nautical beauty and sensuous masculine physicality testify, the film has higher aesthetic sensibility than just a cultural curio, and should find a spot in festivals.”

Lee summed up her review by praising Louie Quirino’s cinematography: “The superb underwater cinematography makes the marine creatures throb with life and move with ballet rhythm. The final scene, which features a magical metamorphosis of butterflies, is surreal yet truly beatific, and momentarily lifts the story into the realm of magic. Even Magritte would be impressed.”