Mystica: Fight vs Marlene to raise funds for ‘temple of Christ’ 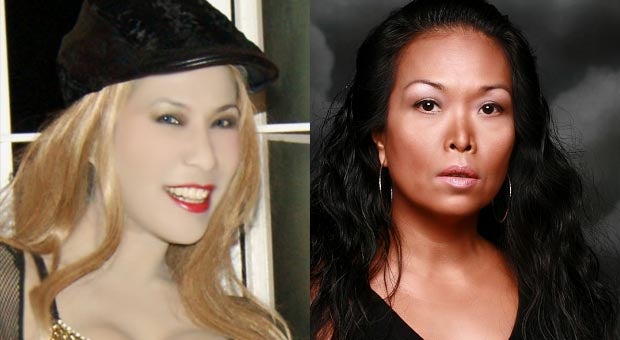 MANILA, Philippines—The stakes have just gotten higher in the much-talked about online feud between Mystica and Marlene Aguilar.

Mystica, after accepting the street fight dare posed by Aguilar to her “haters” on Facebook, said the spectacle would help her raise funds to build a “temple of Christ.”

“If I will win, the $2 billion from each side will be for the Mystica Temple—the Temple of Christ (www.mysticatempleofchrist.com) because my greatest goal is to establish a new kingdom in the Philippines in order to honor our lord Jesus Christ!” the singer-actress posted on her Facebook account on Thursday after saying she was willing to bet $2 billion for the fight.

She earlier said she was serious in her “challenge for a fatal one-on-one street fight (away-kalye)” with Aguilar.

“This is to announce to the whole world that I am willing to bet my whole life in honor of Pope Francis and the whole Catholic and non-Catholic religion who has been maligned, affected and humiliated throughout the world by this cold-blooded, boastful and arrogant human being with a disgraced soul!” Mystica posted on her Facebook account on Thursday.

Marlene Aguilar, sister of folk singer Freddie Aguilar, has continued to criticize netizens who chastised her for her obscene Facebook posts on Pope Francis during his five-day visit to the country last week.

Aguilar, referring to herself as “She Dragon,” started posting negative comments about the Pope and his followers on the second day of his visit on Jan. 16, calling the head of the Church the devil in priest’s clothing (“demonyong naka abito“) and accusing him of various crimes against the Church and humanity.

“To Jesus—why are your children in the Philippines praising Pope Francis as a living god? According to my research the Pope is being charged with child rape, child torture, child murder, genocide, treason and crimes against humanity. So why are the members of your church behaving like utter idiots? Is it because they have forsaken your name in vain?” Aguilar posted on Tuesday.

She earlier challenged her online attackers and the Pope himself to a fight, saying if God was really on their side, they would not get harmed.

Her posts have since gone viral and attracted various reactions of rage and amusement online. But the most notable response had come from Mystica, who said she was accepting Aguilar’s challenge on behalf of the faithful.

Aguilar is the mother of Jason Ivler, suspect in the road rage murder of Renato Victor Ebarle Jr. in November 2009. The victim was a son of then Malacañang undersecretary Renato Ebarle Sr. Aguilar was accused of hiding Ivler from the authorities before his arrest in 2010.

Mystica is a performer popularly known for her stunts—most especially her splits—during her shows. She filmed in 2013 a seven-hour film called “Querido” which was uploaded on Youtube.