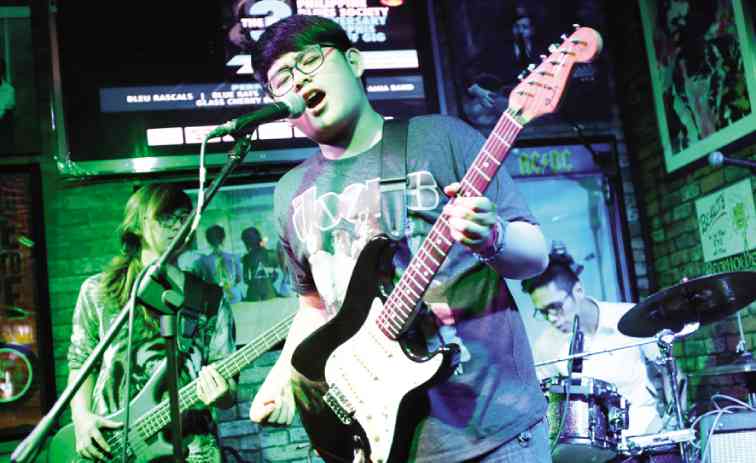 The Gimmix, a young progressive jazz blues group led by second-generation guitarist Alvin Jarek Gonzales, with Rintintin/Kosmikskala’s Kristine Virtucio on guest vocals, set the bar high for the night with a nifty set of shuffles and ballads that showcased Virtucio’s powerful range and the young Gonzales’ amazing axe work. 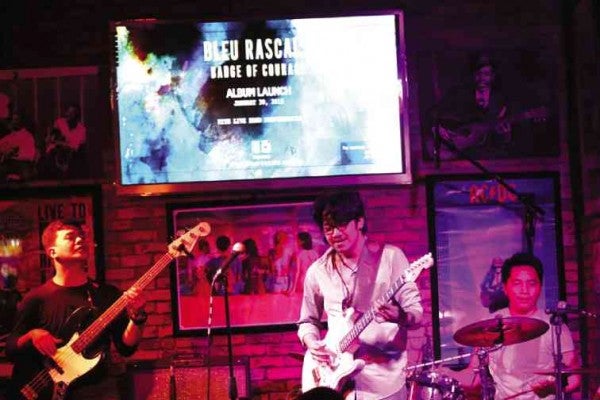 Mean Jay—bassist Cariissa Ramos, drummer Zachary Zerrudo and 16-year old axe wiz Joko Reantaso—came off more polished and bluesy than when it placed a surprise fourth in the last PBS-sponsored Philippine Blues Competition, capping its set with revved-up takes on the Doors’ version of “Roadhouse Blues” and the Hendrix favorite, “Voodoo Child.”

Local entertainment institution Blue Rats came in full force and showed everyone why after two decades it’s still the coolest blues-based group of rockers in town. Vocalists Clare Lapuz and Melinda Torre were soulful as ever, radiating power and grace, as ace guitarists Joey Puyat and Kedy Sanchez traded enthusiastic yet beautifully reined-in licks. Petite Roxy Modesto was big with her saxophone, as usual, while Tom Epperson’s harmonica solos were impeccable.

Memphis-bound Glass Cherry Breakers showed why they won the last Philippine Blues Competition, anchored on Maegan Aguilar’s powerful voice and Sammy Asuncion’s superb axe solos. As the guitarist-band leader promised after their PBC triumph, the band was now “a lot bluesier” for Memphis, having managed to turn some of Maegan’s rock angst into blues mojo. 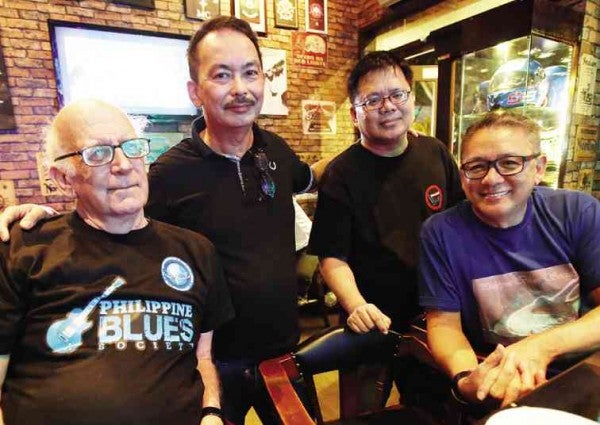 Capping the night was Bleu Rascals, the highly in-demand young trio of Paul Marney Leobrera on guitar, Oliver Salaysay on bass and Jay Garcia on drums. The obviously challenged Leobrera put on another virtuoso show with his trusty blood-stained Strat, doing several shuffles and ending with an extended cover of his favorite John Mayer piece, “Gravity.”

It was a perfect six for six that, if recorded, would have made a good live concert album. It was so good that PBS directors in the house—Eddieboy Santos, Allan Magturo, Peng Perez de Tagle—and Blues Asia Network’s Tom Colvin, as well as PBS events manager Dudee Alfonso, all looked like they had just had their cake and eaten it, too.

A beaming Colvin offered in explanation: “There’s something about putting really good bands together in a show—they push each other’s performances to a higher level. This was one of those rare nights.”