Breaking language barriers, one giggly scene at a time 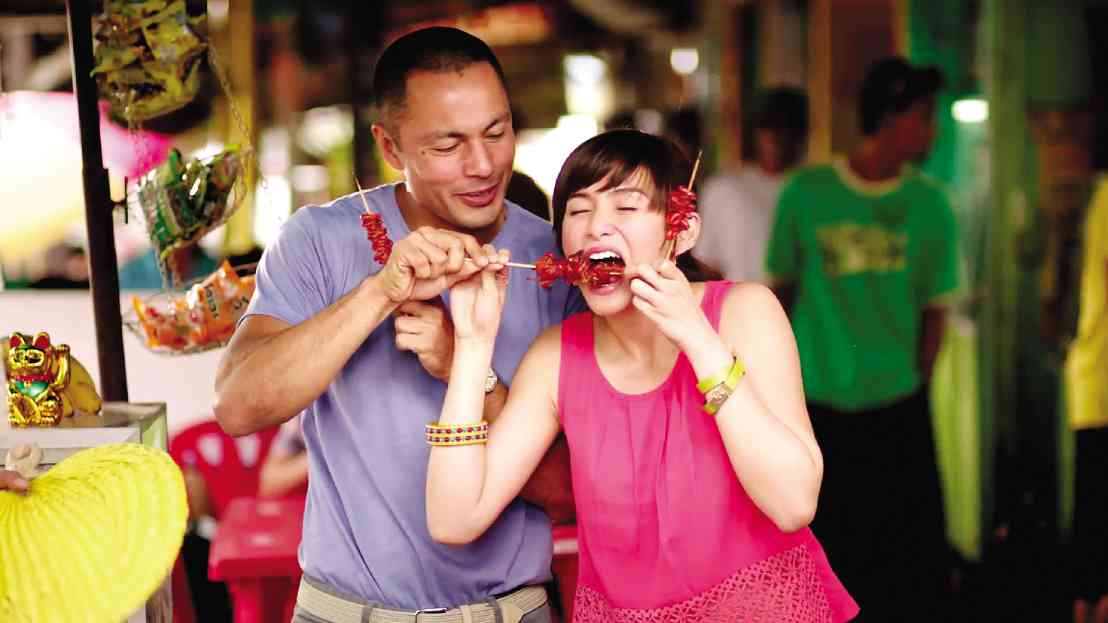 Derek Ramsay is easygoing and Jennylyn Mercado brims with enthusiasm in “English Only, Please.”

It’s nothing new or earthshaking, and it has more than its rightful share of predictable predicaments—but “English Only, Please” works. It’s a simple feel-good film that stands out in a field often populated with grand and bombastic productions.

This setup presents ages-old tropes and parameters: Boy meets girl, they get the hang of initially baffling idiosyncracies, are exposed to each other’s vulnerabilities, then mutually acknowledge a spark between them that’s worth pursuing.

This Metro Manila Film Festival entry is typical and familiar in parts. The inevitables are a given and the filmmaker evidently understands that, hence the spiced-up script (by Antoinette Jadaone and Anj Pessumal) and tight focus on characters that more than make up for the latest iteration of the worn-out “romance recovery” plot.

Sufficient communication quirks and minutiae keep Julian and Tere’s bond relatable, too. He gets a crash course on Filipinos’ bilingual nature, or at least their familiarity with another language, taught in unceasingly perky ways by his patient teacher.

Tere’s take on the lingo is rife with “Tagalized” words and mutated slang, explained in cutaway, animated “dictionary pages” (reminiscent of the interspersed cartoon gags in “Diary of a Wimpy Kid,” among other flicks). The technique isn’t wasted and somewhat adds to the already cute scenario. And boy, does it milk the cuteness factor everywhere else!

Apart from the main tutor-student bond, there’s Tere’s obsessive relationship with an ex-boyfriend-turned-f-buddy (Kean Cipriano), obviously doomed to everyone else. (Cipriano is aptly sleazy and pesky as the ladies’ man who gets his way a lot, a persuasive guy who gets Tere to buy him expensive gifts).

But Julian and Tere, who give themselves the nicknames “Tanga One” and “Tanga Two” for being fools for love, gradually appreciate each other as much for their faults as for their strengths. Will the cutesy new friends—and potential lovers—survive the ultimate miscommunication scene?

Mercado imbues Tere with enough verve and tireless enthusiasm that these qualities translate on the viewers’ end.

The rawness is complemented by Ramsay’s mostly easygoing but sometimes impassioned character.

To those familiar with Ramsay’s hosting and veejay stints, the role fits, no problem—except for the parts where he speaks “Americanized” Filipino. It may send some into eye-rolling or cringing fits, although to the unfamiliar (yes, there are still those), he delivers just fine. In any case, he’s a good fit—his regular diction and intonation are put to good use.

Together, they share a unique, coruscating chemistry; they’re a functional enough tandem—they pleasantly reacquaint themselves with an oft-evolving culture, and break language barriers, one giggly scene at a time.