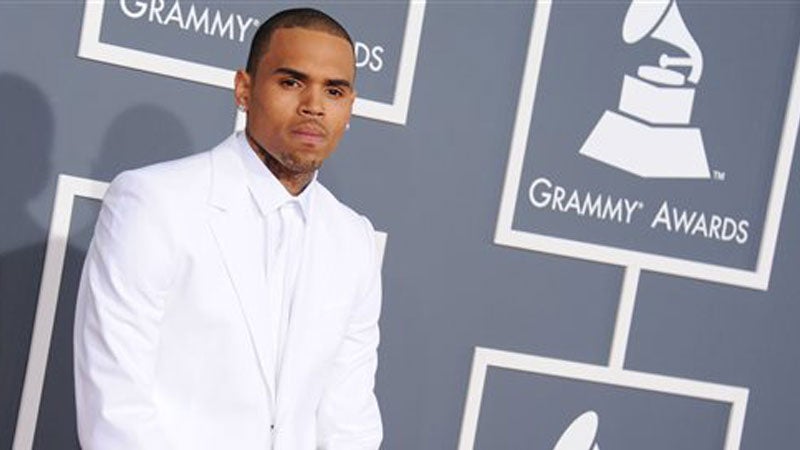 MANILA, Philippines–Chris Brown either threw a tantrum or simply missed his flight to Manila on the day he was scheduled to perform at a New Year’s Eve countdown concert at the Philippine Arena, a source contracted to provide Filipino music artists to the event told the Inquirer.

The 25-year-old Brown—an American R&B/hip-hop singer-songwriter who has had brushes with the law and had pleaded guilty five years ago to a felony charge for assaulting his former girlfriend, pop star Rihanna—reportedly lost his passport on Dec. 30, a day before the concert, and subsequently failed to board a commercial flight to Manila.

The Maligaya Development Corp. (MDC) management said Brown’s local representative, Mike Pio Roda of Pinnacle Live Concepts, had informed them only on Wednesday afternoon, Dec. 31, that the singer could not make it to the concert that evening.

The source, who provided other artists to the concert, said that Brown did not seem inclined to return his talent fee and that MDC was contemplating a lawsuit against the artist.

“We were informed that Chris (was) still in Los Angeles because according to them, Chris Brown lost his passport the day before the scheduled event,” a statement from the MDC management said.

The New Year Countdown concert at the Philippine Arena in Ciudad de Victoria in Bocaue, Bulacan province, proceeded as scheduled even without Brown, a press statement from the Iglesia ni Cristo (INC) said.

INC general auditor Glicerio Santos Jr. said the main event in the countdown concert dominated by rock star Bamboo was the 30-minute fireworks display before a capacity crowd in the 55,000-seater Philippine Arena.

“That’s a lot of bull,” said the Inquirer source—who requested anonymity because he was not authorized to speak on the matter—adding that the incident was a reflection of Brown’s unprofessional attitude. His talent fee had been fully paid before he was to fly to Manila, said the source.

There was talk that the entire production, including talent fees for other performing artists, cost over $1 million (or more than P44 million), although at press time this had not been confirmed by the concert organizer.

Brown lost his passport when it was “stolen from his vehicle,” said Roda, who told the Inquirer he was hired as a talent consultant to negotiate the singer’s contract for the concert.

Roda, whose office, Pinnacle Live Concepts Ltd., is based in Hong Kong, said he learned about the stolen passport from Brown’s management only on Dec. 31.

But Brown’s initial entourage composed of his tour manager, crew and dancers arrived at the Ninoy Aquino International Airport (Naia) before 9 p.m. on Dec. 30, said Jasmine Macaraeg, head of the Filipino road management team assigned to meet the artist and his group and handle all their needs before, during, and after the concert.

Macaraeg added that Brown himself was scheduled to arrive with a second entourage at 11 a.m. on Dec. 31 via Korean Air, and was booked at the Manila Peninsula. Brown’s group was supposed to include “his manager, a personal security, an assistant, a friend, a photographer, and Brown’s girlfriend.”

Only the photographer from that flight made it to Naia, said Macaraeg, who added that a text message from the concert promoter said that Brown had missed his flight and might arrive “8 p.m. on Dec. 31, still via Korean Air.”

She was then informed that Brown’s flight would hopefully arrive “9:30 p.m. via Delta Air,” Macaraeg said.

A third advisory from the concert promoter said Brown had not yet left the United States, but would take a chartered private jet, although his management was still negotiating for a pilot and permit to land at the Clark International Airport in Pampanga province.

The last message Macaraeg received was at 3 p.m. of Dec. 31, saying that Brown might not arrive at all. “But his dancers were rehearsing until 4 a.m. of Dec. 30,” she said.

“I can’t speak on behalf of MDC nor do I know if that is true or not,” said Roda, who was quoted by MDC in a statement sent to media as saying: “We are currently in communication with the venue and exploring all options to address this cancellation. We hope to amicably come to terms on how we (will) proceed next…”

Roda told the Inquirer that “Chris’ intention is to reschedule, pending approval… However, if he cannot reach an agreement… he would aim to come (to Manila) on tour at some point… (but) no plans just yet. So far, MDC has not agreed to do a separate concert with him.”

The 2015 Philippine Countdown Concert, the first to be held at the Philippine Arena which had been declared the largest mixed-use theater in the world by Guinness World Records, was seen to be the start of such yearly events in the venue.