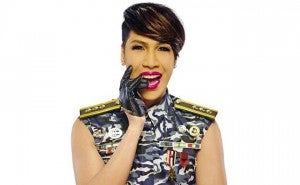 Roselle Lupisan, researcher: “At the rate the box-office turnout of the eight MMFF entries is going, it is clearly a runaway victory again for the starrers of Vice Ganda, Vic Sotto and Kris Aquino. If it’s any consolation, the tail-enders—the Robin Padilla starrer ‘Bonifacio: Ang Unang Pangulo,’ Derek Ramsay and Jennylyn Mercado’s ‘English Only, Please’ and Dingdong Dantes’ ‘Kubot,’ got the lion’s share of the awards.

“Here’s hoping that the box-office performance of the three films improves after their wins. It was reported that, two or three days after it opened, ‘Bonifacio’ raked in only P10 million. That’s a producer’s nightmare, considering that it was reportedly produced at a budget of P100 million!”

Evelyn Dagarag, housewife: “I welcome TV features on former ‘jukebox queens’ but, sad to say, not all of them are worth watching or listening to again. I was recently ‘terrified’ seeing one of them singing (or shouting) her signature song at the top of her voice—mostly out of tune! And the botched job done on her face was horrible.

“Singers, especially those past their prime, should be judicious and know that they’re better off avoiding TV appearances. Television can be such a cruel medium!”

Dennis Amping, student: “Whatever happened to the much-delayed movie and television comeback of Claudine Barretto? She has never been out of the limelight, because she figures in our consciousness every now and then—mostly in not so flattering news items.

“It’s unfortunate that her career seems to be in limbo nowadays. Among the Barretto sisters, she’s considered the better actress. I hope she bounces back, soonest. But, first, if she still hasn’t, she should lose weight.”

Cathy Lingcong, employee: “The dismal showing at the box office, despite the inclusion of Daniel Padilla in his uncle Robin Padilla’s MMFF entry, ‘Bonifacio: Ang Unang Pangulo’ proves that, as expected, viewers prefer escapist fare over serious-themed films. It also shows that, by his lonesome, Daniel is not yet a crowd-drawer at the tills.”