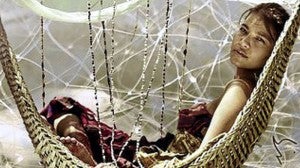 The Filipino indie film has won the International Critics’ Prize from the Fipresci [International Federation of Film Critics] at the Eurasia International Film Festival, held in Almaty, Kazakhstan, from September 19 to 24.

“Busong” premiered at the Directors’ Fortnight section of the Cannes fest in May and won best director at the Cinemalaya fest in Manila in July.

“I told my actor Dax Alejandro that I’ve never won a Fipresci before. I wished for this award and the universe gave it to me,” Solito told Inquirer Entertainment via e-mail.

In his acceptance speech, he thanked the critics “for honoring my tribe’s stories. This is the first Palawan indigenous film. I would like to thank the guiding spirit of my shaman ancestors.”

The film, which topbills Alessandra de Rossi as a maiden afflicted with a mysterious illness, depicts legends from the director’s home province of Palawan.

Solito said that the Fipresci jury was headed by Russian critic and TV host Andrei Shemiakin. Other members of the jury were critics Salome Kikaleishvili of Georgia and Oleksii Pershko of Ukraine.

“I wasn’t able to attend the festival, but I’ve been praying for our movie. It has a beautiful message about nature that the world needs to hear,” De Rossi told Inquirer Entertainment.

“Busong” will also be screened in the Hawaii, Mill Valley and Brussels fests.