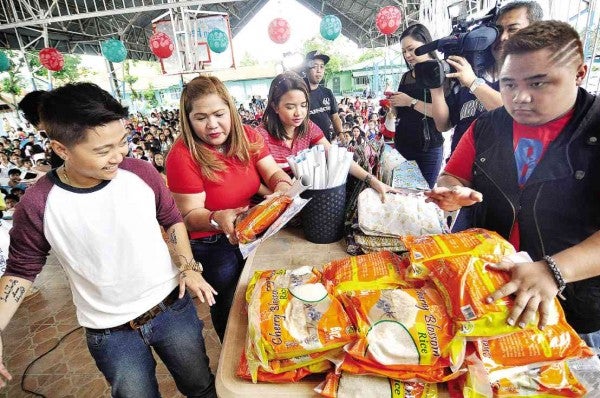 AT THE Cabuyao Central School (from left), Charice, mom Raquel, girlfriend Alyssa and brother Karl hand out gifts to fans. “I was a beauty queen here,” the singer told them.

“I became a beauty queen here,” revealed Charice Pempengco to some 700 kids, teachers and parents on Dec. 22, when she led an outreach program in Cabuyao Central School, where she studied Grade 1.

“Today, let’s just enjoy,” said the singing sensation, looking no more like the runnerup who danced the hula in the talent portion of that juvenile beauty contest, as she handed out brand-new clothes and rice packs. “This is my way of giving back for all the support [I have received].”

This year, she told ninang Oprah Winfrey that, deep inside, she is not a girl. Also this year, she patched things up with her mother after a long and very public spat. To Charice, it’s been a “real-life teleserye,” but she decided to end the year on a high note, with mom Raquel, brother Karl and girlfriend Allysa Quijano by her side. 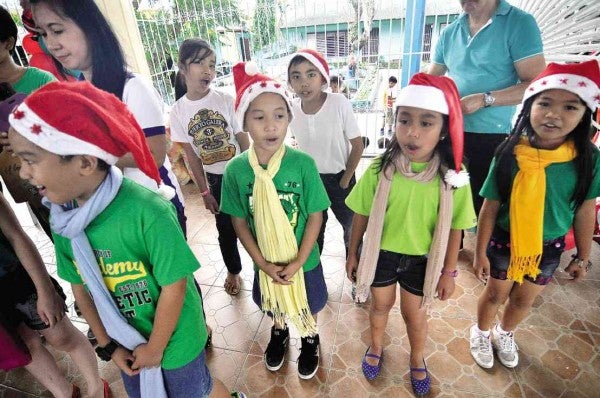 People would not stop screaming and applauding from the time she arrived in her Honda CR-Z. The cameras were restless.

In an event that she described as “very sincere,” Charice was serenaded by some of the students gathered from Cabuyao schools, including the special education and alternative learning (ALS) systems.

“I was hesitant to perform. Just the thought of singing in front of Charice gave me chills,” said Yeyet Ebron, a 35-year-old ALS student who sang “Ikaw ang Aking Pangarap,” by Martin Nievera. 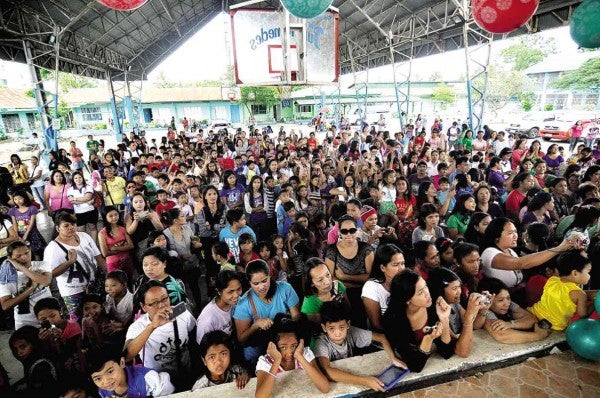 “It felt good to see those performances,” said Charice. “I’m just glad that everyone is still on board, waiting for what will happen next in my life.”

“We are complete now, plus one,” agreed Karl. “I still miss my sister, but I now have a new sister [in Allysa] and a brother.”

They are bracing for a busy year. “There are negotiations for an Asian tour. This year, it was the United States, Canada, Australia. The target for 2015 is Asia,” Charice told the Inquirer. “We’re also planning two albums, one international and another local and all-OPM, all Tagalog.”

She added: “Everything is okay now because everything is in place. I’m comfortable, chill, stress-free… 2015 is going to be amazing.”

Afterwards, she sang, “Have Yourself a Merry Little Christmas,” laden still with her signature, on-point runs.