Deck the halls and spice up the eggnog. Instead of cold and lonely, the holidays will be bright, festive, warm and cozy for newlyweds Boots Anson-Roa and Francisco “King” Rodrigo.

Boots, a veteran TV and movie actress who had been widowed for seven years, hogged headlines last June when she tied the knot with King, a lawyer, who had been a widower for six years. 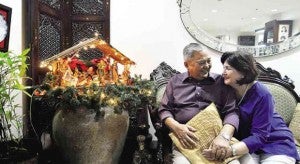 Streamlined decor of ‘belen,’ wreaths, poinsettias and lights are simple reminders of the season, says Boots who is basking in King’s “warm embrace.” Photos by Richard Reyes

This is their first Yuletide season together as a couple and they are celebrating in high style, in their spiffy condominium unit in Quezon City.

“After seven years of being a widow, it is special to be celebrating Christmas in the warmth of King’s embrace,” Boots, 69, told Living Stars.

It took more than a little convincing for King, 75, to relent and move into Boots’ pad. They originally planned to settle down in a house in Alabang.

“But it is too far from Ortigas Center, where his law office is,” Boots explained. 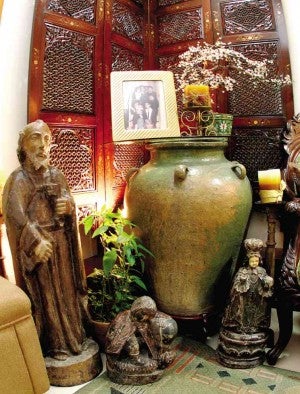 Antiques, including centuries-old burial jar, were from Pete’s mother.

Alabang is also quite a distance from her workplaces as an actor and a teacher. After wrapping up work on GMA 7’s “Strawberry Lane,” Boots will join the cast of two ABS-CBN shows, “Magkakapatid” and “Inday Bote,” next year.

Her condo unit was a happy compromise. “Plus, my place and the Rodrigo family compound are just minutes away from each other,” Boots said. “We can visit King’s Mommy Medy anytime. She’s 100 years old.”

The gentleman that he was, King set “ground rules” before agreeing to move in. “He insisted that I allow him to complete the 20 percent balance on the unit’s amortization, and that the property [stay] in my name.”

That, King told Boots—in jest, of course—was his way of making sure he wouldn’t look “like a kept man.” 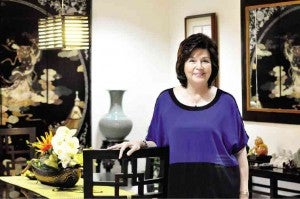 The move from a house in the suburbs to a condo in the heart of the city entailed some adjustments for King. However, Boots said, “He has come to appreciate the liberating advantages of a compact space. Among the other perks are round-the-clock security, maintenance and concierge service. Most importantly, everywhere we need to go is within reach.”

In 2011, Boots gave up the spacious house she shared with her late husband, Pete, and quickly adjusted to condo living. “There is a gym in the building. It is a stone’s throw away from the church and the mall. It’s convenient,” she said.

The only challenge was whittling down the furniture and décor pieces from the old house. Boots kept several heirlooms and other pieces with sentimental value. Whatever remained was put in storage. 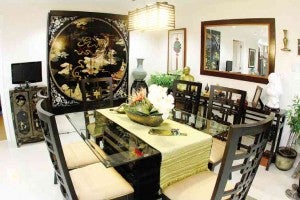 (A special memento is a preserved white butterfly that had lingered on Pete’s casket, along with imajens and family photographs.)

“We now enjoy the value of need versus want,” Boots said.

Even the Christmas décor has been streamlined. “Now we have only a belen (Nativity scene), a few wreaths and a holiday table setting.” In any case, a huge Christmas tree and belen at the condo building’s lobby are more than enough “to enhance the season’s joys.” 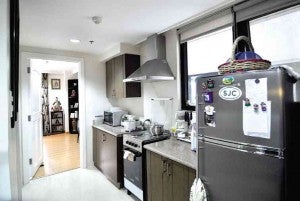 Spiffy kitchen, where King attempts to make breakfast every so often.

Cheery trimmings, she said, “are effective reminders of the first Christmas. But the true spirit of the holidays lies in the love we share during the season and throughout the year. Christ remains the reason for the season.”

King and Boots will be shuttling from party to party. “Noche buena will be with the Roas, Christmas morning Mass and lunch with the Rodrigos, dinner with the Ansons.”

The New Year is just as busy, said Boots. “For media noche, we will have the traditional dinner with the siblings and cousins of Olga Syyap, King’s late wife. It will be hosted by Olga’s cousin, Manny V. Pangilinan. New Year’s morning Mass and lunch will be with the Rodrigos.”

These “potluck” feasts are sure to feature the usual holiday fare: “Ham, queso de bola, pasta dishes, different kinds of bread and lots of cakes,” she said.

They both feel strongly about attending all these family affairs, precisely to show that marriage expanded their world. 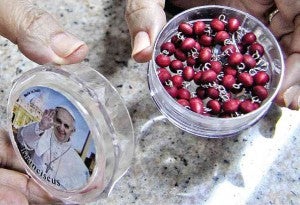 A Pope Francis rosary is the latest addition to her collection.

“I am close to my grandchildren,” said King. “I don’t want them to feel left out.”

The get-togethers are marked by marathon feasting and gift-giving. “Presents evoke the child in each one of us,” Boots said.

This year, she plans to give her husband a custom-made Ateneo commemorative watch with the distinctive blue eagle and “King” inscribed on it. King was an Atenean from grade school to law school.

She expects nothing extravagant from him. “His loving and caring [are the best gifts],” she said. 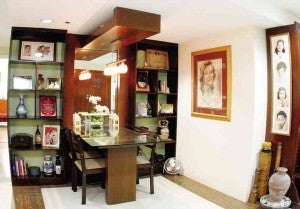 Reading nook is decorated with family photos and other mementos.

Their love story was five decades in the making.

Boots and King’s sister Pempe were high school friends. “I would visit Pempe in their home and King would be there… he was already married to Olga then,” Boots recounted.

King added, “I was a big brother to them at that time. Pete was my classmate in high school.” 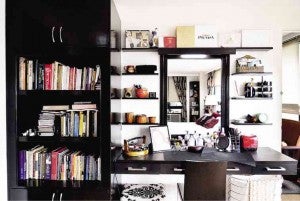 Bookshelf beside vanity dresser in the master bedroom.

In the martial law years, they were on opposite sides of the political fence. “I was working in the Marcos government,” Boots volunteered. “King was a political detainee.”

Their paths crossed again in 2005, Boots recalled. “Olga, who earlier had a kidney transplant, was helping us find donors for my son Joey, who was a kidney patient, too.” 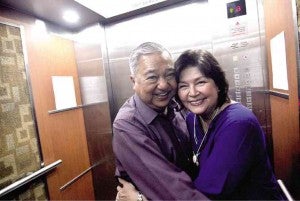 King and Boots in the building’s elevator

When they started dating in 2013, Boots related, “I prayed a novena to Padre Pio and St. Therese [for discernment] and asked for a sign: a white rose.”

Interestingly, she got what she asked for not once or twice, but four times. “The fourth was meaningful because a family friend, Sister Sarah Manipol of St. Paul, suddenly gave King a white rose after a Mass in Ateneo,” she said.

Last June, they became Mr. and Mrs. Rodrigo. Both confessed to prewedding jitters.

“We were both very set in our ways,” Boots recalled. “I was pretty sure I was self-sufficient and independent, that I didn’t need a man.” 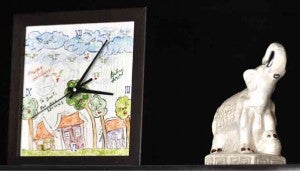 Child’s drawing is turned into a clock; 50-year-old ceramic elephant from an aunt

King’s apprehension was of another kind: “I had been living with my two sons and their families for so long. It was a big and bustling household. All of a sudden, I was looking at life alone with Boots.”

Well, that’s all behind them now. “I always say I’m very lucky because King is house-broken,” Boots said. She described him as a stickler for neatness, almost obsessive. “He likes cleaning the bathroom, bedroom, closets and cabinets. He loves to shine shoes. It’s his therapy. He does the groceries, too, and sometimes attempts to cook.”

Boots has dubbed him, jokingly, as “kilabot ng mga biyuda (predator of widows) and other single ladies.” She elaborated, “A lot of his female admirers would often ask if he could be cloned or Xeroxed.” 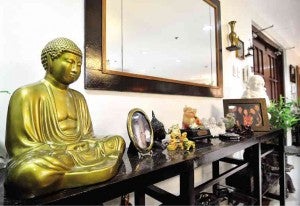 Golden Buddha, which is 60 years old, is from her mom’s collection.

Whether or not it’s the holiday season, she insists, every day with King is full of joy.

“King is so funny; he loves to crack jokes and laughs at them himself. I am relishing the best years of my life. King is heaven-sent. I thank God for whatever time together He will give us.”