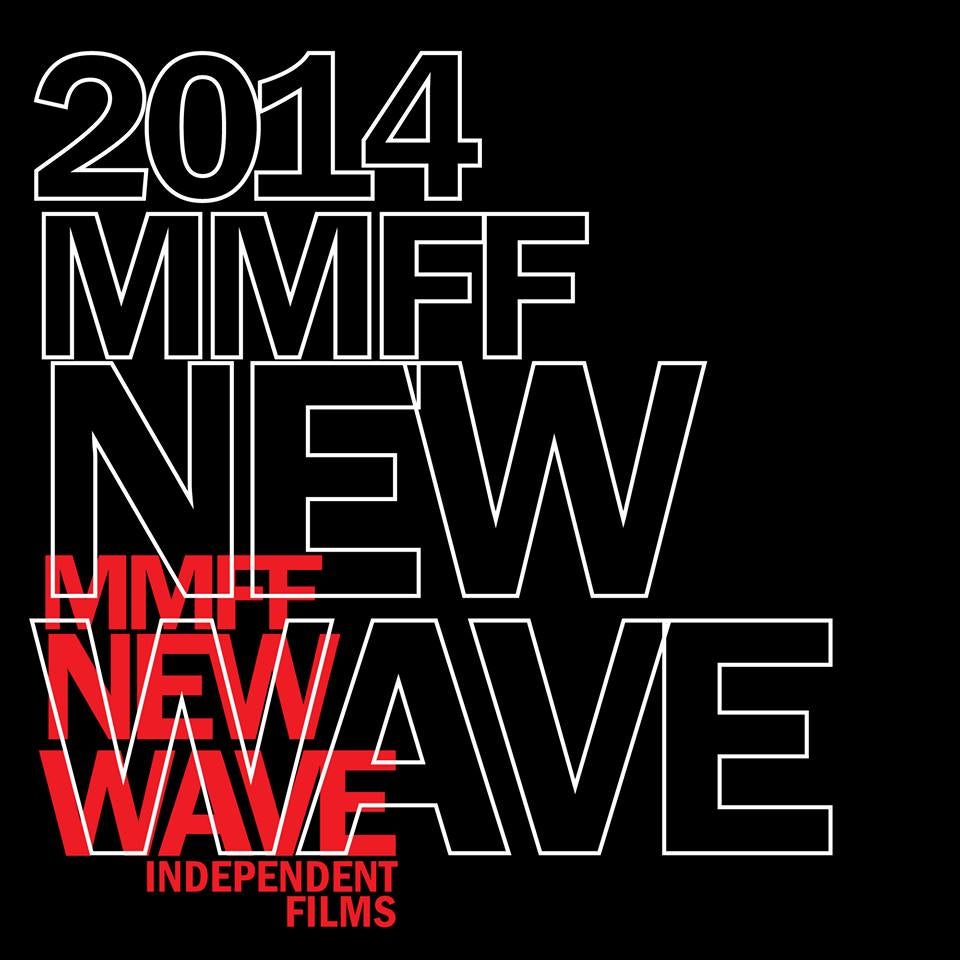 “What is important, being together or being official?”

Sam is a romantic, clingy, creative yet serious type of woman. She passionately loves Vincent, her boyfriend, and wants to settle down with him. Feeling uncertain and pressured, Vincent doesn’t feel the same way. Like many men who can’t wrap their heads around the idea of marriage, Vincent wants to remain spontaneous and patient, content on just playing things by ear.

Over time, indifference, pride and inharmony took their toll on the relationship. Still reeling from the overwhelming anguish caused by their breakup, Sam unexpectedly meets Jake. Being the good-hearted and emphatic man that he is, Jake fervently expresses his desire to be committed to her. But Sam is scared and unwilling, stuck in a mire of her murky and miserable past.

“Mulat” is a quite refreshing reminder for those who fell in and out of love. We all have this weird propensity to idealize love, like it is the sole reason why we are born, the only thing we need, or the very cure for all the society’s impurities. We set our own kooky standards and expectations grounded on these beliefs, while we insist on translating them in reality. And the result, we overestimate love’s essential, astonishing powers.

With its discerning dialogues, ventilated by the equally able actors, “Mulat” serves a pithy and palatable a recipe of a film that can be chewed on by the self-confessed idiots and victims of doomed hookups and breakups. The meaning it blares may be just one of those threadbare ones we can absorb from other romance flicks—the lessons of the heart we readily know how to acknowledge and act upon, but are bound to repress to evade the bitter effect of rejection, pain and separation from our cherished partners.

“Mulat” hits the nail right on the head as it communicates that there is more to love than sheer emotion or worldly passion. The truth is love is not an instant spark of static electricity on two surfaces, nor is it a reliable tester for compatibility. Love, like the origin of species, is an evolutionary process.

If there is one gripping element on Jason Paul Laxamana’s “Magkakabaung,” it is the twofold ordeal Randy (Allen Dizon), a coffin maker, has to face—the untimely death of his daughter Angeline and the burden of disposing of her body.

Randy is utterly devastated after accidentally killing his daughter with a wrong medication. Pablo (Emilio Garcia), an owner of a funeral home, comes to Randy’s rescue by helping him settle the hospital bills. But Randy never anticipates he is making pact with the devil, for Pablo wants to sell Angeline’s cadaver to medical students and turn it into cold cash.

Laxamana’s affinity for tragedy is fever-pitched as he tries to explore the travails of death and the struggle it entails. The rich could easily pay for its hefty price, but how about the poor, who can barely put food on their table? “Magkakabaung” is a rich oeuvre digging into the paradox of life, a notice that warns us of the unfairness plaguing the society, with which we have no power to thwart or change.

Apart from incriminating Pablo for the kind of crime he practices, the film poses no other solutions. What we could only do is cringe while Randy figures out his next steps to nobly keep the dignity of his daughter while clinging to his strongly-held religious beliefs. It seems to be Laxamana’s shrewd plan, as he wants us to observe and reflect on this rueful corner of reality, where even in death, we still die a hundredfold, when we could die just once.

What stands out in the film is Randy’s love for his daughter, portrayed in revolting scenes that will shake everyone to their core. He may be just an impoverished coffin maker but his amazing gift to his daughter is something money can’t buy.

Ato Bautista’s “Gemini” is a crazy psychological thriller that doesn’t attempt to do more than arrest the state of mind and hold it captive since its beginning: it is as gritty as the others of its kind, as unnerving as all of them, and it has a foundation in illusory existence.

Inside an interrogation room, Manuel, a sly police detective, sets out in his psychological manipulation to make Julia, a demented patient, confess the truth about the crime she gets involved in with her twin sister Judith. Julia recounts what happened years ago, when Judith fell in love with Anton, their teacher’s boyfriend, and accidently killed him. At the least, that is Julia’s muddled version of reality, because Judith has her own story too, and so does Manuel. As the film progresses, it takes the audience in one hell of a ride, similar to that of a horror train, fraught with debilitating twists and surprises.

“Gemini” succeeds on having that recognizable style of a classic film noir, where the storyline untangles within its dreary labyrinth-like structure, and is imbued with a feeling of darkness, alienation and paranoia. The manner through which it is told seems to induce bewitchment because of its black art complexity and strict, cautious approach even to its tiny details. This is where Bautista draws “Gemini’s” power. On top of that is its sinister mood and bleak visual, something so old and yet so fresh of a picture worth immersing ourselves in until the end, for it pleases the eyes as much as it dulls the senses all together.

Mon Confiado puts on his distinct self, flashing his trademark stare and smirk to animate Manuel. The role proves its significance just in time when the audience nearly resigns from their pursuit of clarity caused by the cluttered versions of stories the insane Julia keeps on telling. His dialogues are so tricky they impress a vague foreshadowing of the film’s revelations. Bautista effectively makes a mysterious character out of Manuel, who later on becomes someone else. His scenes are those that provide a firm grasp of what is really going on.

Likewise, Bautista’s exploit of Julia and Judith is quite admirable. He interchangeably uses the single face of real-life twin sisters, evoking a magical illusion that creates confusion and chaos. One may say the sisters Sheena and Brigette McBride give a little less than what their characters demand, but as newbies in the industry their performance could still be relegated to standard fare.

If anything, “Gemini’s” story is simple. But how it undertakes the exploration of its players’ troubled mind is so potent, wild and alluring. As if Julia or Judith’s imagined world never sates the brain’s hunger for truth, then wait until Manuel exposes his explosive secrets. Bautista may still be wandering in an uncharted terrain of his genre, but certainly it is where he could build his future fortress.

As what Mahatma Gandhi said, an eye for an eye makes the whole world blind. But aspiring leader Ronwaldo Mahardika (Ping Medina) doesn’t let his vision be clouded by violence. As the main protagonist in “Maratabat”, journalist Arlyn de la Cruz’s debut film, he wields the weapon of peace to conquer justice.

Maratabat, a province in Mindanao, is ruled by Gov. Salvador Abubakar (Julio Diaz) who has been in office for years. One of his sons (Richard Quan) is a congressman, while another is a mayor (Kristoffer King).

What is noteworthy about the clan is their political bestiality. They brutally eliminate those who have the guts to step on their feet. Until Ronwaldo, who hails from a prominent family, becomes the nightmare they never dreamed of. After gaining encouragement and support from local leaders, Ronwaldo decides to run for office, with the ambition of ending the tyrannical reign of the Abubakars. What happens next is a chilling mass bloodbath, reminiscent of the darkest time in the country that happened five years ago.

De la Cruz is nothing but bold and honest in depicting the Abubakars. Diaz is downright exceptional on his portrayal as Salvador. Shooting a would-be opponent of his son in the future elections serves as great hook for viewers, like committing a crime is just a customary greeting or farewell for the governor and his family.

If that is not enough to make your nerves flinch, then wait until you witness Salvador smoking meth with his son in front of a police officer and in another scene, Abubakars’ armed legion setting homes afire and gunning down civilians in a sugarcane field. With this agonizing representations come the bitter reality that De la Cruz wants to depict: Corrupt officials thrive, politically motivated crimes are rampant and much worse, perpetrators are never brought to justice.

Amid the grim, turmoiled setting is a living force that embodies renewed hope in the person of Ronwaldo. Firm, composed and brimming with dignity, Medina acutely channels his role’s aspirations. His will for change and his fight for the general welfare of the people serve as the bedrock of the film’s pride and honor. Not a single scene of Medina will not injure the heart. His announcement of candidacy before his followers, his stammering message for the Abubakars over the radio, his praying at the mosque and his mourning before his loved ones’ tomb—all too poignant, and at the same time exalting, for they subtly reek of inspiration and awakening.

“Maratabat” is nothing less than a lasting memento of the country’s tragic past, and evidently, present. It is an influential social commentary on screen. It reminds us of the culture of impunity, which continues to flutter its wings and brush past its innocent victims. But De la Cruz’s message is clear: A bloody revenge is a meaningless, worthless precedent to achieving justice; and the virtues of understanding, compassion and unity are which pave the road to enduring peace.