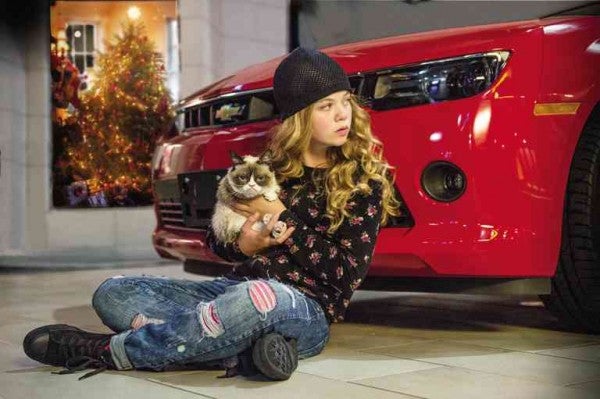 “I haven’t worked with a lot of animals before, but with Grumpy Cat and all the animals on the set, it was the coolest thing ever,” the 13-year-old said in a phone interview. “The trainers were great,” she added.

Aside from hanging out with Grumpy, Megan said, she enjoyed the company of a “cute” bird and puppy. “I definitely had a bond with all the animals,” she said.

Grumpy, a mixed-breed female cat whose photo became a meme and has been captioned countless times since 2012, is Tardar Sauce in real life. She is voiced in the movie by “Parks and Recreation’s” Aubrey Plaza.

Megan recounted, “They [recorded] Aubrey’s voice after filming the movie. The director’s wife read the lines, then they edited her voice out and put Aubrey’s in.”

Of filming “Grumpy Cat,” Megan said, “All the scenes were so much fun, even if I had to cry my eyes out. One of the most fun parts was getting to drive the Camaro; [that] was awesome. And there was this little buggy that I also got to drive for real!”

Megan previously appeared in such high-profile films as “Resident Evil: Retribution,” “Red Riding Hood” and “Mama.” She had roles in TV shows “Supernatural,” “Fringe” and “Psych,” among others.

Megan sees herself working as an actor for many years: “So far, I’m happy with what I’m doing. I hope to [do it for] a really long time.”

Her career goals: “I definitely want to work with some of my favorite actors and actresses and directors. I want to show young girls that, even though we’re younger and people think we’re not capable of doing anything, we can! As an actor, I’d really like to play more (varied) roles, meet new people and travel the world!” 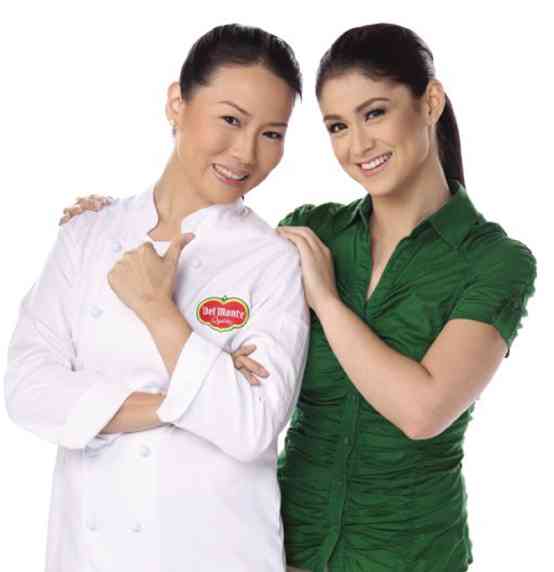 On Dec. 21 and 27, it will be pasta with shrimp and fruit salad. On Dec. 24 and 28, chef Jackie and Carla will show viewers how to turn leftovers into surprises, like ham and eggplant roll-ups and ham-pineapple in a cup.