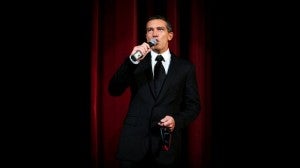 LOS ANGELES – At the recent Toronto International Film Festival, Antonio Banderas was not aware that next in line after our interview with him was Madonna.

Antonio was reminded that 10 years ago, in the documentary “Madonna: Truth or Dare,” Sandra Bernhard asked the Material Girl who she had a passion for. The latter’s reply: “That guy who is in all Pedro Almodovar films – Antonio Banderas.”

When the world-famous Spanish filmmaker invited Madonna to a party in Madrid where she would have a chance to meet Antonio, she reportedly spent several days thinking how to seduce the Spanish actor. However, Antonio was married at the time to his first wife, Ana Leza. So Madonna scrapped her plans. After his divorce with Ana, Antonio married Melanie Griffith.

“So Madonna still didn’t have that [relationship with me],” Antonio declared with an impish grin. But when told that Madonna was coming in less than an hour, Antonio cupped his face and opened his eyes wide in a mock “Oh, no!” reaction.

Despite his funny version of “The Scream,” Antonio was really surprised that his “Evita” costar would be taking his seat next. “She’s going to be here?” he asked. Referring to what he had just naughtily said – that the singer-actress-director did not get to have a relationship with him, Antonio said with a smile, “If you say that to her, she’s going to whack me. She’s going to hit me. Like, pam-pam! Tell her that I love her very much. That I’ve been thinking of her all these 20 years. Almost every day.”

On being reunited with Pedro in “The Skin I Live in,” Antonio said, “The most asked question that I have received in the past 21 years is, ‘When are you going back to Pedro Almodovar?’ It was in the Cannes Film Festival 2002 that he approached me with the idea. He had just read the novel, ‘Tarantula.’ He said, ‘I think we have a story here that can bring us together again after so many years.’ But there was a gap of about eight years when he called me. I was coming out of a workshop in New York. Without even saying ‘Hello,’ Pedro said, ‘It’s about time.’ ”

Antonio plays a plastic surgeon who invents a synthetic skin that he tries on a mysterious woman (the luminous Elena Anaya) in the film that was expected to be Spain’s entry to the Academy’s best foreign language film race. Instead, “Pa Negre” was chosen, marking the first time that Spain is fielding a Catalan film. 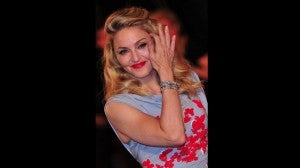 Working again with Pedro was challenging, according to Antonio. “The encounter was difficult because Pedro is not an easy director. He’s very precise and demanding. He doesn’t like actors who are coming with a suitcase filled with tricks of everything that you have been accumulating through the years. So he took this suitcase that I brought and he threw it out of the window.

“He said, ‘We have to start from zero. ‘Comfort-ability’ – that’s not the place that we use to create from. You may use some of those things and they may be very effective. And they may work for audiences. But we don’t work like that, Antonio. I hope that you remember.’”

He added, “From the beginning, Pedro started suggesting to me to create the character in a very specific way – to be very austere.”

It felt like a homecoming for the actor who left Spain for a career in Hollywood. “Going back to work with Pedro is like going back home, to my family,” he said. “Because he is working with practically the same people behind the cameras. So it was like going back to a place that I knew very well.”

He couldn’t stop gushing about the filmmaker who brought him to the attention of international audiences. “I love Pedro,” he declared. “If I die tomorrow, people will remember me as the guy who did six movies with Pedro Almodovar. Yeah, there’s ‘Zorro,’ ‘Evita,’ and so on. But Pedro is part of my professional and personal life. To me, he is a genius.”

Here’s advance word from Joel Edgerton, who’s winning raves along with Tom Hardy for their performances in “Warrior”: “I’ll be playing Tom Buchanan. We really went deep into preproduction and rehearsals. We did a really lovely workshop in New York with all of the actors, Leonardo DiCaprio, Tobey Maguire, Carey Mulligan and Isla Fisher. Baz is the perfect person to take this book on. Fitzgerald has such a great descriptive language and then you need a filmmaker who has a visual language that will match that poetry. I think Baz will do that. He cares so much about this book. I hope it will be great, as the book implies.”

Filming has begun in Sydney, Australia.