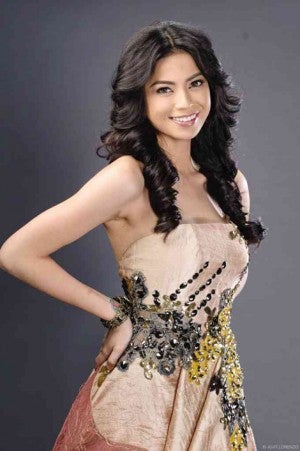 GLAIZA de Castro has proven that she is not just an Angel Locsin clone.

One of the limitations on the local show biz scene in relation to its talent pool is lack of variety. All female starlets want to look and act like Bea Alonzo, while their male counterparts work hard to come off as clones of John Lloyd Cruz or Piolo Pascual. The result is a boring lack of variety and texture that makes most TV-film performances look like they’ve been Xeroxed, instead of organically created.

On the teen performing scene, this limitation is best exemplified by the popularity of two female comers, Janella Salvador and Julia Barretto, despite the fact that they look like they could very well be each other’s twin! Goodness, they even have a commercial in which they look and move in exactly the same way. This is not the way for either one of them to develop long-running performing careers!

Some years ago, this problem also hounded then-newcomer Glaiza de Castro, whose limitation was the fact that she looked a whole lot like the already-popular Angel Locsin.

Glaiza was a gifted performer in her own right, but for the longest time, her career didn’t get anywhere—because, who wants to hire the services of Angel Locsin’s clone?

To her credit, Glaiza faced up to her problem, and did her best to adjust the way she looked and dressed, so she came off more as her own person.

She also developed her other abilities, like singing, so that she could give viewers something that Angel couldn’t. In time, Glaiza began making her own waves, and she now has quite a busy performing career, and few people now make notice of her original resemblance to Angel. As a result, both stars enjoy high-flying careers—a lesson that Julia and Janella should quickly learn!

What about the industry’s male starlets? The up-and-comers include Joseph Marco, Alden Richards, Tom Rodriguez, Kristoffer Martin, Enchong Dee and Jason Abalos? They’re getting good breaks, but on point of stellar impact, they’re still relatively neither here nor there. What’s the problem in their case? We have the general impression that the industry prefers male talents, who aren’t inordinately “threatening” to female viewers, so true “bad boys” are often passed up, in favor of the “slightly sexy” but actually “controllable” boy-next-door types.

It’s really quite a disturbing process of “male emasculation with consent” that producers and directors should reevaluate, because it subliminally limits male comers to subservient roles as “safe consorts,” to the industry’s real stars (now that action films have become extinct)—the TV-film screens’ reigning queens and princesses! A confounding psychological conundrum!

Won’t some media-savvy psychologists weigh in on that potentially emasculating (hidden) agenda?