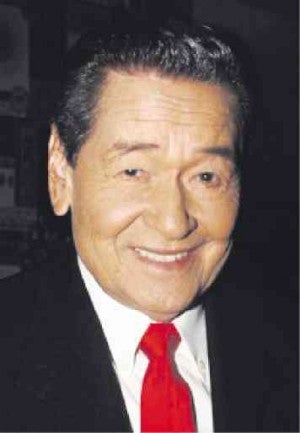 GARCIA. Still on top on his thespic game.

Local TV’s first “Christmas-serye,” “The Gift Giver,” started telecasting last Monday, and introduced viewers to the patriarch (Eddie Garcia) of a family made up of three generations, who have to cope with the unexpected demise of his lovely wife (Alicia Alonzo).

She held the entire family together, so her passing ends up having a huge negative effect on some of its members.

How is the new show shaping up thus far? On point of casting, it’s great to see senior stars like Garcia and Alonzo still on top of their thespic game—and the comeback of Aiko Melendez as one of their children is similarly welcome.

However, it must be said that the series’ progression to date has tended to be predictable instead of organically fruitful. In other words, its plot and character development is too pat and generally uninformed by genuine bursts of artistic and dramatic insights. 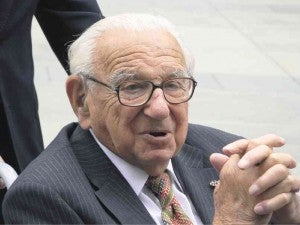 This “by the book” progression makes the new show sometimes feel like a twice-told tale, so we hope that it doesn’t end up weighing the series down for the long run.

Being a limited, “seasonal” series, it has to make its dramatic points briskly and succinctly , so its storytelling should acquire greater edge and focus—soonest!

Postscript: Our recent feature on Sir Nicholas Winton, who organized the rescue of hundreds of Jewish children from Nazi-occupied Czechoslovakia before World War II, has elicited requests for more details. Readers were especially impressed by the fact that Winton is already 105 years old, but still speaks and thinks clearly, and his heroic and humanitarian zeal has not waned.

Winton found homes in England for 669 Jewish children, many of whose parents would perish in Nazi concentration camps. In addition, he established the Abbyfield homes for the elderly in Britain.

On his 105th birthday last May 19, he received the Czech Republic’s highest honor. Many other awards and encomiums have been heaped on his head for being an abiding inspiration to many, proving that “just one man” can make a big difference.

His life has also been the subject of many films, books and plays, which have ended up inspiring even more people.

Winton continues to make people think with his valuable and at times disturbing insights. Just last October, in a BBC interview, he accepted the fact that he had “made a difference to a lot of people.” But, went on to sadly note, “I don’t think we’ve learned anything—the world today is in a more dangerous situation than it has ever been.”

The way out of this downbeat, downhill situation? “It’s up to us!”