Love in the time of Laude 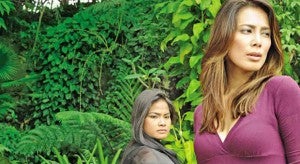 The recent slaying of transgender woman Jeffrey “Jennifer” Laude and various hate crimes against gay people have pushed to the front pages the struggle of the country’s LGBT (lesbian, gay, bisexual, transgender) community.

Awareness has moved from the streets to the media, a crucial battlefield. While the impassioned discussion rages, filmmaker Nerissa Picadizo’s gay-themed film “Astray” won best indie producer (short) at the International Film Festival of Manhattan in October.

The timing couldn’t have been better. Hate crimes are fruits of intolerance and ignorance, Picadizo said.

She explained: “Hatred stems from the inability to accept others as they are. I hope ‘Astray’ will be among those LGBT films that show how love, like people, comes in different shapes and sizes; and that everyone, regardless of sexual preference, wants only to be loved and accepted.”

Picadizo’s 20-minute film “Astray” features Angel Aquino and Althea Vega as gay lovers. “I wanted a well-rounded portrayal of an LGBT couple,” the filmmaker said. By casting two beautiful women as lesbians, Picadizo knew she was going against the               stereotype of butch and burly lesbians perpetuated in media.

“I know a lot of gay women who are feminine and who look as if they just came off the catwalk,” she said.

Apart from financial constraints and scheduling conflicts, finding the right actors was the big challenge.

She was hesitant to ask Aquino at first, Picadizo related, though she knew the actress never balked at offbeat roles. “Turned out, I didn’t have to try too hard to convince her.”

Vega, Picadizo’s friend, was just as open to the prospect. “I knew for a fact that Althea’s career goal was to play characters that would test her versatility,” the director said. “She wanted to veer away from sexy roles.”

Working with the two actresses was a breeze, the filmmaker recounted. “Angel is brilliant. And for someone who is a big name in the industry, she had no trouble taking directions. Althea’s talent is innate. She has the hunger and determination to improve her craft, And she’s a trouper.”

In making “Astray,” Picadizo said, she merely wanted to tell an honest tale of love and loss. She elaborated: “I want the audience to see it as a simple love story. It is about having the courage to express your feelings. Love is love; it doesn’t matter if it’s between a man and a woman, two women or two men, a transgender and a man.”

She described “Astray” as a “deeply personal” film. “I see films as an extension of the filmmaker’s heart and soul. My heart breathes, bleeds and rejoices in this film.” 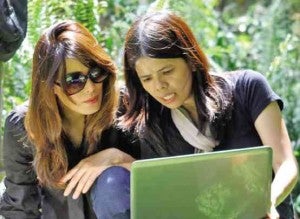 Winning in Manhattan was “bittersweet,” she said. “It was like my child graduated with honors … it’s sad that I couldn’t attend the fest, but I am grateful nonetheless.”

She is looking forward to the film’s Philippine premiere at the inaugural Quezon City International Pink Film Festival, from Dec. 9 to 16, at TriNoma.

Planned for “Astray” are several local and international screenings. “We also hope to make the film available on VOD (video on demand) or pay-per-view.”

Her ultimate dream, said Picadizo, who is currently working on a full-length feature, is to turn filmmaking into a “sustainable career” for herself and help provide jobs for her colleagues. “That would be my modest contribution to the local movie industry.”