Oh, what a fall was there | Inquirer Entertainment
Close
menu
search

Oh, what a fall was there 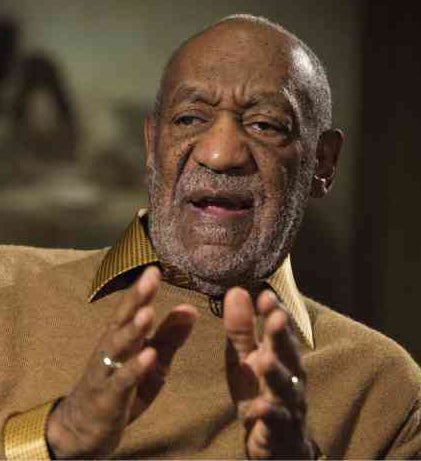 The latest star to bite the dust in a cloud of retroactive controversy and comeuppance is—of all people, the (previously) much-loved and iconic comic, Bill Cosby!

The venerable patriarch of TV comedy met his waterloo just last month, when not one, not two, but more than 10 women separately came out of his dark past to accuse him of serial acts of sexual enticement, seduction—and outright attack.

The flurry of accusations has thrown Cosby and his career for a loop, resulting in the cancelation of some engagements—potentially including a revival of his hit sitcom.

Expectedly, Cosby and his attorneys have quickly and vigorously nixed all of the charges, characterizing his accusers as liars and avid and gravid attention-seekers. But, the sheer number of the aggrieved women has made many people sense that, in this instance, where there’s smoke, there’s definitely a huge fire blazing and simply crying to be put out.

If the charges are true, Cosby’s fans are faced with the unexpected task of figuring him out as he really is, at this late stage of his life and career. For many decades, he’s been warmly regarded as a fatherly—and now grandfatherly—brown bear of a man who loves children and knows how to make them feel good about themselves, and inspires them to develop their talents to their full potential.

How could they possibly reconcile that with the emerging (possible) reality of a star who turns out to have used his power and clout to intimidate young female starlets to do his sensual bidding in quick, covert encounters in studio dressing rooms?

Truth to tell, Cosby isn’t the only secret assaulter in show biz, which is full of men and women who are past masters at using their power to make or break incipient careers, in order to get the sexual favors they demand.

However, it’s Cosby’s exceptionally bad karma to have been unmasked now, an unexpected development that should make other serial sexual despots in the industry either cover their tracks—or, instantly put a stop to their own serial depradations before they end up biting or shafting them where the sun don’t shine!

What makes Cosby’s retroactive fall from grace all the more galling is the fact that he’s been regarded all these years as a senior star who has done more than his share to break color barriers in the industry, so that all the “talents of color” can enjoy equitable opportunities and careers.

Now, it’s turning out that, while he was a hero in the field of equal rights, he was also a zero when it came to respecting women and not forcing himself on them when his enticements or advancements weren’t welcome!

His (former?) fans have their work cut out for them in making some psychological sense of those two diametrically opposed and even contradictory psyches—in just one man!