Rom-com clichés, cloying cutesies from ‘A to Z’ | Inquirer Entertainment

Rom-com clichés, cloying cutesies from ‘A to Z’ 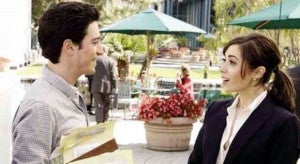 BEN FELDMAN and Cristin Milioti play lovers in “A toZ.”

The new rom-com series “A to Z” is cloyingly cute, brimming with situations and characters that feel familiar—so familiar, that it’s like the “aww”-inducing love child of hit rom-com flicks.

That said, the saccharine romance of these factory-issue characters can be quite persuasive, thanks to decent storytelling and solid portrayals.

Created by Ben Queen (“Cars 2,” “Drive”), “A to Z” refers to lovers Andrew (Ben Feldman) and Zelda (Cristin Milioti). The series is a “comprehensive account of their relationship,” according to the narrator (Katey Sagal).

Titles are alphabetical (“A is for Acquaintances,” etc.), the chosen word corresponding to subject tackled, or at least mentioned, in the episode.

Andrew is a gushing romantic who works in a dating website; Zelda is a guarded, less-emotional person—unsurprisingly, she’s a lawyer who’s cynical about love. They make a connection, regardless, and start dating soon enough, intrigued by each other—it’s revealed in the first episode that they saw each other years prior, when she was in another relationship.

There’s a checklist of potential conflicts. Trust is a big deal; undisclosed matters get unearthed via the Internet, and so on. But whatever misunderstandings are presented, they almost always get resolved quickly and cleanly— it’s barely a half-hour show, and the rather formulaic story is stretched across segments.

Feldman (“Living With Fran,” “Drop Dead Diva”) looks like Scott Baio’s doppelganger—it’s a little eerie, but he’s charming in his own way. There’s chemistry with Milioti (the mom from “How I Met Your Mother”), who makes the most clichéd moments watchable, even interesting.

It could benefit from more quirky bits, like the Lea Thompson guest appearance and a “Back to the Future”-related gag in the first episode.

However, the show’s days are numbered—reports say that it was recently canceled, but that finished episodes will be aired. That’s not entirely unexpected, but the abrupt shortening may still show sides to it that aren’t sappy replicas of other cutesy rom-com stories. Here’s hoping. 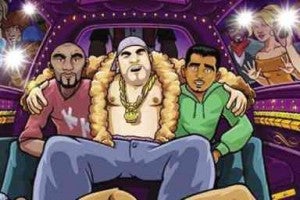 Talent tilt “The Voice” airs Tuesdays and Wednesdays, 8:10 p.m. on AXN, starting this Tuesday, only hours after the US airing. The three-night week of the live playoffs starts Tuesday; performance rounds start on Nov. 18.