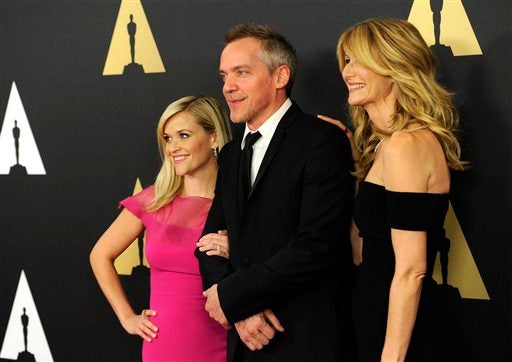 From left, Reese Witherspoon, Jean-Marc Vallee and Laura Dern arrive at the 6th annual Governors Awards at the Hollywood and Highland Center on Saturday, Nov. 8, 2014 in Los Angeles. AP

LOS ANGELES— A constellation of stars gathered in Hollywood for an off-camera celebration of four stalwart film talents.

The Academy of Motion Picture Arts and Sciences established the Governors Awards in 2009 as an untelevised celebration of its honorary Oscar winners.