Grant Gustin–from ‘Glee’ to ‘The Flash’ 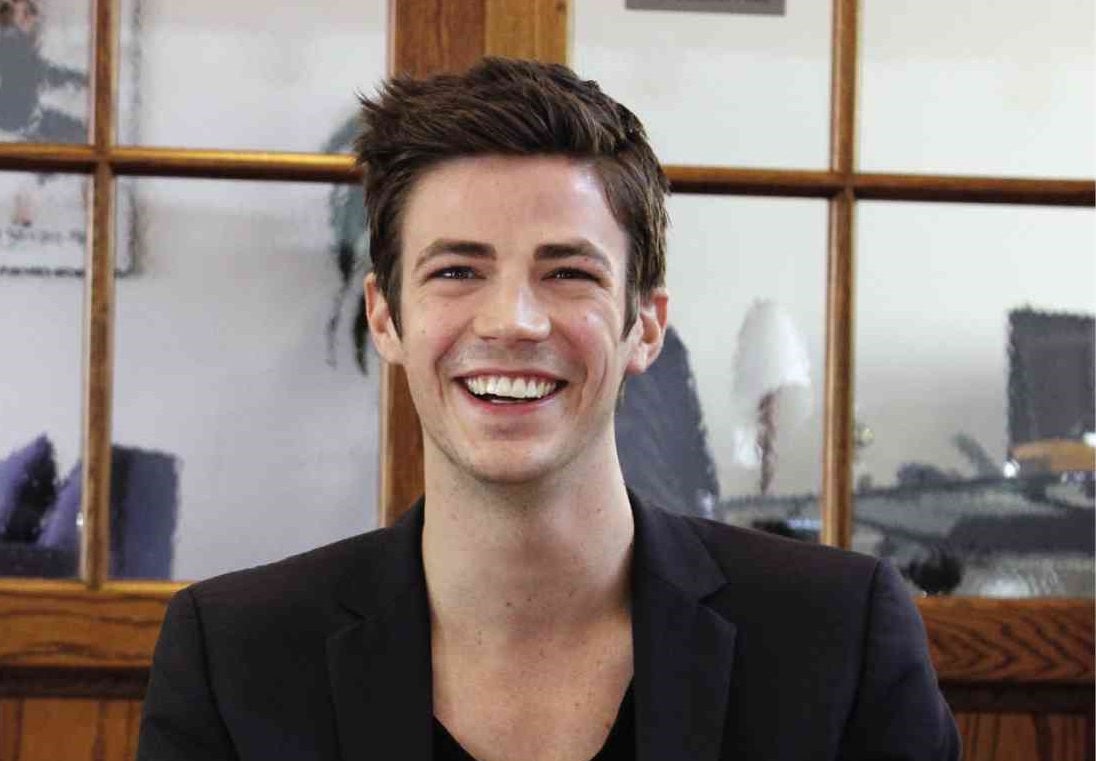 LOS ANGELES—He went from playing an openly gay member of a choir to the fastest man alive. There’s no stopping Grant Gustin who played Sebastian Smythe, a promiscuous and scheming member of the Dalton Academy Warblers in “Glee,” then went on to portray Barry Allen, a forensic scientist who fights evil forces as a superfast hero in the TV series, “The Flash.”

Grant’s debut as a maroon-suited and masked superhero on The CW last month became the most-watched telecast in the network’s history and surpassed the record held by “The Vampire Diaries.”

From LA, the Norfolk, Virginia native moved to Vancouver, where “The Flash,” an “Arrow” spinoff, is shot. He counts Fil-Am Darren Criss, his former coactor in “Glee,” as one of his friends.

In our recent chat while he was back in LA, Grant said he’s been with his girlfriend, Hannah Douglass, an actress and Beyoncé’s backup dancer, “for a few years now.” Below are excerpts:

Can you talk about your experience on “Glee”?

I stepped into something that was already huge with actors who were my age. They were very welcoming.

It made the transition from stage to television a lot easier.

How early did you start dancing?

I started tap dancing when I was 8 years old, because of “Singin’ in the Rain.”

I reenacted movies with my siblings. I would put “Grease” on, and I would make my sister (Gracie) be Sandy and make my brother (Tyler) be Kenickie. Eventually, I started doing community theater.

And how did that lead to breaks?

In my sophomore year in high school, I started going to New York and watching shows. I started to realize it was a career, and I could do it for the rest of my life.

At Elon University in North Carolina, I auditioned for a touring production of “West Side Story.” I got the role, and my mom let me leave school for it. I did that for a year, then I met my manager. I got “Glee” and came out to Los Angeles.

How do you stay fit for the role in “The Flash”?

I have a dance background. But, I’ve stayed physically active even though I stopped dancing about four years ago.

My busy schedule keeps me in shape. The creators seem to be OK with that and embrace my leanness in the role.

Do you also run really fast in real life?

I was fast in school. They actually called me Thunder Foot, because I could kick the ball so far and run so fast.

As far as running on the show, it’s a combination of things. They’ll put me on a treadmill in front of a green screen, hooked up to a harness. I’ll run, and they’ll blow wind on me and make it look like I’m going real fast.

Also, they took around 16,000 pictures of my face and body so they could create a digital double of my body. So, it will be me running, then it transitions to the digi-double, and they morph all that together to make it look like I’m the fastest man alive!