Let’s hear it for Vi 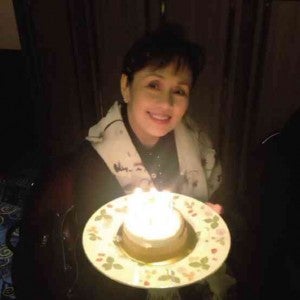 Vilma Santos, known in the biz as Ate Vi, turned a year sweeter last Monday. Her sweetness is innate. Since she is one of my favorite people in show biz, I’m paying her a postbirthday tribute. It’s not too late; one day is not enough to celebrate all the wonderful things that she is.

I asked some celebs to share their fondest “Ate Vi” anecdotes. My fave is the fact that she asks her staff to prepare sumptuous Batangueño specialties every time I visit her in Batangas.

Her warmth is something I take home with me each time. That Ate Vi charisma definitely lingers until my next visit.

In May 1976, the Department of Tourism launched the “Baliksaya” program to urge US-based Filipinos to come home to visit. Local performers regaled our kababayan in 14 states in six weeks.

Vi was the baby of the group. It must have been one of her early trips abroad. When our plane took off, she got airsick. Not even her mom could comfort her.

My late husband Pete and Joseph “Erap” Estrada ended up being babysitters. They gave Vi her first shot of whiskey, while her mom and I watched closely. Then we all started singing, to the delight of our fellow passengers. Amid the revelry, we found Vi snoring away her fear of flying.

Vilma, Tina Revilla and I were at my place, having lunch and chatting. Vi expressed a desire to learn how to cook other dishes apart from her famous “meal-in-one.” She liked the puttanesca and the cheese balls that I prepared for them. She wanted to buy the ingredients that very same day so she could try making those dishes.

We couldn’t take her to the supermarket because she would get mobbed for sure. The next best thing was to bring her to a deli. Traffic was bad so we decided to get down the car and cross the street. When we got to the other side, we noticed that Vi was left behind! She didn’t know how to cross … on her own.

We went back for her, but people had started staring and gathering. The cars that had slowed down stopped altogether. Vi started waving at the fans!

I can’t forget the film that Vilma and I did together, Chito Roño’s “Ikaw Lang.” She portrayed my wife, but I was a bad guy in the movie. In one scene, we had just watched a movie and she complained that she couldn’t understand it. Since I wasn’t facing the camera, I improvised during dubbing: “Paano mo maiintindihan eh, English ’yun.” I meant it as a joke.

When Vi heard my ad-lib, she looked for me all over the studio; she wanted to slug me.

Ate Vi invited Roderick Paulate and me for lunch in Batangas. She served us Batangas coffee. At that time, I didn’t even like black coffee; but thanks to that meal, I became a fan. Even if we don’t see each other often, she finds ways to make me feel how much she cares.

It was such a pleasure working with Vilma in some of Danny Zialcita’s films. We filmed until the wee hours. Even at 4 a.m, Vi was still cool and pleasant. I heard that Danny and Vi were both insomniacs.

My most unforgettable time with Ate Vi was when she guested in my show, “Moments,” on Net 25. She also helped with our MTRCB campaign, “Matalinong Panonood.” She arranged our campus tour in Batangas and joined us in promoting our advocacy.

We all had a blast at the intimate birth anniversary bash for ma cherie amie, Michela “Mic” Cazzola at Hugo’s Grillery and Tapas (Granada St., Quezon City) on Halloween night. 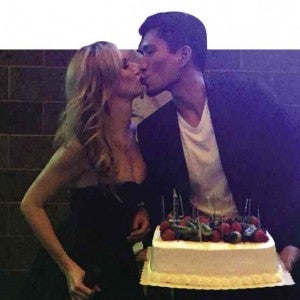 A KISS for Mic. James Yap serenaded her, too, with the song “Beautiful in My Eyes.”

Her boyfriend James Yap gave her flowers and a Louis Vuitton leather piece. “But more than the gifts, it was the sweet notes that he wrote that touched me,” said Mic.

When I teased my amigo James if he thought he might be the next celeb to propose marriage, he chuckled: “Basta ang gift ko kay Mic ay pagmamahal (My gift to Mic is love).”

He sang “Beautiful in My Eyes” for her. A mini-concert led by the Zoo band livened up the fete. Alvin Patrimonio sang “How Did You Know”; Mark Barroca, “Just Once.’

Mic and James were such gracious hosts that we ended up partying till the early morning hours.

Cinema One Originals celebrates its 10th year, with the theme “Intense,” from Nov. 9 to 18, at Fairview Terraces, Glorietta, Trinoma and Greenhills Dolby Atmos theaters.

With over 20 films in the lineup, this year’s Cinema One Originals is the biggest edition so far. For more info: www.facebook.com/Cinema1channel.