Why Piolo ‘felt bad’ for KC 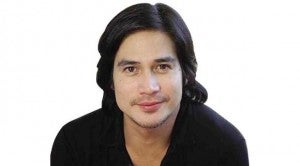 Actor Piolo Pascual said he once promised his son Iñigo that he wouldn’t get into a romantic relationship until the boy turned 18.

“I kind of broke his heart when I went back on my word,” the actor told reporters during the recent “SunPiology Run With the Stars” press conference.

Piolo, 37, dated fellow ABS-CBN artist KC Concepcion three years ago. When they broke up, KC told all on the Sunday gabfest “The Buzz.” The actor opted not to talk about it at first, but said a mouthful in a recent E! News Asia TV special about him.

He said he still loved KC “with all my heart,” but added, “I felt bad for her because she didn’t have to resort to that (going on TV to tell her story)… It’s something I wish she hadn’t done.”

At the SunPiology event, Piolo tried to downplay his comment on the E! News Asia show by saying: “Let’s not make a big deal out of [that].”

Despite that ugly breakup—they’re still not speaking, and avoiding each other at work—Piolo said he would not discourage his 17-year-old son from having a girlfriend. “He has to experience romantic love,” the actor said.

But he’d rather the boy, Iñigo, focused on more important matters, such as finishing high school and making a name for himself in show business. That said, Piolo admitted that he didn’t want his son to be a full-time actor just yet.

“My greatest fear is that he’d stop school once he’s had the taste of earning his own money,” Piolo said. “I’ve come to terms with the eventuality that Iñigo will end up in show biz just like me. He’s very much into the arts, especially theater. When I brought him to New York last year, he said he was thinking of taking acting courses there. I’d be glad to pay for his studies. I want him to have a college degree.”

Piolo said he often worried about Iñigo because of the boy’s tight work schedule. “I think he’s busier than I am,” said the dad. “He juggles work as a student, an actor and a product endorser. He wasn’t supposed to join show biz until he turned 18, but Sun Life Financial got him as an endorser, and then he was offered a movie, which Star Cinema is distributing. ABS-CBN also got him to appear on ‘ASAP’ for a month. I’m glad he’s enjoying himself.”

Registration for the “SunPiology: An Adventure-Filled Fun Run with the Stars” is ongoing until Nov. 12. The annual charity event will be held on Nov. 15, 3 p.m., at the Bonifacio Global City.