MANILA, Philippines— Veteran Nora Aunor was nominated anew for the Best Performance of an Actress award in the 8th Asia Pacific Screen Awards for her role as a human trafficker in Joel Lamangan’s political-drama film, “Hustisya”.

Aunor’s nomination was announced Tuesday in a ceremony at the Treasury Casino and Hotel in Brisbane, Australia. 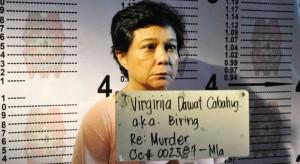 This is Aunor’s second nomination accorded to her by the Asia Pacific Screen Academy after she was nominated and won the Best Actress award for her performance in Brillante Mendoza’s “Thy Womb” in 2012.

Aunor will be competing with Ronnit Elkabetz from Israel, Lü Zhong from China, Tang Wei from China and Merila Zareie from Iran.

Aside from Aunor, Giancarlo Abrahan was also nominated for the Best Screenplay award for his film “Dagitab” (Sparks).

“Hustisya” and “Dagitab” were both screened during the 10th Cinemalaya Independent Film Festival last August.

The Asia Pacific Screen Awards is touted the “Oscars of the Pacific” where it recognizes cinematic excellence in the “world’s fastest growing film region”.

The winners will be announced in an Awards Night in Australia on December 11.